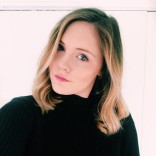 Self-proclaimed comedian and all-day breakfast connoisseur. I like to write…

As humans, we have a tendency to create our own definitions. These definitions are not always as accurate as we think. Read this patient review that answers what it means to be a feminist.

As a female whose friend circle is dominantly male, I have observed negative reactions when the topic of feminism arises. This can be as subtle as an eye roll. It also comes in the form of impatient comments like “I don’t want to listen to this right now.”

At first, my instincts are similar. I clench my teeth and think “oh boy.” This is because feminists have a tendency to project their beliefs loudly. However, it wasn’t until the UN conference released Emma Watson’s speech on feminism that I learned feminists not only to need to be loud to get their point across, but they need to be louder. Unfortunately, there are many who cannot identify what it means to be a feminist.

Many assume that feminism is focused primarily on women’s rights. This judgement stems from my own personal experience. While that is partially true, it is also partially false. In fact, feminism is the advocacy for gender equality.

You may be a feminist and not even realize it

Everyday feminism movements we read about include the #MeToo movement, equal pay for women, etc. While these are significant issues I believe current non-feminists should take a second thought to reconsider, there are other simple feminist ideas that one may not have thought of before.

10 Empowering Songs To Boost Your Mood

For example, men typically are hesitant to cry because of the preconceived notion that it makes them look weak or less of man. However, a woman cries and it’s a brush off the shoulder. Feminism advocates to empower men to express their emotions equally as women do.

Do Not Misunderstand Me

I recognize and advocate to repair the holes in society where women are at a severe disadvantage to men. We live in a man’s world. This exists in terms of the division of domestic labor, the media, social inequality, and violence. However, I don’t need to convince feminists to become feminists. My message is geared to those who don’t yet consider themselves a feminist.

Let us know what you think about what it means to be a feminist in the comments below!

Tags
feminism feminism in society feminist what is a feminist 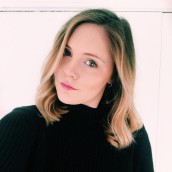 Self-proclaimed comedian and all-day breakfast connoisseur. I like to write about people and the empowering/weird/interesting things about us.

10 College Drinks All Freshmen Will Recognize

What Does Feminism Mean To You?