Temple University has a large campus right in Philadelphia, and it students are as diverse as the city. Of course, an average day at Temple will differ greatly than a university in a residential area. What is a typical day of a Temple student like then? Keep reading to find out!

1. The struggle of deciding what to wear in the morning.

It’s early in the morning, and you’ve slept through your alarm. You don’t have time to think about your outfit too much, so you go with your go-to-outfit, which is a Temple T-shirt. Being a Temple student means that you have a lot of Temple gear in your closet. Showcasing the cherry and white colors, along with the Temple “T” logo is just something you learned to do on a daily basis.

2. Trying to get through those 8 ams.

8 am classes were definitely NOT something you wanted. However, they’re required classes for your major so you have no other choice but to get through them.

3. Trying to power through the campus rush.

All the way from Gladfelter Hall and Anderson Hall to the bell tower, is where you see a big crowd of students trying to get to their classes. Since Temple is right in Philly, this means having to share the campus with people driving through it. Getting through a huge crowd of students and traffic on the roads can be really inconvenient when your next class is on the other side of campus.

4. Seeing all kinds of people at the Bell Tower.

As you make your way past the Bell Tower, you literally see every kind of person there is on campus. From someone preaching about evolution, to Hooter the Owl, you never know who you’re going to see, so be prepared for anything.

Being a broke college student at Temple means using all of your meal swipes. Hey, you’re paying for the meal plan so you might as well make the most out of it.

6. Using your back up plan when there are no swipes left.

If you have the basic 10 meal plan like me, then you probably ran out of meal swipes already. That’s why you have a backup plan, such as buying from the food trucks or stocking up on food at the Fresh Grocer.

The Ultimate Guide to the UF Party Scene

Temple has been doing a lot of construction lately, mainly to build its new library. Although it will be cool to see it open, having sidewalks or roads closed can be really inconvenient to you. Hopefully this won’t be part of a typical day of a Temple student for much longer.

8. Getting another TU alert.

9. Trying to maintain sanity during late nights at the Tech Center.

Okay maybe procrastinating on that English paper was a bad idea. Now you have to stay up late finishing the entire paper at the Tech Center. How many cups of coffee can you drink until you lose your mind?

After a long day at Temple, you can finally catch some sleep (or at least attempt to with all the noise outside your window). Then, you get ready to do it all again tomorrow. You know that it’s all worth it to be a student at Temple!

Did we miss anything in the typical day of a Temple student? Feel free to comment below and share the article! 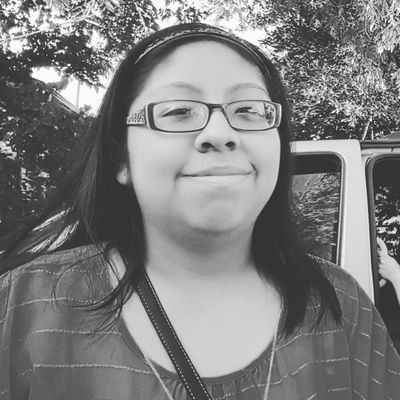 Michele Mendez is a student at Temple University studying Media Studies and Production with a concentration in Emergent Media and a minor in Art. She is the Arts and Entertainment Editor for Her Campu

7 Tips For What To Wear To A NDSU Frat Party