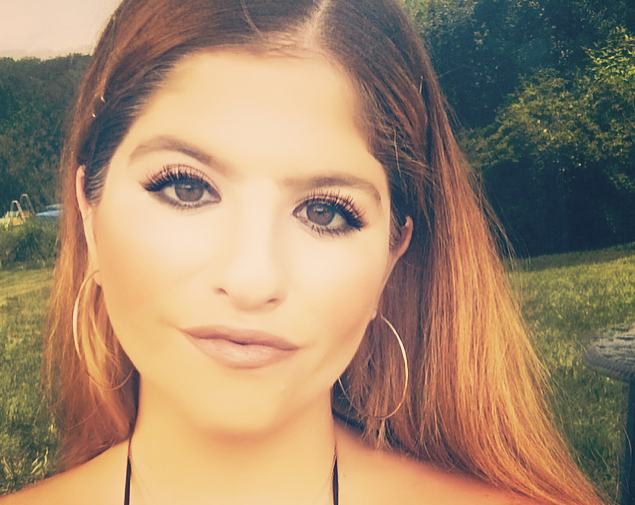 This Clear Camping Tent Will Blow Your Mind

When you and your boo sit down to binge watch a show, what do you put on? I highly doubt that he is interested in watching the new Gilmore Girls revamp and you don’t want to sit around watching some show full of blood and gore. With so much content to choose from these days on all of the different streaming platforms, how do you even choose? Take it from me, I have one of the pickiest boyfriends in the world when it comes to choosing something to watch. Here are the 15 best TV shows to watch with your boyfriend.

Aziz Ansari is an absolute comedic genius in Master of None. His character Dev is a 30-something-year-old who cannot seem to get a grip on his career or love life and is loosely based on Aziz’s real-life experiences. He is a New York-based actor who is single and looking to find himself in the city. It’s a great show and the second season is based in Italy.

This show is one my boyfriend’s all-time favorites and we can’t wait for the new season to come out. It’s basically about British gangsters in Birmingham after World War 1. It is an action drama but there is not too much blood and gore, I actually really like it. It’s got a captivating story line and lovable characters. The mob boss, Tommy Shelby played by Cillian Murphey is extremely dreamy to watch as well.

The Last Man on Earth is definitely one to watch if you’re both in need of a good laugh. I absolutely love this show it has so many hilarious actors and actresses in it. The show takes place in the future and a disease seemingly wiped out the entire population. Phil (Will Forte) thinks he is the last man on earth and travels the country looking for other signs of human life. He winds up coming across another survivor (Kristen Schall) and they have some adventures together before coming across a few more people. The group works together to make some kind of a life out of the resources they have left.

He winds up coming across another survivor (Kristen Schall) and they have some adventures together before coming across a few more people. The group works together to make some kind of a life out of the resources they have left. It is seriously a show that will have you cracking up.

Stranger Things was actually intended to be a mini-series, as it is only eight episodes, but the response to the show was so positively overwhelming that there is another season coming out this October!

The thrilling series stars Winona Ryder as Joyce Byers, a woman living in a small town in the eighties with her children. When her 12-year-old son Will goes missing, she is willing to do anything to get him back. As she looks for answers, she discovers unbelievable mysteries unwinding before her eyes like secret government experiments, supernatural forces, and a very strange little girl named Eleven who loves Eggo waffles.

I cannot say enough good things about this show and you could binge the entire thing in one weekend… or one sitting depending on how deep of a binge you’re looking to get into.

I describe Wentworth to my friends as Orange is the New Black but 10x better. So, if you liked that show you’ve got to check this out. Wentworth is like a more realistic, dramatic series about women in prison. The storyline is so amazing I seriously cannot stop watching when a new season comes out.

It’s an Australian-based show about a character named Bea Smith who is placed in a federal women’s prison while she’s awaiting trial for attempted murder of her abusive husband. She has to learn the ways of the prison real quickly if she wants to make it out alive and home to her daughter Debbie.

Bea Smith is locked up while awaiting trial for the attempted murder of her husband and must learn how life works in prison. Bea learns the ins and outs of prison life but I can’t even tell you more than that because so much happens and I don’t want to give too much away. This show is amazing and everyone I recommend it to literally thanks me for introducing them to it.

Westworld is a new show on HBO, there is only one season out but a second is on its way. It’s about this futuristic “amusement park” for rich vacationers who are looking to get away from their real life. It is like a virtual place that people can go to live out their wildest fantasies. The only problem is, the people that “work” in this park are robot humans who begin to think for themselves and realize they don’t want to be stuck in this “Westworld.”

Vice Principal is a hilarious comedy on HBO starring Danny McBride who plays the Vice Principal of a high school who competes with another teacher to become Principal, even if that means setting the current principal’s house on fire to get her out of the school district. It is silly goofy, humor that your boyfriend will love but not dumb boy humor that you will hate.

The new season just started on HBO so after you binge watch the first season, you can pick it right back up where you left off.

Weeds is one of my favorite shows. I’ll still rewatch it sometimes. It was created by television genius, Jenji Kohan, who created Orange Is The New Black. Mary-Louise Parker plays Nancy, a widowed mother of three who becomes a pot dealer to support her family during difficult times but then transforms into somewhat of a drug-dealing queen.  It’s eight seasons of awesomeness.

Entourage follows a crew of guys from Queens, New York who migrated west to Los Angeles, determined to make it big in Hollywood. The star of the group is Vince, played by Adrian Grenier, who leads his half-brother, Johnny Drama (Kevin Dillon), assistant Turtle (Jerry Ferrera), and buddy Eric (Kevin Connolly) through the fast-paced life of parties, women, and making big deals. I can’t forget to mention his high-strung agent Ari Gold, played by Jeremy Piven, who totally makes the show.

You can binge watch Entourage and then follow-up with the movie!

Breaking Bad is one of the best shows to binge watch with your boyfriend because you will both get so into it. The drama stars Bryan Cranston as Walter White, a high school chemistry teacher who gets diagnosed with cancer. He can hardly make ends meet as it is.

He teams up with Jesse (Aaron Paul) to manufacture and sell methamphetamine as a way to secure his family’s financial future but he doesn’t have a clue what he is actually getting himself into.

Best Apple Products To Buy In 2019

The first season is the classic “Haunted House” but the following seasons vary from Circus, to Coven, to Asylum, to this year’s Cult, which hits a little too close to home right now. American Horror Story is creepy but it’s not scary and it’ll definitely have you huddled close to your man while you watch, so there’s a plus.

Here’s another semi-creepy one for you: The Path. The Path follows a family who belongs to a new-age religious group known as Meyerism. They don’t want to call it a cult but that’s basically what it is. Aaron Paul stars in this Hulu Original drama with Michelle Monaghan and Hugh Dancy.

Aaron’s character Eddie has a vision about the group’s founder that leads him to question the validity of the faith. His wife (Michelle Monaghan) is an important figure in Meyerism who isn’t about to let her husband destroy her family her her religion but she soon learns that everything isn’t as it seemed to be as she rises in the ranks of the cult.

I binge watched Ozark in a single day. I always enjoy watching Jason Bateman and this was no exception. Bateman plays Marty Byrde, a financial planner in Chicago who got into the money laundering business with a dangerous Mexican drug lord. To avoid being killed after his partner stole from the drug lord, Marty comes up with a plan to move his entire family to the summer resort community of Ozark, Missouri while he launders $8 million in three months.

Bloodline is a thriller that delves into the dark secrets that one family is desperately trying to hide. The Rayburns are a hard-working all-American family that own and run a resort in the Florida Keys. When an unthinkable crime takes place, all of their lies begin to crumble and the truth begins to come out, which could be the demise of these siblings.

Bloodline is captivating and will have you totally hooked until the end. You will be shocked when you find out what this picture-perfect family is hiding.

Black Mirror is hands-down the best show I’ve watched in a while. It totally gives me Twilight Zone vibes. Each episode is like its own mini-movie, each episode is totally different with new characters and a new story.

They are all suspensful, satirical tales that explore futuristic scenarios that tap into the collective unease about the modern world. Just trust me on this one, you will both love it.

What are your favorite TV shoes to watch with your boyfriend? Next time your man asks you to Netflix and chill, hit him with these 15 Best TV Shows To Watch With Your Boyfriend.

What To Know For Your First Tailgate Experience

This Clear Camping Tent Will Blow Your Mind