A big part of Baylor University is the option for students to join Greek Life. Approximately 25% of students are involved with Greek life at Baylor University. With the Interfraternity Council, Multicultural Greek Council, National Panhellenic Council, and other Greek organizations all having chapters on campus; there is a wide variety of groups to choose from. There’s a limited number of celebrities that were involved with Greek life, due to the fact that their careers took off so early in their lives. But I’ve come up with a list of 10 celebrities that were involved in Greek life at their school, and why I think they’d be a great fit in the chapters at Baylor as well!

First on the list is Michelle Pfeiffer. Pfeiffer is an American singer, actress, and producer. You have probably seen her in Scarface, Grease 2, and I Am Sam. Pfeiffer is also currently working on post-production for Murder on the Orient Express. She does many different forms of charity work, such as supporting the American Cancer Society and Humane Society. As a student, she attended Golden West College, where she pledged Alpha Delta Pi; therefore, making her the perfect ADPi for Greek life at Baylor University as well!

Matthew McConaughey is an American actor best known for his roles in The Paperboy, The Wolf of Wall Street, Free State of Jones, in addition to his latest role in the animated movie Sing. McConaughey was born and raised in Texas; he attended the University of Texas in 1989 and graduated in 1993, with a degree in Radio-Television-Film and as a member of Delta Tau Delta fraternity. I’m sure the men of Delta Tau Delta at Baylor wouldn’t mind having Matthew McConaughey participate in their All-University Sing, which is a big part of Greek life at Baylor University!

When she isn’t on screen as Olivia Benson on Law and Order: SVU, Mariska Hargitay does a lot to help the world around her. She is the founder and president of the Joyful Heart Foundation, which provides support to women who have been sexually abused. The foundation has raised $20 million and helped over 5,000 victims as of April 2011. Hargitay also donated money for scholarships and the Obama Victory Fund to her Alma Mater, the UCLA School of Theater Film and Television. During her time at UCLA, Hargitay pledged Kappa Kappa Gamma, making her a perfect candidate for KKG at Baylor.

Luke Bryan is a country singer and songwriter from Georgia. Since beginning his music career, he has released 5 albums, his latest being “Kill the Lights”. He cited influences in his career as being country artists: George Strait, Alan Jackson, Alabama, and Merle Haggard. In 1999, Luke Bryan graduated from Georgia Southern University, with a degree in business administration, also as a member of the Sigma Chi fraternity. Being that he is a singer with a business degree, Baylor Sigma Chi probably wouldn’t mind having Luke for their Wall Street themed All-University Sing act.

Alicia Keys is an American singer, songwriter, record producer, pianist and actress. She released her first album, Songs in A Minor, in 2001 and has seen success with each album since. Keys was also accepted to Columbia University in 1994, the same year she signed with Columbia records. Although she dropped out of Columbia University to pursue her dream of singing, Alpha Kappa Alpha inducted her as an honorary member later on. Alpha Kappa Alpha is one of the National Panhellenic Council organizations on campus at Baylor, and I’m sure Alicia Keys is welcome to stop by anytime!

Jenna Dewan Tatum is an actress and dancer. She began her career as a backup dancer for artists such as Janet Jackson, Pink, Missy Elliott, and Christina Aguilera. You probably recognize her as Nora in the movie Step Up. Tatum was also featured in a short-lived NBC series called The Playboy Club, and had a recurring role on season two of the FX series American Horror Story. Tatum received a degree from University of Southern California, where she was also a member of Pi Beta Phi; I’m sure the members of Greek life at Baylor University would have no problem accepting her application for chapter affiliation!

Angela Kinsey is an actress best known for her role on The Office as Angela Martin. The one thing that makes Kinsey stick out from everyone else on this list is that she actually was in a sorority at Baylor University. Kinsey graduated in 1993 as a member of Chi Omega, and with a degree in English. She moved to New York City to work for the Late Night with Conan O’Brien, and later moved to Los Angeles to pursue her acting career. What better place for Kinsey than the chapter she was already in?

Shaquille O’Neal is a retired professional basketball player. O’Neal was born in New Jersey and spent a large portion of his life moving around the world, due his stepfather’s involvement in the army. Although he moved around a lot, he spent a good bit of time near the Newark Boys and Girls Club. He actually credits the Boys and Girls Club with helping him to stay off the streets. O’Neal attended college at Louisiana State University, before leaving early to compete in the NBA. Due to his involvement with Omega Psi Phi at Louisiana State, Shaquille O’Neal would be a great addition to the chapter in Greek life at Baylor University as well!

Tory Burch is a fashion designer and businesswoman. She is the chairman, CEO, and designer of Tory Burch LLC. In 2009, Burch founded the Tory Burch Foundation, which serves to support women in the business-world through loans, mentoring, and education opportunities. In 2014, former President, Barack Obama, named Burch an inaugural member of the Presidential Ambassadors for Global Entrepreneurs in the United States. Before all of that, she attended University of Pennsylvania and was a member of Kappa Alpha Theta; therefore, Kappa Alpha Theta would be a great place for her here at Baylor as well!

Willie Nelson is an America singer, songwriter, author, poet, actor, and activist. A Texas native, Nelson spent most of his life in Arkansas before, finally, returning to his home state for college. He has acted in over 30 movies, authored and co-authored several books, and released a plethora of studio albums (several of which took him to #1 on the charts). Back during his college years, Nelson attended Baylor and rushed Tau Kappa Epsilon. I don’t think the chapter would have a problem with welcoming Nelson back as an honorary member!

These are some celebrities that were involved with Greek life, back when they were in college; and how I think they would fit in with Greek life at Baylor University! What do you think? Share in the comments! 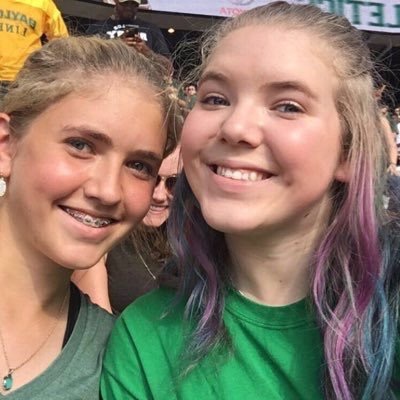 Hi guys! My name is Cammie Clute and I am a freshman at Baylor University! I am a Film and Digital Media major and a member of Alpha Delta Pi.

10 Reasons Why Going To College Is Important

*10 Celeb Styles You Can Affordably Recreate

What Celebrity Products Are Worth It?