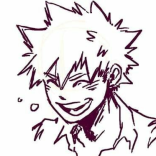 Kongos are a four-man alternative rock band, made up of four South African American brothers. Most people have heard their song, “Come with me now”, when it took over radio stations and television a year after its release. But other than that, nobody really knows their songs and albums.

Kongos have released three albums over the years, with Lunatic (2014), Egomaniac (2016), and their most recent release- 1929 (2019). They have a wide range of musical abilities, with their songs showcasing their different talents. Their song Autocorrect, for example, molds hard moving rhythms into a unique, modern and synthetic vibe. On the other hand, their song travelling on, in particular, is a great show of their melodic and soft vocals.

Akim & The Majistret are a Malaysian based progressive rock band that has been active since 2014, when they released their first single- Mewangi (lit. scent). Their songs are written and sung in the Malay language, and they have released 8 singles and 1 studio album, Patriot (2015), since their formation.

Now, before you immediately write Akim & The Majistret off because they don’t sing in English- hear me out. Or rather, hear them out. You might just be missing out on an amazing band, all because you don’t understand their language. Akim & The Majistret have amazing vocals, and catchy songs- anything and everything your average rock fan would ask for in a band. Their song Lagu Untuk Laila (lit. Song For Laila), in particular, is one of my favourites- showcasing their great songwriting skills and talents.

They have great vocals and harmonies, amazing hooks, catchy songs- basically anything and everything a rock fan could ask from a band. Their song Timothy, in particular, really showcases their talents and amazing vocals.

Okay, okay. Just hear me out here- I know So Hideous are a heavy metal band and not rock, but I couldn’t just leave them out of this list. So Hideous was formed in 2008, and have released one EP, To Clasp a Fallen Wish With Broken Fingers (2011), and two studio albums, Last Poem / First Light (2014) and Laurestine (2015) since formation.

Oddly enough, their screaming vocals are somewhat soothing, alongside their beautiful instrumentals and lack of lyrics. Their song Yesteryear, from the album Laurestine, is one of my favourites.

Starset is an American electronic/symphonic rock band from Columbus, Ohio. They were formed in 2013, and have realeased two studio albums since- Transmission (2014) and Vessels (2017).

Their songs tend to be connected with one another, with a narrative formed around each album, but all songs are amazing on their own as well. If you’re looking for a song you can jam to, and play on repeat- any song from either album might just be for you. However, if you want the full listening experience and a deeper connection, listening to each album in full and in order will take you on a journey both musically and thematically, using its rhythms, vocals, melody and lyrics to carry you along.

Another thing to note is that recently, members of the band have whipped their social media pages and changed their profile pictures. This might be an indication of new work coming out soon, so be on the lookout for new music!

Have you ever heard of these rock bands? Are there any more underrated rock bands you think should’ve been on this list? Write your thoughts and opinions down in the comments and don’t forget to share this article to friends and family who might be interested!

7 Fun Hobbies To Take Up This Summer