The early to mid 2000s pushed out some of the best songs and albums that we all have jammed out to. These are 20 of the best 2000s songs you forgot about or secretly have been listening to on the daily.

This contemporary R&B hit started off the decade on a positive note in 2000, with Shaggy and Rayvon setting the standard of romance to which every teenage boy was set by girls everywhere. The unique reggae-esque beat combined with Shaggy’s smooth vocals and Rayvon’s iconic sound are a perfect musical storm.

Uncle Kracker is the king of producing songs that can be recognized within the first few seconds. We all “followed” this contemporary country sensation into the century on a fun and breezy note, and still get those same warm and fuzzies every time we hear his voice today.

You may not have completely forgotten about this 2001 pop-punk knockout because of its recent comeback at frat parties and appearance on the ever so popular Spotify playlist, “Songs That Get Drunk White Girls Excited”.  Although this modern rock hit may be the most recognizable of the band’s repertoire, it was accompanied by The Middle’s 2007 album Chase This Light on the top charts, as well as their 2004 hit “Pain”.

I am not ashamed to admit this one has over 200 plays on my iPod since the beginning of 2017 – for good reason! Although Uncle Kracker has not produced an album since 2012, his crowd favorites, like “Drift Away”, “Follow Me”, and “Smile” are still near and dear to our hearts. 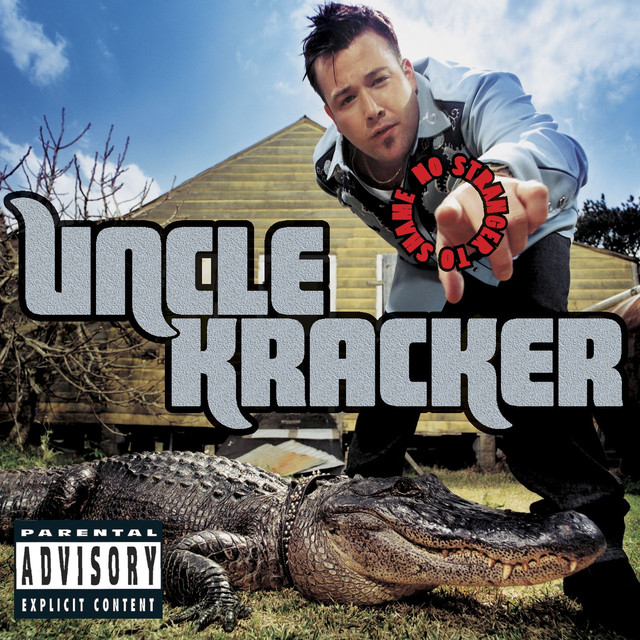 We are in heaven when it comes to this summer jam, with its upbeat rock sound and Spanish infusion. My personal favorite way to enjoy this oldie is in the car with the windows down on the way to the beach.

Everyone’s favorite alternative 90s band came out with this entirely acoustic hit two years before their infamous hiatus in 2005. If you’re feeling particularly nostalgic or emotional, this sentimental ballad is the song for you.

This legendary duo scored a Grammy in 2004 for their performance of this classic R&B melody. This wistful ballad romantically plays on an adolescent fling through the velvety voices of the immensely talented Usher and Keys.

This 2005 pop single is a perfect example of a song that everyone knows the words to and has no idea how. The Click 5 epitomizes 2000s pop-rock, with their matching sideswept emo haircuts and angsty tunes about the woes of teenagerdom.

Before he was Cee Lo Green, Gnarls Barkley came out with this “crazy” popular single. We all remember when we lost our minds over this catchy tune eleven years ago, but we may have forgotten about it since then. This hit is sure to bring you right back to 2006, the year of Hannah Montana’s television debut and the official launch of Facebook.

This 2006 classic combines a ballad with Akon’s signature musical blend of reggae and pop to produce a melodious masterpiece. “Don’t Matter” definitely tops the list of ultimate apology songs and has probably made it onto one or two “I’m Sorry” playlists in the past eleven years.

As the title suggests, this rock front-runner is a staple for any summer playlist. It details an ideal summer and has no doubt been a cure for some bored teens’ search for summertime fun inspo since 2007.

Everyone can recognize the iconic first few beats of this 2007 favorite. Fun fact: this bop is actually a rendition of Ben King’s famous “Stand By Me”. Whether it reminds you of frat parties or…whatever you may have been doing in May 2007, this signature Kingston hit is always a crowd favorite.

Another of our favorite musical pairs came out with this hip hop smash ten years ago. No pregame playlist is complete without a little TP and CB, and who doesn’t love combining the two??

Following Sparks’ success on American Idol in Season 6 of American Idol, she came out with “Tattoo” as her debut single. This emotional and powerful croon introduced her first album, which included other favorites, like “No Air” and “One Step At a Time”.

Any true American Idol fan remembers Elliot Yamin, a quirky yet lovable singer from Virginia who was oddly allergic to almost everything. Though he has come out with a few albums since his stint on Season Five of the Fox talent competition, Yamin melted the hearts of teen girls everywhere with this romantic R&B hit.

Another personal favorite of mine, “With You” is played at least once every time I get in the car. As a part of Brown’s second album in 2007, this smooth ballad reached number two on the Billboard Top 100.

I am not exaggerating when I say the most exciting moment of my early adolescence was watching this duo perform this powerhouse R&B single on American Idol in 2008. Whether you mimic Jordin’s impressive range or lip-sync Chris’ smooth vocals, one thing is for sure: you are still jammin’ to this one 10 years later.

Released in 2009, this R&B/hip hop hit peaked at number three on the Billboard Top 100 and was nominated for two Soul Train Awards and a Grammy. This one is a staple on my own iPod and never fails to pump up a crowd.

This girl power hit is undoubtedly one of the best GNO pregame songs ever. Keri Hilson’s soulful voice and overt confidence showed every girl how to be a sassy, independent woman in 2010 and still continue to do so to this day.

Although this R&B hit technically wowed us in the 2010s, Usher’s suave singing skills are too good NOT to include here. With lyrics that suggest Usher is cool with his girl being a stripper, this smooth croon epitomizes “modern romance” and reminds us how much we love this Texas native.

Do you have any songs that should be on the list for the best 2000s songs!? Share in the comments below!

20 Things You Need To Know To Survive North Attleboro High

10 Songs You Need To Listen To During Cardio Training

10 Relatable Mama Mia Lyrics That You Need To Know

Best Songs of the 2000s That We’re Still Obsessed With