Living with someone else for the first time in your life can be crazy. For many of us, moving into college for our freshman year means getting lumped with a total stranger..and sometimes that stranger is a little more strange than you thought he/she would be! Here are a few stories that will make you feel blessed for having the freshman roommates that you do!

2. “My freshman roommate took 90 mg of adderall everyday and would sweat uncontrollably and she would get so f*cked up at night. One night I got home and I found her in my bed and all of my food was gone including my homemade banana bread. I woke her up and told her to go into her bed and she responded, “no your bed has a Tempurpedic pad that’s $100 more than mine so I will not get out.” I then tried to pull her out of my bed, but I just gave up and went to my boyfriends.”

3. “One time, my roommate stood in a dark corner staring at me for 15 minutes before I realized he was there…”

4. “My roommate peed the bed and slept in it for two days until our room smelt like a liter box.”

5. “She dragged me out of bed in the middle of the night and made me stand in the hallway while she had sex.”

6. “My roommate threatened to kill me over A PAIR OF PANTS and the police had to get involved. Needless to say, she had to move out.”

7. “He drunkenly filled my bed with stale bread and refused to clean it up for five days. Crumbs everywhere.”

8. “She threw MY whiteboard at my head during an argument.”

9. “I came home really drunk one night and my roommate decided to put plastic wrap on the toilet seat. Pee Everywhere.”

10. “My old roommate let her bf move into the apartment. He didn’t work, look for a job or do anything but sit on the couch watching videos on how to crochet cat toys for the cat I didn’t want them to have. They built a cardboard castle that wrapped around the living room. Neither of them showered, and you could smell their BO on the couch. They also didn’t wash their clothes, they smelled so bad.”

11. “Came home and she was having sex on my bed. She didn’t wash the sheets either.”

12. “My roommate was inconsolable because someone called a frat dog a slut.”

13. “I woke up to my roommate jerking off under the blankets.”

15. “My roommate took nude photos in front of me like it was no big deal. It was a big deal.”

16. “She puked up Doritos in her bed and continued to eat them…”

17. “My ex-roommate kept food and garbage lying around collecting mold and wouldn’t clean. She threw trash on the floor, and had the bin piled up over a foot above the top. It was so bad, I was moved and put into an emergency room until I could find a permanent place because my room was a legitimate health hazard.”

18. “My roommate set alarms at 4:30 a.m. 3 days a week. The worst part was they wouldn’t wake him up so he set multiple, usually around 6 but I’ve counted as many as 11. On top of that he had a deviated septum and snored like a chainsaw every night. The worst part of it all was when I told the RA about it he told me to deal with it…”

19. “She shaved with the shower curtain open and proceeded to ask me to inspect the area and ask if she missed a spot.”

20. “He flooded the bathroom from the toilet at least once a week but wouldn’t clean it. I was always on shit duty.”

Do you have any hilarious nightmare stories about freshman roommates? Let us know in the comments! 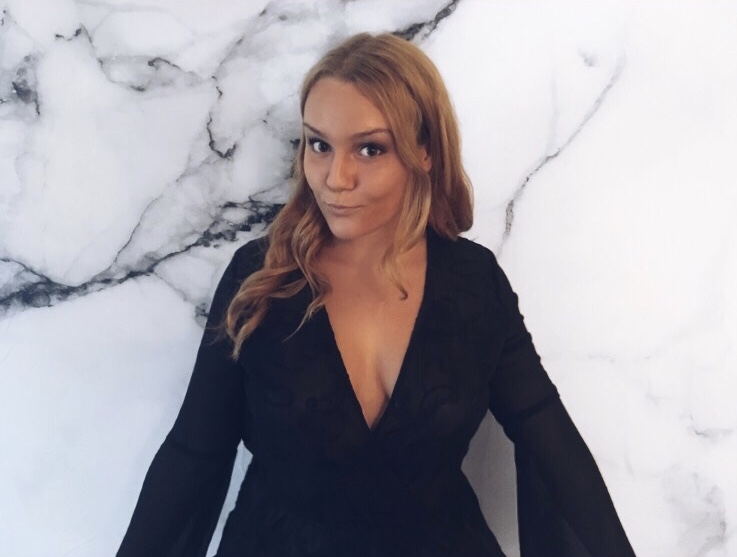 Hannah is a public relations major at Penn State University. She is also an active council member of Kappa Delta sorority. She loves reading, writing, and relaxing on the beach!

19 Pictures Of Cuddling Puppies To Get You Through Finals

Everything You Need To Do Before Applying To College