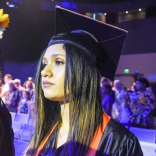 The Reason Leap Year Is A Thing

The Best Holiday Gift Ideas For 2020

The holiday gift-giving season is right around the corner, and it’s around that time that you start getting ready to purchase gifts to put out under the tree. Maybe you’ve been planning on it, but you just don’t know where to begin; well, no worries. Here are some of the best holiday gift ideas for 2020.

This game has been talked about since it came out. For a while, it was hard to get your hands on it. With the release of Animal Crossing, the Nintendo switch gained even more traction. It was one of the most talked-about releases. The Nintendo switch costs roughly about three hundred dollars. I know with that price tag, it may seem like a lot. However, compared to other gaming devices, it’s actually not that much. The games for this console are about sixty dollars, the same price for a ps4 game. So it’s not like it is insanely expensive but very well budgeted compared to other gaming consoles.

Another gaming console made it on the list. This console is the most talked-about of this year, completely taking over its rival Xbox. Although there isn’t an exact date that the PS5 will come out, Sony has announced that it is set to come out during the Holiday 2020 season. It is also rumored to have a release date one week after its rival Xbox, set to come out on November 6. Maybe your boyfriend or son has the PS4 or Ps4pro, but the PS5 is different. In fact, it’s designed, and looks are entirely different than the traditional Play Stations that we all know and love. It’s sleek and white with grayish-black details.

Also, the graphics (which is an essential thing in the gaming world) is said to be off the charts. Everybody has seen the meme when you have to wait forever and get a snack while waiting for the PS4 to download a game well with their ultra-high-speed SSD that won’t be a problem with the PS5. The high-quality video game reality makes it seem that you’re in the game with them due to its high 4k quality and stunning resolution. It has an 8k outport so you can play your games on 4320p. If you have someone who is a huge sony fan and uses their console to do live streams and games, this is the console to purchase for them. It is said that the regular model will be around $499, but with its brand new graphics and audio, it’s what to be expected with the console that comes with the works.

When this came out, lots of people decided they no longer wanted headphones with wires, and now apple released their pro version of their wireless AirPods. These AirPods come with noise cancellation so you can just secretly drown out annoying noises of the hustle and bustle around you. They also come with their transparency mode, so if you don’t want to drown out the noise, you can still hear what’s happening without your hearing being completely drowned out by your music.

One of the nice things about the AirPods Pro is that it has three different sizes for the silicone part so you can choose what fits better inside of your ear and click it on. The tapered tips fit into the person’s ear shape, so you don’t have to worry about it being uncomfortable or falling off as it stays secure. The charging case for these bad boys also has a 24-hour life span, so you don’t have to worry about your headphones dying out on you during a road trip. These tend to cost around $250 while the regular AirPods cost around $150 to $199. Whatever type you plan to choose, these are perfect for those who wanted to join the hype and are sick of the wires.

If there was ever a time to start recording what is happening, it’s this year 2020. There are plenty of video camera choices; however, I prefer the ones that have the flip screen, so that way, you can see what you are recording is in focus or not. This option is especially useful if you want to do a documentary style or sit down videos. The Nikon D5600 DSLR video camera is one that plenty of YouTubers and content creators use. This bundle comes with two different lenses, 18mm-55mm and 70-300mm, perfect for those farther wide shots you might want to take. Since there are various options, it comes down to what you think the person will choose more and if they have a preferred brand like Nikon versus Canon. Whenever looking at video cameras, I suggest you make sure that it has the flip screen. It is a game-changer before you even know it is a game-changer.

Well, there you have it the best holiday gift ideas for 2020. It might seem like it is technology-driven, and it is. Nowadays, everything is so internet-based that having a better understanding of the technology world could really boost you when looking into our technology-driven future.

Are there any holiday gift ideas that you think I might have missed for this year’s holiday season? If so, please let me know in the comments down below.

The Reason Leap Year Is A Thing

7 COVID-Themed Gifts to Give This Holiday Season

12 Birthday Gift Ideas You Have To Get For Your Girlfriend