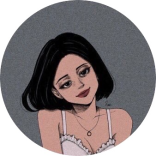 I Met That Dad From Gossip Girl

Every single woman is iconic from the second we are conceived, I don’t make the rules. We all have the potential to be a #Girl Boss and take charge of our lives and happiness. These fictional and non-fictional badasses can inspire us all to boss up our lives:

Elle Woods is the ultimate girl boss, no questions asked. For anyone who hasn’t heard of her: In Legally Blonde, Elle passed the LSAT, got into Law school, and proved herself to be an extraordinary lawyer after being dumped by her boyfriend for his doubts. Although she was underestimated by many because of her looks (and essentially, being a stereotypical girl), she breaks gender roles, never gives up on herself, and along the way encourages the idea of girls supporting girls. The next time someone acts surprised when you speak of your accomplishments, think of Elle and respond: “What, like, it’s hard?”.

Andy from the Devil Wears Prada

Andy from The Devil Wears Prada can teach us all how to be a Girl Boss in multiple really important ways. The first thing we can learn from her is to be proud of who we are. When Andy is denied a job at a fashion magazine simply because of her appearance, she doesn’t give up and instead defends herself, stating that her work ethic should matter more than her clothes.

Throughout the movie, Andy turns herself into the ultimate powerhouse by letting others help her with what she doesn’t know, this is crucial to her success. Through making connections, being open-minded, and overall working extremely hard, Andy turns out to be what “a million girls would kill for”. But, she doesn’t let fame or money get to her head. By the end of the film, the most important thing we can take from her is to stay true to ourselves while working towards success.

Anyone who has watched Sex and the City already knows that Samantha Jones is as badass as a woman can get. Despite her age or the judgments of other people, Samantha teaches women that we are in charge of our sexuality. Her character promotes the normalization of females liking sex, which is something that society has found hard to accept.

She is an icon to so many women because of the ways in which she reassures us that choices such as casual sex or not preferring to get married and have children is absolutely okay. Her famous line “I love you but I love me more” reminds us that we always come first, and not men. Besides all the sex talk, Samantha is overall a Girl Boss in the ways she knows how to do business – she’s a successful, single woman living in New York, living a dream that so many of us hope to fulfill.

Reading their books Nice is Just a Place in France, I Had a Nice Time and Other lies, When’s Happy Hour?, should be on the checklist to becoming a Girl Boss. The Betches present us with some killer tips and life hacks that help females boss up their life. From dating to jobs, these women know how to live a successful life, and they share what they’ve learned along the way with us all.

Anna Wintour is editor-in-chief of Vogue magazine and has held this title since 1988. If directing Vogue does not hold Girl Boss title, I really don’t know what does. Working at Vogue is a dream that so many individuals would kill to make a reality, and Anna Wintour is an absolute icon to any of us who drool over fashion and hope to one day make a simple dent in the industry.

Last but certainly not least, Christie Tyler aka nycbambi is a true Girl Boss in the simplest ways. She has developed an audience (on all social media platforms) from her simple adoration of content creation. From her, we can learn to follow our passions as a means of being a Girl Boss … and she serves us some really great looks while she’s at it.

Who inspires you to be a #Girl Boss? Share with us in the comments!

How To Prepare For A Night Out In University

I Met That Dad From Gossip Girl

10 Moments Of Women Empowering Women All Girls Need To See

All The Essentials For Self-Pampering