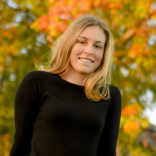 But despite the noted alliance created between the Native Americans and the Pilgrims (who landed in America in 1620), the symbiotic relationship between the two groups was actually short lived. Instead, bloodshed and battles became the way of the land.

As present day Americans, however, we rarely speak about the whole story. But with today’s movements towards social justice, a need for true historical acknowledgement, and a hopefully increasing understanding of what events and systems our country is based on, it is crucial that the true history of Thanksgiving is discussed, too.

Here is almost everything you need to know about the history of Thanksgiving:

In the early 1600s, Englishmen began their journey to America. Seeking a new home and newfound life of freedom, religion, and opportunity, the New World was enticing to many. A New World would potentially provide them with expansive, undiscovered land and the ability to take it into their own. After 66 days of dangerous and risky travels, the Mayflower finally reached the New World and one month later, the building up of Plymouth, Massachusetts began thanks to a portion of the English travellers.

After remaining on the ship for the cold winter months, the rest of the Mayflower settlers joined their English peers on land. According to History.com, it is said that as they “moved ashore… they received an astonishing visit from an Abenaki Indian”. This was the beginning of the alliance, the history of Thanksgiving that we know.

Soon after, Squanto, another tribe member, taught the Pilgrims how to combat their journey-acquired issues with malnutrition and illness by showing them how to grow corn, get sap from Maple trees and catch fish.

After months of living with and learning from one another, it was time for the fall harvest. November 1621 marked the first successful harvest in the New World when Governor William Bradford invited his English Colonist peers and their Native America allies to a three day celebration.

The “First Thanksgiving”, though they might not have called it this then, included a menu made with Native American spices and cooking techniques. The food choices were probably much different than they are today… a buffet table of pumpkin pies and apple bars was most likely not present (unfortunately for them).

Even this story of the history of Thanksgiving is disputed, however.

Some believe John Winthrop officiated the first Thanksgiving in 1637, or that different Areas held a similar celebration before the Mayflower participants.

This lack of total understanding of the history of Thanksgiving and the holiday’s origin is a perfect example of how much the true history of the holiday is overlooked. As noted by BusinessInsider, for example, “the enduring holiday has also nearly erased from our collective memory what happened between the Wampanoag and the English a generation later”.

While celebrating the communion of the two groups is an important aspect of our history, the facts and figures we forget about this important holiday are equally (if not more) important…

It is known to be true that Massasoit, the chief of the Wampanoag tribe, was an ally to the Englishmen for a few years after they established their new colony Plymouth. Trade pacts were set up between the groups and they even joined together to fend off the French and other competing Indigenous tribes.

But this alliance, one that we oftentimes believe still exists today, actually did not last forever.

Like many other conquest experiences, the American settlers began fighting for control over more and more land and people. In fact, the Plymouth “authorities” started to control “most aspects of Wampanoag life” (BusinessInsider).

Not only were English settlers taking over, but the Natives also struggled with intense disease brought by the settlers. Indigenous people died from the “Indian fever” in huge numbers, leaving their communities very vulnerable to Settler control. For the first few years of English settlement in America, Native American populations decreased around 90% (from 1616 to 1619) (BusinessInsider).

As if colonists weren’t dismantling Native communities enough with their over-conquering and bringing of disease, then came “King Philip’s War”.

“King Philip”, a Native American with the real name Metacomet, was son of Massasoit, chief of Wampanoag. The war started after some of his men were killed. And as land had been a disputed factor for years between the Native Americans and the colonists, it was the Native Americans’ jumpstart to their final effort to take back the land that was historically theirs (History of Massachusetts).

Raids and attacks were made by the Wampanoag tribe as a form of revenge for the killing, and as a rebellion and uprising against the colonists. The Colonies officially declared war in 1675; the war spanned from 1675-1676, for 14 months total.

Cities were burned to the ground, people were captured for ransom and the constant attacks and battles were brutal. Approximately half of the New England Native population was killed, and 30% of the Colonists.

Ultimately, the Wampanoag tribe and their allies were pushed out of their villages completely. On top of this, Metacomet, or King Philip to the colonists, was beheaded while his allies were also killed or sold into slavery. According to Business Insider, “The colonists impaled “King Phillip’s” head on a spike and displayed it in Plymouth for 25 years”.

If it isn’t obvious by now…

This violent part of history, however, where the Native Americans and the Pilgrims fought for the right to live, is not taught to many of us. But this history, the real and full history of Thanksgiving, is what we must relearn.

In fact, there is so much about our history that we must relearn. Our systems, communities, holidays even, are often based on experiences of injustice, white supremacy, and minorities being taken advantage of. These are the experiences we must not ignore. So this year, as you prepare for a holiday very happy for most of us today, it is simply necessary to remember. It is necessary to remember the truth of our history and to share this knowledge.

So while we all love some pumpkin pie and hanging out with family-which are very good and necessary things- it is also important to pay attention to the history of the county in which we live. And it is necessary to make change, to fight for justice and the right to a prosperous life, for those who have not always been given it.

If you want more resources on the history of Thanksgiving, check out the links cited in this article below:

What version of American history did you learn in school? And what will you do to make sure your friends and family are informed about the history of Thanksgiving, the real and full history, this holiday season