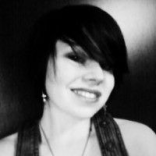 Aries is a passionate, ambitious, and highly motivated sign that craves adventure and independence. An Aries does not follow the crowd and will be the first to stand up when they don’t agree with something. That being said, a great movie recommendation for Aries is Equilibrium.

Equilibrium takes place in a dystopian society where everything is controlled, including emotions. The protagonist, a Cleric named John Preston (Christian Bale), begins questioning their way of life when he misses a dose of emotion-suppressing medicine and starts to feel. Packed with enough action and drama to satisfy the adventure-seeking side of Aries, it is also a thought-provoking film about what it means to be human.

2. Kingsman: The Secret Service For Taurus

Taurus is known for being stubborn and hard-working, but they’re also led by their love of everything life has to offer. They enjoy being present, perusing natural beauty and art, and coming up with practical solutions. Your next movie recommendation if you’re a Taurus is Kingsman: The Secret Service.

This movie is about a dapperly-dressed society of British secret service agents known as the Kingsmen. The main character, Eggsy, is a savvy street kid who winds up being recruited into the agency—at least, he will be if he can pass all the tests. This movie is filled with beautifully-choreographed action scenes and Eggsy’s intelligent navigation of the secret agent life that a Taurus is sure to appreciate.

3. When In Rome For Gemini

Geminis are fun-loving, flirty, and enjoy anything with a lot of energy (and love!). Your next movie recommendation is When In Rome, an adorably hilarious romantic comedy starring Kristen Bell and Josh Duhamel.

In this movie, Beth travels to Rome for her sister’s wedding, where she meets Nick. Both of them bond over their mutual clumsiness and awkwardness. Then Beth plucks four coins from the Fountain of Love, an act that legend says will make the owners of the coins fall in love with you. Turns out, there’s some truth to the legend, and hilarity ensues as the owners of the coins (one of which might be Nick) follow Beth to New York and try to woo her.

Cancer is a highly emotionally-intelligent sign and, as such, Cancers are great at reading and being in touch with deep emotions. They feel keenly, making Elizabethdown a great movie recommendation.

Elizabethtown follows Drew (Orlando Bloom), a successful businessman who makes a huge mistake that costs him his job and his girlfriend. He is on the brink of committing suicide when his sister calls to tell him his father is dead. Drew reluctantly travels to Elizabethtown, Kentucky to make peace with his emotions toward his estranged father, helped along the way by a life-loving stewardess (Kirsten Dunst).

Leos are bold, courageous, and motivated. They love anything flashy and go-get-’em, making High Strung a good match for your next recommendation.

High Strung follows Ruby, a classical ballet dancer, as she attends Manhattan Conservatory of the Arts on a scholarship. While there, she meets British street violinist Johnnie, who is living in America illegally. Ruby discovers she can perform with a string musician in a competition that will help Johnnie get a student visa and qualify her for another scholarship. The two work together in a daring mix of styles that helps them appreciate each other’s talents.

Virgo is a bit of a bookworm sign, enjoying organization, intellectual pursuits, and calm stability in their lives. Your next movie should be something you can curl up in bed with a hot cup of tea to watch, so I give you BBC’s version of Emma.

All right, so it’s more like four nights of tea and movie watching for this miniseries, but it’s not as if a Virgo would object. Based on Jane Austen’s novel of the same name, this movie follows the life of Emma, a quirky and self-proclaimed matchmaker who meddles in the love lives of friends and peers, failing to realize someone has taken a fancy to her.

7. Letters To Juliet For Libra

Kind, loving, and imaginative, Libras are the mediators and the harmonizers of the Zodiacs. This sign craves intelligence as much as emotional fulfillment and therefore needs a movie that caters to both sides.

Letters to Juliet is an adorable movie with an overarching theme of “everyone deserves love.” Sophie (Amanda Seyfried) is a journalist in Rome who comes across a society of women who answer letters from distressed lovers to a statue of Juliet. Intrigued, Sophie winds up answering a letter written many years ago. This leads to the now elderly Claire and her grandson going on a road trip with Sophie to find the lost love Claire wrote about.

Scorpios are passionate and ambitious but without the flashiness of some of the other ambitious signs. Their cool and prickly exterior leads others to believe they are, well, scary, but underneath lies deep emotion and appreciation for all forms of art.

To my fellow Scorpios out there, I present The Phantom of the Opera (2004). Maybe we like to play into the spooky vibe or maybe we genuinely enjoy the dark side (I know I do), but gothic cinematography, haunting music, and a murderous mystery are all right up a Scorpio’s alley.

Hilarious Podcasts To Listen To This Year

A Sagittarius’s key component is adventure with a lot of independence and ingenuity thrown in. They’re honest, straightforward, and not afraid to try new things. On that note, I give the Sagittarius viewers Sahara for your next movie recommendation.

Based on a Clive Cussler book, Sahara is an action-adventure comedy (all great things, right?) about an unlikely crew: doctor Eva Rojas (Penelope Cruz), treasure-hunter Dirk Pitt (Matthew McConaughey)  from the National Underwater and Marine Agency, and Dirk’s partner Al Giordino (Steve Zahn), all of whom are in a race against time to stop deadly toxins from being released by a corrupt organization.

10. Now You See Me For Capricorn

With a sense of work ethic to rival Taurus, a fine attention to detail, and a need to take care of everything to the best of their ability, it can be tough to draw a Capricorn out of their shells. But that laser-focus makes movies like Now You See Me enticing for Capricorns.

This movie is about an impossible heist pulled off by four magicians/con artists known as the Four Horseman and the FBI and Interpol’s frustrated attempts to prove that the magicians are responsible for a bank heist in Paris that they accomplished in a public show. The group eludes all attempts to connect them to the heist as they plan their final act in New Orleans.

Victor Frankenstein is a unique take on the story of the mad scientist who sought to create life and the hunchback who helped him. Told from Igor’s point of view, we follow the hunchback as he befriends medical student Victor von Frankenstein. He longs to use advanced science to revive life and change the world. Igor is no mere servant in this tale. He is a genius at anatomy and helps Frankenstein accomplish his dreams.

Aquarius is an eccentric sign who longs to make a difference. People under this Zodiac will appreciate the quirky nature of McAvoy’s Frankenstein. As well as Igor’s good-heartedness and both of the characters’ progressive ideals and natures.

Pisces are dreamers and intellectuals, often risking getting caught up in their own escapist minds. They are also naturally intuitive and sensitive to emotions, which makes Pride and Prejudice a perfect choice for Pisces.

This version of Pride and Prejudice isn’t as exact to the book as the 1995 BBC miniseries. This version pays more attention to scenery, music, and the evocative nature all of these have on the audience. It’s a beautiful movie filled with intellectual characters, passionate emotions, and an escape into a world of Regency-style balls.

Have you tried any of these movies? What’s your favorite movie recommendation that reflects your Zodiac? Share with us in the comments below!

10 Astrology Apps For All Of Your Horoscope Needs