Despite its diversity, there are some things that nearly every University of Louisville student has in common. There are certain traditions and daily actions that just about every student participates in. You know you go to UofL if you can relate to any of these things!

1. You avoid stepping on the Cardinal bird like your life depends on it.

When my family came to visit, the first thing that I taught my little sister was not to step on the Cardinal logo in front of the SAC. All UofL students know that if you step on the cardinal and don’t kiss it, bad luck is coming your way.

2. You’ve eaten at the Ville Grill so many times that everything tastes the same.

This goes more for the freshmen, but either way, I know that I have spent way more time than necessary at the good ole VG. It’s to the point where not only everything tastes the same, but a lot of my clothes smell like it too.

3. You dread your 8am in Natural Sciences or Ernst.

Being stuck with an 8am class is bad enough, but when it’s on the other side of campus, you dread the class even more. I had to get up pretty early for my 9:30 in Natural Sciences and can’ fathom the class being any earlier.

There are probably more insta pictures of you throwing up an “L”, than not. When you see an obvious Cards fan in public, it’s hard not to throw one up immediately.

5. You can no longer stand the Kentucky Wildcats.

The UK vs. UofL rivalry is a big one. I grew up a UK fan, but realized soon after arriving at UofL, that was not going to fly. When I see kids walking around campus in UK gear, I think to myself, “What is wrong with you?”

6. You’ve already waited in the line at the Starbucks in the library more times than you can count.

Since Starbucks opened in the library, it has been continuously busy. When you’re studying in the library and need a pick-me-up, Starbucks is the place to go. I’d also imagine that a lot of your flex points go towards frappuccinos and lattes. 7. Jaywalking is an everyday thing for you.

As much as you’d love to wait and hear “Walk Sign Second Street” in a country accent, jaywalking is the route you typically take. I almost got hit once, even with a walk sign, so what’s the point, right?

8. You have to wear rainboots about once a week.

When it rains in Louisville, it pours, and it does so often. As a prospective student, I was told to get some good rain boots and an umbrella during every tour I went on. The signs posted about flooding are no joke.

9. You know that your school is the best.

I’ve absolutely loved my first year at UofL, and I’m sure you have to. When they say “It’s Happening Here” they really aren’t kidding.

You definitely go to UofL if you could relate to what’s on this list. Can you think of any more signs you go to UofL? Share in the comments! 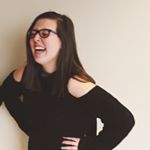 How To Feel Sexy And Happy At Any Size