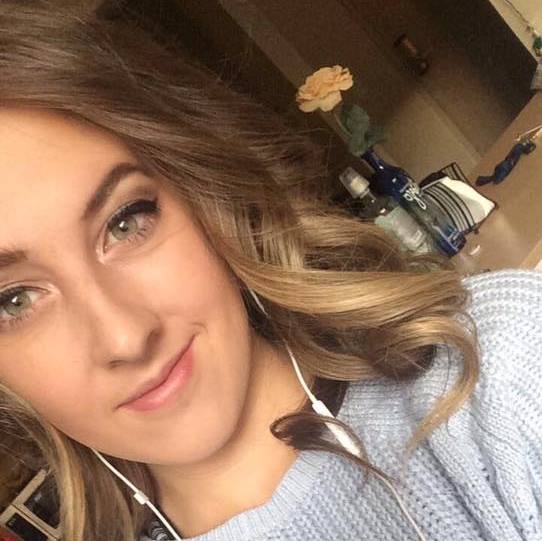 Hattie is currently working towards her Bachelor's degree in Mathematics…

The 10 Best Places To Eat Around Suffolk University

Every university has it’s own quirks and secrets, and Colorado State University is no exception. Read on to see how many of these you relate to.

This is a random one, but every ram I’ve ever met has agreed with me on this one. Colorado State University offers many different food options in the Lory Student Center, two of them being Bagel Place and Bagel Place 2. While some visitors wait to grab a bite from the upstairs location, true rams know the best bagels are a floor down. Why are these bagels superior? No one knows. This doesn’t stop us from having a strong opinion on where to get our breakfast.

How do Colorado State University students prepare for finals? Studying, coffee, and oh, running around with thousands of people in their underwear. Every year, tens of thousands of students run around campus and get their last bit of partying in before finals stress kicks in. Undie run is a great time to bond with close friends or even complete strangers. Even if you aren’t the athletic type, this is a CSU must. You guys thought CU was Colorado’s only party school.

3. The Cannon at the Football Games Doesn’t Scare You Anymore

The cannon, aka the thing that makes freshman wet their pants at their first home game. The launching of the ROTC cannon after every touchdown, among other parts of the game, take a lot of getting used to. The progression of reacting to the cannon usually goes

4. You Have A Favorite Oval Season

Spring, summer, fall, and winter. The oval looks beautiful in all of the seasons. As a Colorado State University student, though, you probably have an opinion on when the landmark looks the most beautiful. Many students love snapping pics of the SnOval while others love crunching through the leaves. Honestly, it depends on how well you handle the cold. To be fair, I think we can almost all agree that spring is the worst though.

Tuition raises? Traffic jams? Loud noises? Ah, the joys of CSU construction at its finest. For every project completion, Tony Frank tacks on another 3 projects to improve CSU. The most annoying part of all of this is never knowing which streets will be closed when. While campus gets more and more beautiful every year, you can’t help but be cynical about paying for all of the cool buildings you’ll never get to use.

6. You Know That the Trees Determine Snow Days

Colorado State gets snow. Surprise, surprise. Even while students are praying to the snow gods for a day off, we all know that the only way to get a snow day depends on the trees. If you don’t go to CSU, let me just tell you that we have giant trees all around campus. When the heavy snow comes down, things get dangerous. The only surefire way to know if administration calls a snow day is to determine if the snow will cause the trees to injure students and faculty during the day. If you have been at CSU for a while, you’ll know that these snow days can even cancel your summer classes. I’m looking at you May 2017.

7. You Plan Extra Time in Case of Trains

Anytime you are running late, a train comes tumbling through Fort Collins without fail. The extra annoying part is that the most untimely trains end up being the longest. The best way to plan to be on time to classes and events is to factor in an extra 5 minutes if you plan on crossing Mason. The good news though is that the train excuse is totally valid anywhere on campus.

8. You Get Bragging Rights for Meeting Tony Frank

Let’s be real. Tony Frank, aka TFrank, is a CSU celebrity. From his well-written emails, his moving speeches, and his epic beard, Tony Frank is one of the coolest university presidents around. Since he is such a busy guy, seeing him around campus is like seeing a unicorn. I’ve even heard people say that they refuse to wash their hand after high-fiving him in the oval, although that’s a bit extreme. Let’s just say that you’re really lucky if you ever get the chance to say hi to this dude.

Let us know what you think about Colorado State University in the comments below!

Hattie is currently working towards her Bachelor's degree in Mathematics at Colorado State University. When she's not studying, she's writing and spinning flag in the CSU Color Guard.

20 Signs You Grew Up In Mountain Lakes NJ

The 10 Best Places To Eat Around Suffolk University