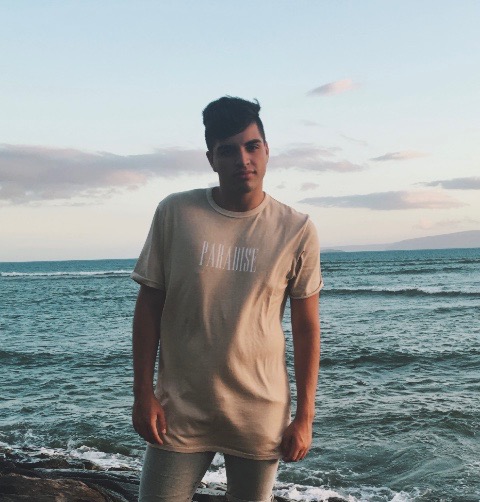 Currently a student at Pace University. In love with dance,…

After a five-year hiatus of fighting for her musical freedom, pop princess Kesha has made a triumphant return. After enduring a severe eating disorder and an intense legal battle, Kesha has proven that one can rise from the ashes. This past July, Kesha announced her long-awaited musical return by releasing a music video for “Praying.” On August 11th, Kesha released Rainbow, her third full length album. Here are 10 reasons why it’s so important to listen to.

1. THE STORM BEFORE THE RAINBOW

The most obvious inspiration for this album was Kesha’s major struggle with her record producer. Fans started noticing a red flag when Kesha became open about not having much musical control over her sophomore album, Warrior. Soon after, Kesha publicly announced her eating disorder, which she claimed to be forced upon her by her producer. Later that year, Kesha bravely filed a lawsuit with her producer, claiming that he sexually and emotionally abused the songstress. This year, Sony fired the producer and allowed Kesha to reign control of her new project. Rainbow is Kesha’s emotional release from these past years.

One thing common listeners were most blown away by when they first heard “Praying” was Kesha’s vocal abilities. In her previous albums, Kesha’s music consisted of auto-tuned vocals and electronic sounds, causing people to believe that Kesha’s singing abilities were lacking. Dedicated Kesha fan’s never underestimated her ability, as proven through unreleased songs and her Deconstructed EP. But in Rainbow, Kesha’s voice truly shines. The bridge endings of “Praying” and “Learn to Let Go” both prove how impressive Kesha’s vocal range is.

Kesha may have threw away the dollar sign in her name, but her bad-ass, unapologetic persona is still prevalent. The songstress proves this in “Woman,” a feminist anthem about being a hardworking, independent “motherfucker.” She continues to show this when she performed at Good Morning America and sang a censored version of the song. “I’m a nasty woman” was a clear nod at the sexist comments posed by Trump during the previous election.

“Hunt You Down” is another example of her fierce personality. In an interview with National Public Radio, Kesha explains that she was inspired by a story in which a cowboy finds out that his lover is cheating on him, and he shoots her. Kesha decided to turn the tables around on this country track where she admits she isn’t afraid to kill her partner if he decides to “fuck around.”

Since her sophomore album, Warrior, Kesha has insisted that she wanted to make more rock inspired music. An example of this was “Machine Gun Love,” an unreleased track that Kesha wanted to be on Warrior, but was denied by her record label in the beginning of their public dispute. Prior to Rainbow, Kesha worked with Iggy Pop, Alice Cooper, and the Flaming Lips. Now, she has collaborated with the Eagles of Death Metal on two new songs: “Let ’Em Talk” and “Boogie Feet.” “Let ‘Em Talk” is an energetic banger about not letting the haters “steal your magic,” while “Boogie Feet” is just about dancing your stress away with the assist of an electric guitar.

5. A HYMN FOR THE HYMNLESS

One of Kesha’s major themes in her music is the feeling of not fitting into society’s expectations and finding happiness within that. It bridges Kesha closer to her fans, as she too grew up feeling like an outsider. “Hymn” is anthem for those who don’t fit in. The singer shared that she wrote this song for kids who are still searching for their truths in life. Another song that relates to this theme is “Spaceship.” Opposed to being for her fans, “Spaceship” is Kesha’s last words, both metaphorically and literally on the album. She sings about how she has felt so isolated from humanity that the minute before she passes away, a spaceship from an alien planet will descend from the sky and save her from the worst of humanity.

“Praying” was the first music video to come out this era. It started us off with Kesha facing many obstacles; trying to find hope in a black & white world, getting trapped in a net, and running away from pigs in business suits. The symbolism represents a parallel to her recent legal battle. In the end, Kesha finds the color in the world and reaches the top of the “God is Love” mountain.

The second music video to come out for Rainbow was “Woman.” Opposed to the deeper meaning in the previous video, “Woman” is more straightforward. The singer is decked up in a cowgirl attire, as she calls the shots and throws up both middle fingers during a festive girl’s night out. The last video to be released so far is “Learn to Let Go.” The song is about letting go of the negativity and returning back to a child-like happiness. Kesha portrays this by wandering in a majestic, forest-like reminiscence of her childhood memories. The video goes back and forth between Kesha discovering landmarks in her childhood and her old home videos.

Although classified as a pop album, Rainbow is filled with songs so unalike it is hard to classify the album as whole. For instance, “Bastards” and “Godzilla” are more similar to indie ballads with an acoustic guitar, while “Boots” has a sexy vibe featuring some whips. Kesha also dives into folk, country, pop, and rock tones. Kesha has been wanting to expand her brand from electronic-pop to the types of music she grew up listening to.

25 Board Games That Are Fun AF

Not only did Rainbow debut at the number one spot on the Billboard 200, but it topped the iTunes charts in multiple countries seconds from its release. Selling over 119 thousand copies within its first week, Rainbow has become Kesha’s highest scoring album on Metacritic. With an overall score of 81, Entertainment Weekly describes the album as an “artistic feat” that “unites stylistic forays with her sharp, weathered lyricism.” In addition, the Rolling Stones state that this is the best music Kesha has ever put out in her career.

Kesha grew up in a music-orientated household since her mother, Pebe, was a songwriter who encouraged her children’s creative careers. Pebe’s had worked on the song “Old Flames Can’t Hold a Candle to You,” sung by Dolly Parton. Kesha describes this song as the reason why there was food on the table for their family. This makes the Rainbow rendition of “Old Flames,” which brings together Dolly Parton and Kesha, so much more special.

“Rainbow,” the title track of the album, is what initiated the idea of this album. Kesha wrote the entirety of this song on her own on a toy keyboard. She had written the song while in rehab for her eating disorder in 2014. This song became a reminder for Kesha that she can make it through anything. It also posed as a motivation for Kesha to keep making music. If it wasn’t for this song, Kesha may have never returned to music.

What’s your favorite songs off of Kesha’s New Album!? Share in the comments below!

Currently a student at Pace University. In love with dance, pop music, and storytelling.

15 Signs You Grew Up In Milwaukee WI

Hair Colors For Each Of The Zodiac Signs