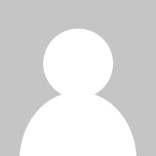 Moving to a New City for a Job or Internship

Everybody has probably heard the phrase “playing hard to get is the way to win a person’s heart over,” but I wasn’t trying to in this case. I wasn’t playing hard to get, I made it obvious but he didn’t care. I didn’t want him, he didn’t listen and it annoyed me. Everybody has encountered this situation at least once in their life, where they’ve met somebody who didn’t stop trying to pursue you, despite you telling him that you didn’t have any interest in him and never would. I know I did last year with an old high school classmate. He wasn’t a friend, he was just a guy that I’ve briefly chatted with a few times in my class. I didn’t even know much about him, so the day that he professed his interest in me, it confused me.

For months and months, he kept texting me so much to the point that it eventually led me to blocking his number and his Facebook account and warned him that if he didn’t stop harassing me that I’d call the cops. I kept telling him that I just wanted to be friends, but he wanted more – more than I was willing to give him. The way that he acted turned me off. He came off as “desperate,” and “needy, “and that to me wasn’t attractive. So, what can you do when a guy likes you more than you like him?

1. Honesty is the best policy. Be completely honest with the guy and tell him how you really feel. If you’re not interested in him, politely tell him that you’re not into him. Whatever you do, don’t lead him on or play with his mind. It will make things worse and potentially make it harder to part ways.

2. Keep things at a friendly limit. Being friend zoned sucks but you can’t force yourself to be with somebody that you don’t want to be with just because you feel bad and don’t want to hurt his feelings. Try to keep the conversations light between you two and try not to get deep with him so he doesn’t misread the signals. You don’t have to reveal too much about yourself. No need to share deep dark secrets.

3. Try to keep the distance. If he refuses to stay in the friend zone, distance yourself from him – at least until he gets over you. If he doesn’t, then you know trying to be friends with him is going to be a challenge so maybe parting ways with him is best.

4. Create a diversion. Try setting him up with somebody else at school or a friend that you think would be interested in him. If that fails, then hang out with him in a public setting with a group of people, like a dance club or at the beach. There’s bound to be a lot of females he can scope out, and you can be his wing-woman. Be sure to ask him what kind of girls he is into, and then introduce him to a girl based on his preference.

5. Tell him you just don’t want a relationship. He can’t blame you if you tell him you’re not looking to date anyone right now, and that you’re just focusing on yourself. Even if you really do want a relationship, just not with him, it’s OK to stretch the truth to get him off your back.

6. Cut off contact. In my case, things went overboard into years worth of stalker territory. Your situation might not be that extreme, but if it is, cut him off completely. Eventually, he’ll have to take the hint.

If all else fails, you can always just portray yourself as someone who nobody would want to date even if you were the last person on Earth. Stop brushing your hair, forget to shower and drink way more than you should be drinking on a Monday night. Hey, desperate times call for for desperate measures.

Moving to a New City for a Job or Internship

10 Ways To Spoil Your Boyfriend

10 Signs You’re Not Ready To Date Yet