The Harry Potter series has grown to become a huge part of our childhood whether you read the books when you were young or just watched the movies as they were released in theaters. We all grew up watching Harry Potter, Hermione Granger, and Ron Weasley work together to defeat the Dark Lord countless of times. We continue to watch and/or read the series noticing how the events can apply personally to our own lives now that we are older. More importantly, we grew up identifying ourselves with either the house we were placed in by the Sorting Hat in Pottermore or just our favorite house, and that house can tell a lot about ourselves. Read on to learn what your favorite Harry Potter house says about your personality.

Gryffindor House: The Brave At Heart

The Gryffindor House, the house mostly focused on during the Harry Potter Series, is  known for being the house that is courageous and brave. When thinking back to the series, however, not all of the students in this house presented the same type of bravery as all the other students in the house. Some other qualities that may represent a Gryffindor are honest, practical, blunt, playful, funny, stubborn, trusting, idealistic, procrastinator, and living in the moment. When one looks at the students in this house individually, it all makes sense.

You have Fred and George Weasley who are the clowns of Hogwarts constantly playing pranks in order to lift up the students spirits. There’s Hagrid who is trusting enough to accept a dragon egg at a pub from a complete stranger. Then Hermoine Granger who is idealistic and studies her butt off so she can make her way into the Wizarding World. But there is also Ron Weasley who procrastinates to no end only to turn to Hermione for help on his assignments.

Yet, the most important quality that comes from the Gryffindor House is that of a strong moral center. Harry Potter represents this character trait. Harry Potter does inhabit other qualities of a Gryffindor such as honest, playful, procrastinator, and trusting. However, it is his strong moral center that is portrayed countless of times when he risks his life fighting Lord Voldemort to save his family.

That being said, if your favorite Harry Potter house is Gryffindor, it expresses that you inhabit many of these qualities. More importantly, you value the strong moral center that is within you more than all the other qualities that represent a Gryffindor.

Ravenclaw House: Those Of Wit And Learning

The Ravenclaw House is commonly known for being the smart house. However, what dictates them as the smart house is by the other traits that come along with being smart. These other traits include someone who is analytical, intelligent, curious, creative, witty, observerant, independent, logical, practical, and wise.

Luna Lovegood would have to be the best example of representing the qualities of Ravenclaw. She values knowledge and learning but gets there through her curiosity. In addition, by observing the world around her. Luna is independent in the sense that she is not afraid to be herself and expresses wisdom through the multiple pieces of advice she gives. My favorite is: “Being different isn’t a bad thing. It means you’re brave enough to be yourself.”

If being smart was all that there was to being a Ravenclaw, then Percy Weasley and Hermoine Granger would have been placed in this house. However, they weren’t because they would rather learn from reading a book than thinking with a creative and curious mind that analyzes and observes the world around them. Therefore, if favorite Harry Potter house is Ravenclaw, then you are person who relates to Luna Lovegood and her curious, creative mind. This is probably the best mind one could wish for.

Slytherin House: Those Of Great Ambition

Most people understand that the Slytherin House is famously known for being the evil house since Lord Voldemort and the majority of his Death Eaters derived from that house. However, the personalities of Lord Voldemort and his Death Eaters stay true to the characteristics associated with this house. A Slytherin is someone who is ambitious, driven, determined, charming, bold, subtle, a perfectionist, and ruthless. From my own observation, they always stay true to what they believe in even if others don’t agree with the belief.

Lord Voldemort might have been cruel and evil, but his determination to end Harry Potter’s life and take over the Wizarding World was quite impressive. Bellatrix Black, despite being creepy and insane, was bold and ruthless in her actions. Lucius Malfoy was quite subtle in sneaking Tom Riddle’s Diary into Ginny Weasley’s cauldron. Narcissa Malfoy was quite bold and subtle in asking Harry if Draco was still alive. There was also Regulas Black’s bold and subtle move of switching the lockets to protect the Wizarding World. Finally, none of us can forget Severus Snape’s determination to avenge Lily and protect Harry in her name.

Whether the character’s goals were good or bad, they stayed true to what they believed in. If your favorite Harry Potter house is Slytherin, it doesn’t mean that the person is evil. It simply means that they are ambitious and ruthless in their attempts to fulfill their goals. This is even if no one else can understand it and despite the consequences that may come with it.

Hufflepuff House: Where They Are Just And Loyal

Hufflepuff, my favorite Harry Potter house, is the house of the kind-hearted. Some have misjudged this house as the house of the weak. I would like to kindly disagree and say that Hufflepuffs are anything but weak. They are loyal, genuine, giving, and compassionate people who work hard with a determined attitude to complete their goals. Furthermore, they are accepting, patient, and dependable people who think in a practical, but just way.

There is Nymphadora Tonks who was compassionate and determined in fighting against the Dark Lor. She accepted Remus Lupin for who he truly was and patiently waited for him to open up to her. There is also Newt Scamander who was accepting of everyone despite others seeing them as a threat. He showed genuine compassion towards his creatures, while also being a loyal and dependable “mommy” determined to protect them.

The Hufflepuff house is a place for people who are considered kind-hearted, dependable, and accepting. However, do not underestimate a Hufflepuff. A Hufflepuff is generally kind to all, but they are selective in who they choose to remain loyal to. Don’t be surprised if a Hufflepuff turns on you because odds are they have good reason to. Therefore, if your favorite Harry Potter house is Hufflepuff, this means that you value being practical, genuine, and hard work.

Overall, our favorite Harry Potter house says a lot about us. However, everyone has traits from each house in them. For instance, I am someone who is trusting, a procrastinator, stubborn, and playful. I can also be independent, observant, curious, and creative. I’m also determined and a perfectionist. Above all, I value the traits of being genuine, compassionate, loyal. In summary, your favorite Harry Potter house expresses the type of person you are and the traits you value.

What is your favorite Harry Potter house? Share in the comments below! 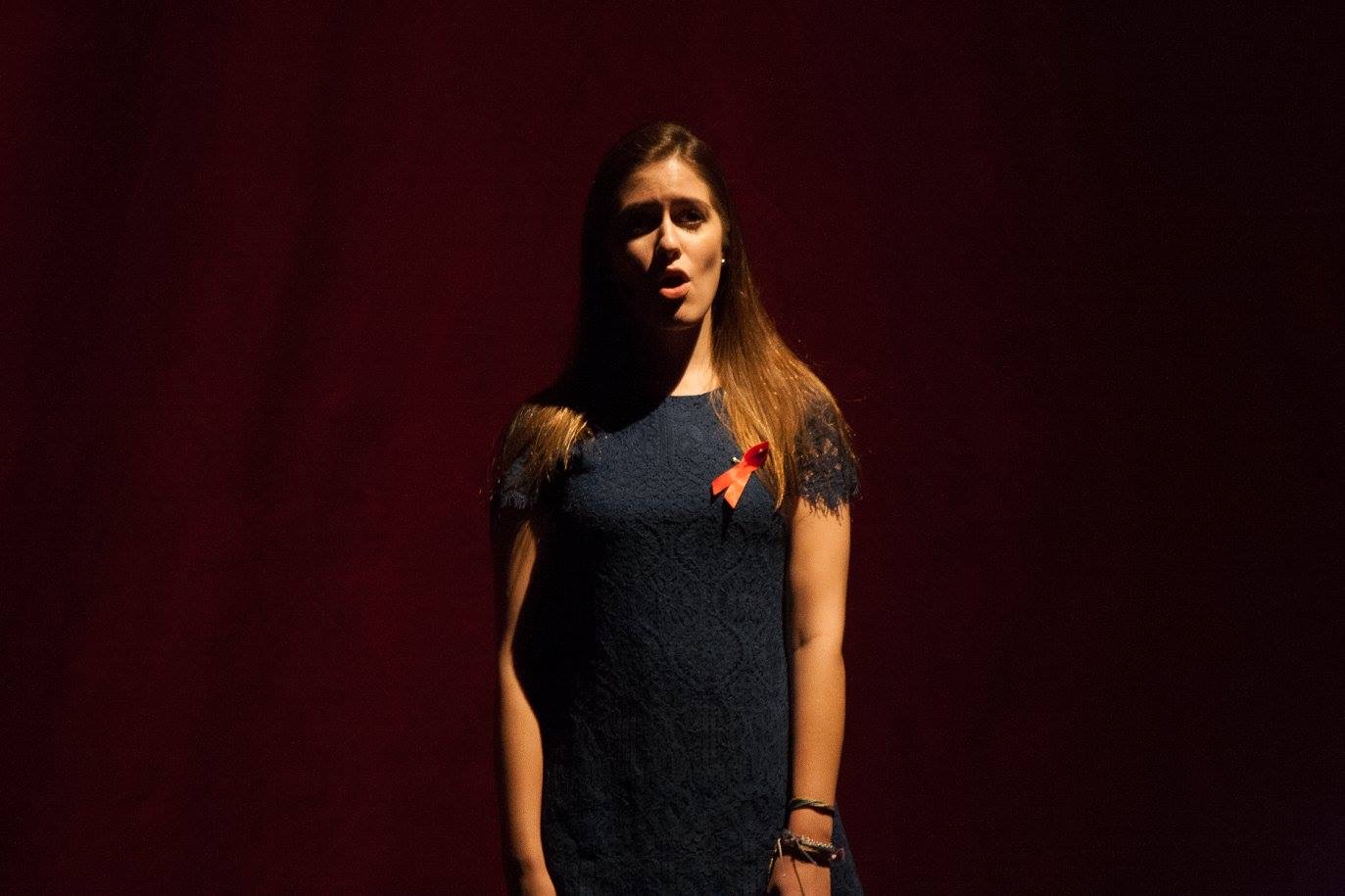 Hey everybody! I am a junior studying English Writing while double minoring in Creative Writing and Music. I love to read, write, ski, travel, sail, and sing. I spend the majority of my time with my family and friends, but my "me" time consists of lots of reading and writing. I hope to one day be a published author and possibly work for a publishing house as an editorial assistant because who doesn't want to read for a living! That being said, I prefer to read science fiction & fantasy, romance, and historical fiction; and I enjoy reading about fairytales, folklore, and myths. Some of my favorite series are The Selection series by Kiera Cass, Harry Potter by J.K. Rowling, and the Lunar Chronicles by Marissa Meyer.

10 Memories of Growing Up In Cape May, New Jersey

10 Ways To Get Your Confidence Back After Professional Rejection