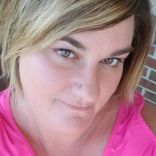 10 Signs You Spend Too Much Time Online

The Ultra Music Festival Lineup for 2019 features the worlds top-tier entertainment talent and will be held at Miami’s Historic Virginia Key Beach Park & Miami Marine Stadium on March 29, 30, and 31! The festival is set to finish around 4 a.m. and will have extended set times and performances throughout what has been promised to be the most expansive festival yet. Voted the World’s number one festival by DJ Mag for the third year in a row. DJ Mag has confirmed performances from dance music’s finest headliners.

Character Deaths That People Will Never Get Over

What are you looking forward to most from the Ultra Music Festival lineup? Tell us in the comments!

10 Signs You Spend Too Much Time Online

Headed To Miami For Super Bowl LIV? These Are The Hotels You Need To Consider Staying At

5 Coffee Shops In South Florida Other Than Starbucks

10 Places To Go Swimming This Summer In Miami