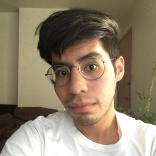 Best Restaurants In Parker That You Need To Try

Communal bathrooms are a part of the college experience. They might not be the most glamorous part of living in dorms in fact, they can be from it. Here is a breakdown of what it is really like living with communal bathrooms.

You will most likely be living in a building that has communal bathrooms during your first two years of college. This was the case for me, except I lived with them in my third year as well. Call it an initiation, but it is something that most college freshmen have to go through. While you might be used to the idea of sharing a bathroom with other people at home, communal bathrooms in college are an entirely different story. For one thing, you might not even know the people you are sharing it with. You might actually end up befriending the people living on your floor this way! Or maybe you never see each other outside of the bathroom. Seriously, do they even go to classes? Depending on how large your floor is, you might be sharing the same bathroom with a lot of people. This idea might be intimidating regardless if it’s your first or second year of college, but you can get through it. It also helps to keep your expectations in check. Your dorm is not a hotel, so don’t expect complete luxury. Communal bathrooms will only include the essentials.

Showers are the most basic act of hygiene. A friendly reminder to please take them often. You can cleanse your body and shut out the outside world for five to ten minutes at a time. Cry if you need to, there’s no judgment here. Just let the cascading hot water do its thing. The communal bathrooms in your dorm will include either three or four showers for everyone living on your floor. This will most likely involve some waiting for the next one to be available so just be persistent and wait there instead of going back to your room. Shower caddies are likely to be your best friend as long as you remember to bring everything you brought to the shower back with you. There’s nothing worse than realizing you left your shampoo and not finding it where you left it last. Additionally, water-resistant flip flops will also be essential since you don’t know where other people’s feet have been. As for the shower itself, the people you live with might treat a shower like their own and take forever. It’s best to just be considerate and keep the length of your shower within reason. There’s no rule against bringing speakers in the shower, so don’t be surprised if you can hear music playing from the hallway. There’s nothing you can really do about this, so hopefully, the music is enjoyable! Don’t be afraid to sing along, no one will know it’s you behind the curtain. What happens in the communal bathroom, stays in the communal bathroom.

You might be surprised that this has to be said for communal bathrooms, but it can’t be stressed enough. Since you are sharing the bathroom with a large number of people, a little bit of courtesy goes a long way which starts with keeping everything clean and treating it like it’s your own. This will probably be one of the rules your RA will go over at the beginning of the semester when you have your first floor meetings. Some might roll their eyes at having to be told something so simple, but there are always those people who are unable to do the most basic functions in a bathroom..like flush! Yes, it does have to be said please flush the toilet after using it. How anyone decides not to is simply beyond comprehension. Apart from that, every part of the bathroom should be cleaned up after, including the showers and sinks. This doesn’t mean you have to go out of your way to make it spotless, but just make sure it is the same way you found it. This is really the best way to be considerate of the people who live on your floor. You really don’t want to have the reputation of being the person who got drunk and puked in the bathroom and just left it there. It just makes life much harder for your RA and pretty much everyone you live with. So once again, just to emphasize one last time, please treat the bathroom like your own and keep it clean!

10 Cozy Blankets For Your Dorm Room

4. Remember what you’re there for

Bathrooms are meant for you to go in, do your business, and leave. Nothing more and nothing less. You might end up having awkward encounters with people you only sort of know, but in the long run, it does not really matter. You might end up always seeing your RA or roommate using the bathroom at the same time you are and forced to make small talk about classes, life, etc. It can be painful especially if you don’t have a relationship with them but it can be a bonding moment if you want it to be. The same can be said for the rest of college: putting yourself out there with people you only sort of know in the hopes of maybe building a relationship. It would be a funny story if you do end up forming a friendship because of frequent encounters in the bathroom. Regardless, using a communal bathroom is one of the things that might be a new experience in college and is one aspect that you will eventually get used to. You will eventually know the best times to take a shower, which sink has the best water pressure and maybe even have your own karaoke session once in a while.

What are the communal bathrooms like in your building? Let us know in the comments!

Best Restaurants In Parker That You Need To Try