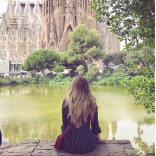 8 PrettyLittleThing Dresses You Need In Your Wardrobe This Summer

You’ve heard of introvert and extrovert, but what about ambivert? While the whole world feels divided between quiet and loud, I’m here to tell you that there’s such a thing as existing between the two. Here’s what it’s like to be an ambivert!

1. We love spending time with other people, but we also need plenty of time to ourselves

As a ambivert, hanging out with friends is one of our favourite things to do. But we also need a lot of quality time to ourselves. Some weekends, we can’t think of anything better than cancelling all plans and relaxing in bed.

2. We don’t like spending too much time alone either

If we hang out on our lonesome for too long, we begin to feel down and out and in need of social interaction again. If our uni friends go away at the weekend and we’re left in the flat by ourselves, we start to miss them and anxiously await their return.

3. Our friends disagree about whether we’re introverted or extroverted

Ever had a conversation with your friends about whether you’re truly an introvert or an extrovert? If your pals can’t decide, you’re probably somewhere in between. Welcome to the club.

4. We don’t mind a bit of attention

Any positive attention, that is. We take well to compliments, and we don’t mind being the centre of attention for a short while. Any longer than a short while, and we start to get uncomfortable.

What’s the point in pleasantries when you can have a meaningful conversation instead? For the ambivert, small talk is usually tedious and a little uncomfortable. We can do it, it’s just we’d rather have a conversation about things that actually matter.

6. We can be reserved in some situations

We act completely differently around acquaintances than we do around our close friends, and that’s totally fine. An ambivert will either be the life and soul of the party, or the quietest person in the room.

7. Some people describe us as being in our own little world

Has anyone ever told you that you zone out a lot when in conversation? Relatable. Ambiverts are sometimes described as being in their own little world, or away with the fairies. We’re great listeners most of the time, but we also have the tendency to get distracted in certain situations. We can’t help it, it just happens.

Why You Should Celebrate Your Small Victories

8. We don’t understand people who can go out three nights on the trot

But at the same time, we can’t comprehend people who never go out. An ambivert loves the party scene, but too much of it can become a headache. Although we can be a lot of fun on nights out, we sometimes lose all our energy three hours in and just want to go home.

9. We observe before we act

Ambiverts often observe their social surroundings before deciding upon how to act. We’ll usually start off on the sidelines of a party or social gathering and watch before interacting with others. The same goes for conversations. If someone is loud and dominant, we’ll hang back on the conversation entirely. If someone is a little quieter, we’ll take the lead.

10. We need the support of our friends when meeting new people

While we love getting to know new folk, we feel a little more comfortable if we have our friends close at hand. We’re totally fine with introducing ourselves to others, but we’d just rather our friends introduced us to break the ice a little.

Would you class yourself as an ambivert? Share in the comments!

Unisex Jewelry Everybody Can Flaunt

8 PrettyLittleThing Dresses You Need In Your Wardrobe This Summer

Best Hairstyle For You According To Your Zodiac sign

What Does His Style Really Say About Him?

The Perfect Drink For Your Personality

What Justice League Member You Are Based On Your Personality