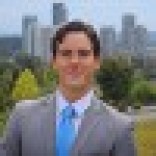 These Layering Tips From Celebrities Will Get You Inspired For Fall

Breaking a bad habit can be hard, you can feel like a prisoner to the habit. Fortunately, you don’t have to keep doing this bad habit. Whether it’s leaving lights on, biting your nails, or procrastinating, you can nip this bad habit in the bud and start living your best life! It’s going to take some hard work, depending on how long you’ve been doing this bad habit, but in the end, it’s well worth it!

1. Be Conscious Of Your bad habit

The first step in stopping a bad habit is actually recognizing that you have one! Maybe you’re not aware of anything you do that you could fix or anything that bothers your family or roommates. If you can’t think of anything, ask around, life’s all about self-growth so try and find something to fix in your life. If you’re aware that you leave all the lights on every time, or you are constantly biting your nails, recognize that and vow to make a change!

2. Reward Instead Of Punishing Yourself

When you catch yourself in the act or already having committed your bad habit, don’t feel down or pity yourself or you might be feeling crappy all the time if you really can’t break the habit. Instead, feel good and reward yourself for any small feat in breaking the bad habit!

Pretty soon you’ll start loving yourself more and more for having more self-control and you’ll want to stop doing the bad habit for that feeling! It feels good to be in control of your life and your actions!

If you’re comfortable sharing your bad habit with people, telling other people you’re going to stop it can be a huge help. What this does is it brings your friends or family in on the quest to stop the bad habit with you, now they’re on your side. If you have a good support group, they’ll hold you accountable and call you out any time they notice you falling into your old ways.

And you wouldn’t want to let them down would you? It’s always nice to do something with other people, and not feel like you’re fighting this bad habit alone, no matter how small.

4. Picture Your Life After You’ve Broken the Habit

If you’re constantly thinking about how your life would be if you broke this bad habit, you’ll want to start living that life. Let’s use two examples, first biting your nails. Imagine if you didn’t bite your nails, your hands would look so much more appealing and you wouldn’t always have them in your mouth looking like a child!

10 Gifs That Accurately Describe Being A Tattoo Addict

Or maybe you have a bad habit of always going out for food! If you went grocery shopping instead of eating out, you would probably have a lot more money saved and you would be eating healthier! Think of what life could be, and you might just snap that habit.

It may take a while for you to break the bad habit, and for you to form new, better ones but that’s OK! “Rome wasn’t built in a day!”, and you can’t expect to quit something you’ve been doing forever in just a day or two. It will be hard at first, but just stick with it and pretty soon you’ll be wondering how the heck you managed to do that bad habit for so long!

They say it takes around three weeks to break a bad habit, and another three weeks to form a new habit. So if you’ve been doing something you don’t like for years, it takes less than two months to fix! Not that bad in the grand scheme of things, don’t you think?

Can you think of any other ways to break a bad habit? Let us know in the comments!

These Layering Tips From Celebrities Will Get You Inspired For Fall