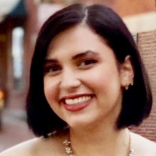 Like a lot of people, I find the vast majority of music I listen to on Spotify. Or, you use Apple Music (but we know, Spotify is totally better). Through any music platform, you can be led to a ton of different musicians that have a similar style to what you’re usually listening to, making you add their songs to your playlists in no time. You also come across artists who have a sound you’ve never heard before, but instantly, you’re hooked and want to hear more. Finding new music is quite the experience, and can have you singing along and throwing songs on repeat all summer. Here’s the musicians you should listen to now:

I first heard of Ingrid Andress when the song “Lady Like” popped up on a radio I was listening to on Spotify. I loved the lyrics so much from the very beginning. “I drink Tequila straight, haven’t brushed my hair in days, and I’ll kiss on the first date if I’m really feeling it.” Instantly, it feels relatable in a sense. All the way through, you get an idea who the artist is, while embracing all character traits and finding some of those within yourself. Her debut album, “Lady Like” that came out this year, is powerful, lyrically beautiful, incorporates a mix of country and pop, and has something in it that we can all understand.

One of my favorite artists lately is Australian musician, Jack River. The amount of times I’ve listened to “Fools Gold” on plane rides, walks, commuting to work, and car rides is uncountable. Listening to Jack River makes you want to sing, dance, and play on full blast any time of year. I listened to all of the album, “Sugar Mountain” once I heard “Fools Gold” and found it so easy to feel carefree listening to River’s music. If you’re looking for a mix of alternative, and pop music from another female powerhouse, check out Jack River.

Malden, Massachusetts native, Nick Hames is definitely on the rise as an up and coming artist – and if you’re not one of his thousands of followers on Instagram, you can check him out @nickhames. Since some of his videos playing guitar went viral a few years back, Nick now has over 70,000 followers on Instagram. His music is truly his own sound – incorporating all genres from pop, rock, blues and funk. It’s difficult to pinpoint exactly just what genre Nick falls in when it comes to music, but that’s what makes him stand out as a musician and artist. You can think of dreamy summer days, while listening to his hit “Venice” and then find it easy to sing along to “I Wanna Fly” on a night drive. At only 23, Nick has a ton of followers for someone in the music industry- and a few widely streamed songs out, especially his hit “Closure” which already has reached out 100,000 streams since it was released in November. You can listen to other songs such as “Dream Again” on streaming platforms, Spotify, iTunes, YouTube, and Soundcloud. He is releasing 2 singles, and an EP this year. Nick is one artist you should absolutely be listening to now – and tuning in on his Instagram lives, in which he connects with fans from all over the world on while playing guitar and singing covers, and his original tunes.

Put on the song “Lost” and it’s the perfect song to listen to while catching the sunset, like seriously a total summer vibe. I recently discovered Blake Rose’s singles on Spotify and am so happy I did. His music is the definition of calm, chill tunes that you should listen and sing along to on any summer drive or just while you’re relaxing with your friends. Another favorite is “Lady”, that is catchy as ever and will have you jamming to it on repeat.

Looking for a perfect summer song? Head to Spotify and play Phillip Larue’s “summer.” A catchy chorus, “you taste like summer, summer, summer” will be stuck in your head all day while you chill out by the pool to this true summer jam. All of Larue’s songs are musically so different from one another, such as “Sweet Love” and “West Coast” – but show how versatile Larue is as an artist. He is definitely worth listening to if you haven’t already.

If you’re a fan of upbeat, indie music – you should listen to Valley. If you love the vibe of LANY or flor’s music, Valley will probably be your new favorite band. I think I’ve listened to “There’s Still A Light In The House” all the time since I’ve first heard of it. It’s another great song for taking a summer road trip, or just hanging out, along with their whole album “MAYBE.”

I can’t describe how happy I feel when I hear Yuno’s song “Sunlight.” One of my absolute new favorite songs that I’ve heard in the past year. This song instantly screams summer, sunshine, and all around good vibes. I listened to this song so many times on my past trips to California, and felt it fit so perfectly with the sunny days and good weather. Yuno doesn’t just have one hit though – there’s many. “No Going Back” and “Fall In Love” are another two favorites. This is one musician whose music ranges from genres such as R&B, and indie to pop.

A band of musicians that I can’t stop listening to is Moon Taxi. I’m a big fan of indie, alternative, pop music and everything in between. This is one band that I put on every playlist I make with a mix of those genres of music. Moon Taxi’s music is perfect for waking up early in the morning, and needing a band to kickstart your day while you drink your coffee, on your train commute to work. They are also essential for any summer playlist consisting of alt-indie music. If you’re searching for more musicians to listen to in the indie rock genre, check out Moon Taxi’s “Mountains Beaches Cities” album that features some of their best songs, “Morocco” and “River Water.”

Have you listened to any of these musicians? Who are some of your favorite musicians? Let us know in the comments!

10 Documentaries That You Can Stream That Will Fascinate You