You’ll find the Hipster wondering the street of Shoreditch, drinking craft beer or a black coffee from an obscure coffee brand. He’ll probably be sporting a killer beard, and some oversized glasses. The hipster knows little known movie facts, and loves taking deep looking photos on his vintage Lecia. The Hipster is a great go to when you want to feel slightly edgy, and when you want to find an event that nobody else knows about. One to keep in your phonebook for when you’re feeling adventurous.

The City Boy likes to inhabit bars in Mayfair, Canary Wharf and Soho. Donned in suits and flashing the cash they have made making a huge deal for their company, most likely with regular suspicious trips to the bathroom and returning with twice as intense an aura and speech pattern. They make a huge deal about who they know and what they did last weekend. They regularly go on company trips to exotic locations and probably know how to ski. A great go to pal when you’re strapped for cash but still want to party hard, but (except for the nice few) not somebody to see every day.

The Student is a mysterious guy, rarely leaving his room except to go to the local Wetherspoon’s or Student Union where he will inevitably drink too much and eat his own body weight in Kababs. His outfit of choice consists of a T-shirt he’s probably owned since his last growth spirt, jeans which are ripped (not for fashion reasons) and a pair of worn Converse. He’s a good guy to go to when you want to just sit, with a drink in hand, and chat about stuff you don’t really understand but nevertheless have great passion about.

The Lad is a guy that everyone knows, and this is probably because he hilariously downed that gross pint that one time or ran down his road in the buff. He wears funny slogan T-shirts, tracksuits, and his main form of communication is Banter. He likes nothing more than sitting round his mates house, or a local park, drinking cans of beer while telling everyone who will listen about the hot bird he pulled last night. He’s a good person to go to when you want a low maintenance night, where you can let your hair down and spend a night doing stupid stuff- just know your limits.

The Gym Nut is rarely seen out of the gym, where he spends most of his free time using the free weights to flex his enormous muscles. He is obsessed with protein, eating roughly half his weight in eggs and chicken every 6 hours. He likes to wear comfortable clothes, never knowing where there will be an opportunity to bust out a few reps, and when he’s not exercising he loves to tell you about how much he can lift on his chest. The Gym Nut is somebody who you can ask advice about fitness and diet, and will know exactly how to get your body into shape… keep him around to help you stick to your New Year’s resolution.

The Workaholic, as the name suggests, is obsessed with work. He knows more about spreadsheets and making great presentations than any normal person should. He thrives on telling you about his job, will always be at work before you and leave hours after you stepped out of the office door. His main source of conversation is asking about if you finished before your deadline, did you email that guy about that thing and he assumes you’ll be happy to stay late to finish an irrelevant piece of work because he does it every day. He’s a great person to go to in the office to delegate your workload to, as he was going to be staying late anyway, leaving you free to slip out and hit the bar with your less work obsessed colleagues.

The Alternative is the guy you know who loves to listen to little known bands, and constantly complains how their music isn’t the same anymore once it reaches the top ten charts (he’ll remind you that he knew them before they became mainstream.) He lives in band T-shirts and tight jeans, and will most likely know how to play guitar; which he will do so at any available opportunity. He is your go to guy for attending gig’s you wouldn’t otherwise go to, and bring him with you if you want to sit in a park and listen to somebody play music while sipping a cold cider.

The GBF (or gay best friend) is stylish, knows every pop culture fact and, as he’s not interested in getting with you, will be very straight with you on a number of topics (“does this dress look good?” – “babe, you look like a £5 hooker”.) He’s great fun to go shopping with, attend the theatre or go out dancing with, with no added pressure. He’s an all round fun to be with guy, who you can discuss other men with while knowing you won’t be competing for the same ones.

The Sleaze can be found sitting alone, or with a group of equally smut minded friends, at the local dive pub, looking all the women up and down with more than friendship in mind. You never know how the sleaze is going to look, and by daylight hours he may be a fairly pleasant guy. However, with a couple of drinks in him he turns; dancing too close for comfort to you, while slurring and asking for you number and refusing to back off after many not so subtle hints. He doesn’t care if you have a boyfriend, insisting he just wants to be friends, and with the Sleaze it’s best just to move away as quickly as possible.

The Perfect Guy is variant depending on you, and could be any of the guys on this list. He is thoughtful, and is happy to spend the hours chatting away in a dimly lit corner of your favourite restaurant/ coffee shop/ pub. You will meet him when you least expect it, and quickly fall head over heels for him. You’ll find yourself picturing your life together at inappropriate times, and will tell all your friends and family about him. Maybe you’ve already met him, or maybe he’s just around the corner.. but what is for sure is that the perfect guy is worth holding out for.

How many of these types guys in London have you met? Tell us in the comments! 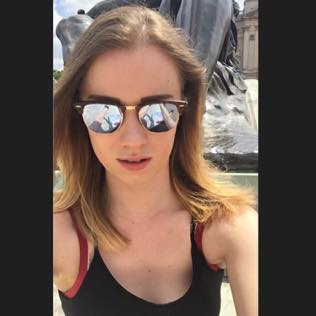 After graduating university in 2015, I've developed a love for fashion and healthy lifestyles. London is my home, but I love to travel at any opportunity possible... destination anywhere.

Shit Retail Workers Put Up With