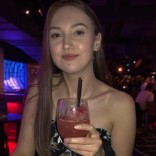 Why Do Students Gain Weight?

For many, college or university can be the first time a student has ever lived away from home and so cooking healthy meals, for many reasons, might not be their biggest priority. With little money, little time, and lots of stress, it is easy to buy fast food and takeaways all the time as a student. Consequently, this can certainly lead to some weight gain. But can it lead to the addition of a full 15 lbs?

There have been various studies over the years that have attempted to prove or disprove the freshman 15 theory. Results have been rather mixed, but for the most part, research has found that freshman students certainly are more likely to gain more weight than the general population, but not necessarily a full 15 pounds.

However, many recent studies have found that college and university students are likely to gain around five pounds rather than 15. In addition, the result is very varied depending on numerous factors and quite a substantial amount of students even lose weight in their first year.

This being said, through research into the freshman 15, it has been found that whilst students may not gain a full 15 pounds in their first year at college or university, most students do often gain a large amount of weight throughout their whole time at college. Again, research has found that this very much depends on the individual and their lifestyle and it certainly isn’t a ‘one size fits all’ situation. For example, students who drink a lot of alcohol regularly and rarely made home cooked meals were found to gain more weight throughout their time at college, than those who only drank occasionally and ate more home cooked meals.

Evidence suggests that the freshman 15 isn’t necessarily a rule for all first-year college and university students, however, it is possible if you don’t look after yourself properly. If you’re focusing too heavily on your studies and not prioritising your health, you are more likely to put on a significant amount of weight. Equally, if you are spending too much time going out and not enough time cooking meals, you are also more likely to put on weight. So, the bottom line is, if you do everything in moderation and learn to correctly prioritise your health, gaining weight can whilst at college can be completely avoided.

That being said, weight gain is nothing to be ashamed of. We don’t all look like models and that is absolutely fine. As long as you are healthy and happy, it doesn’t matter what the scales say. Simple remember to be sensible and look after yourself – your education and social life are important, but so is your health so learn to balance everything and you’ll be fine.

Did you experience any weight gain during your time at college or university? Let us know whether you think the freshman 15 is real or fake!