Some of the best clubs in Barcelona are unbelievable! Barcelona is an amazing city to party in. I was lucky enough to study abroad in Barcelona for six months last year. As an Irish student I’m no stranger to wild nights and encountering college students who take having fun seriously. Although nothing could have prepared me for how wild Barcelona was going to be. I go to college in Limerick, where there’s only a handful of nightclubs so Barcelona with its sprawling nightlife was a huge change. I’ll go through some of the best places to party in Barcelona as a study abroad student; seriously, these are the best clubs in Barcelona to visit when studying abroad.

Although I guarantee wherever you go in Barcelona, you’re going to have a great time! Find a promoter online or through your friends, this was a foreign concept to me before living in a huge city like Barcelona but by going up to bouncers and telling them you’re on a promoter’s list you can get into clubs for free. I always used the promoter Aashi Guest List, you can find him on Facebook; I can only talk about the nightclubs I visited frequently over the six months but there are so many amazing nightclubs in Barcelona, you definitely won’t be stuck for choice! Here are what I consider to be the best clubs in Barcelona for those of you studying abroad.

Bling Bling is great if you’re someone who loves giant nightclubs. There is one enormous open dance floor and it’s pretty much mayhem. It’s quite fancy and you feel particularly sophisticated to be there. The outside bar is a really nice touch. You could easily get lost in the crowds so if you’re going in a small group it would be best to arrange a meeting point if someone gets lost and make sure your phones are all charged.

Right beside the beach, this was our usual spot. It’s a massive nightclub and the music is always on point. You’re always guaranteed a great night out here. It has everything you’d want from a nightclub and it’s always busy. They play great music, they know how to drop a beat and the interior is beautifully decorated.

Pacha is the stereotypical Spanish nightclub and maybe its because it was hyped up so much, but frankly I was a little disappointed in it. Their famous lit up cherry symbol drew us in but we left shortly after entering. It was just a bit small and there was nowhere to sit down that wasn’t VIP. It’s right beside the beach and several other nightclubs so if you can get in for free through a promoter its well worth seeing it for yourself and you can make up your own opinion.

The George Payne is a great central bar to pregame at. There are usually drink deals on for study abroad students, which means it’s packed with students from all over the world. It’s a great way to meet new people. They have a pretty cool vantage point to take in the atmosphere as their upstairs floor is just a bar, a games room and then a totally open floor from when you come up the stairs, with a railing wrapping around a large square in the middle it , which lets you look down onto the main floor and gauge what’s going on. It’s a great spot if you love Irish bars or happen to be from Ireland because the Irish memorabilia on the walls will make you feel homesick and happy all at once. One of the bartenders was even from Donegal!

This is a great bar if you’re looking for something different or a quieter night. It’s a great place to pregame before Razzmatazz because it is right around the corner from it. They make unreal cocktails and do sangria and beer deals at great prices for students. It’s a bit different because there’s a big bar at the front and then there are just rows and rows of benches and tables in the long high ceiling room. It makes the atmosphere a lot friendlier when you could be sitting beside another group of students for the night and you usually get chatting to a lot of study abroad students there. You can also order food until quite late, things like nachos, which make the perfect accompaniment for drinks with your friends.

Jamboree is a whole lot of fun. It’s quite a small club but this makes it a lot more intimate and wild. The décor is beautiful and there is always good music playing. It’s a great place to go with a small group. With the size of the place you’ll feel as if you and your friends have the nightclub to yourselves for the night.

I saved the best for last. This was the best club I’ve ever been to, I always had such a fun night when I went there. The nightclub is basically a huge warehouse and is normally used for concerts so there is a big open space directed towards the stage. Then there are other rooms upstairs with different kinds of music. There is a rooftop smoking area, which is a really cool spot to cool off after dancing or bring your drink and sit under the stars. The thing I loved the most about Razzmatazz was their Wednesday nights because the DJ who preforms there that night always brought so much energy to the place and you felt like you were there just to watch him. This is ranked number one when it comes to the best clubs in Barcelona to go out at.

Let us know what you think about best clubs in Barcelona in the comments below! 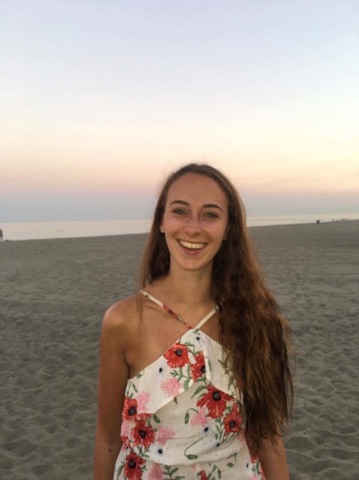 Sarah Talty is a freelance journalist based in beautiful rainy Ireland. Sarah has interviewed everyone from astronauts to rappers and loves nothing more than researching and writing about something that excites her. Although binging on Netflix shows comes a close second!

A Ranking Of The Best Setting Powder For Oily Skin