If a city has been around for centuries, it’s safe to assume that it has a few good stories to tell. Norwich, which is one of the oldest cities in England, has more than a few. Here are 5 historical facts about Norwich that may surprise you.

1) Norwich was a breeding ground for 14th century feminism

The first book in the English language, proven to be written by a woman, was penned in Norwich. The book, Sixteen Revelations Of Divine Love, was written between 1393 and 1395 by Julian of Norwich, an anchoress at the Church of St Julian.

Sixteen Revelations is known for its transgressive comparison of the canonically masculine Christian God to a mother nurturing children; the Catholic church refused to canonise her, probably for this reason. Nonetheless, this astonishing historic theologian is venerated by both Anglicans and Lutherans and her work is studied at the UEA to this day.

2) Some of the street names are hilariously dirty

Would you want to live in St Gregory’s Back Alley? I’m going to go ahead and assume that the answer is no, although, despite its naughty name this Norwich street has a prim and proper history — it’s simply an alley that goes round the back of St. Gregory’s church.

Opie Street, on the other hand, is a whole different matter. Its name is historically recorded as ‘turpis vicus’, or ‘shame street’ because Latin always makes things sound posh. That doesn’t change the fact that it was commonly referred to as ‘Gropekuntelane’, thanks to its thriving trade of (you guessed it) sex work. Centuries down the line, however, naming a street in honour of medieval hookers began to offend Victorian sensibilities. Gropecunt Lane was renamed Opie Street, allegedly in honour of 18th century poet and author Amelia Opie, whose name just so happens to rhyme with ‘gropey’. It’s a total coincidence, I swear.

Football fans may know that the Norwich City football team are nicknamed the Canaries. They play in bright yellow and green shirts, and their badge is a yellow canary on a green background. Why?

The association of Norwich with canaries goes back three centuries, to when immigrants from the Netherlands brought their pet birds to England. The adorable canaries took off (pardon the pun) in a big way; keeping them became the latest fashion and Norwich residents bred them to create different varieties. This eventually resulted in a breed known as the Norwich Crested, which is bright yellow with a green crest. Norwich City F. C. adopted the characteristic colours for their football kit in honour of this niche part of the city’s history in 1907.

In Norwich, so the saying goes, there’s a church for every week of the year and a pub for every day. This is only a slight exaggeration — there are more medieval churches in Norwich than in any city north of the Alps and two cathedrals, one Catholic and one Protestant.

Naturally, the population of Norwich are super devout… nah, just kidding. Nowadays, Norwich is famous for being the least religious city in England and Wales, with 42.5% of residents identifying as non-religious. That’s nearly double the national average!

So how are the pubs faring? ‘I sometimes see people at night who are drunk and wearing hardly any clothes,’ says Masoud Gadir, UEA chaplin and chairman of Norfolk and Norwich Muslim Association. Churches: 0 Pubs: 1

Anyone educated in England knows about William the Conqueror and the 1066 Norman invasion — probably in the context of a boring Year 7 history lesson. Fewer know that one of the first things William did after the whole conquering bit was go to Norwich in 1067 and build a massive castle.

The site he chose to build on was a large hill above the city, a good place for a fortification. Unfortunately, the hill was already occupied by about 100 Saxon houses. William, who after conquering England was fresh out of fucks to give, demolished the lot… only to discover that the site was also home to a Saxon cemetery.

Anyone who has ever seen a crappy B-movie about ghosts knows that this kind of behaviour is extremely unwise. But haunted house films weren’t around in 11th century England, and King Bill, whose grand total of fucks was still at 0, went ahead and built over the top of it. Nearly a thousand years later, the castle is still one of the most memorable historic landmarks in Norwich… and still (presumably) haunted by the spirits of dispossessed Saxons. Happy visiting! Facts about Norwich are pretty crazy! 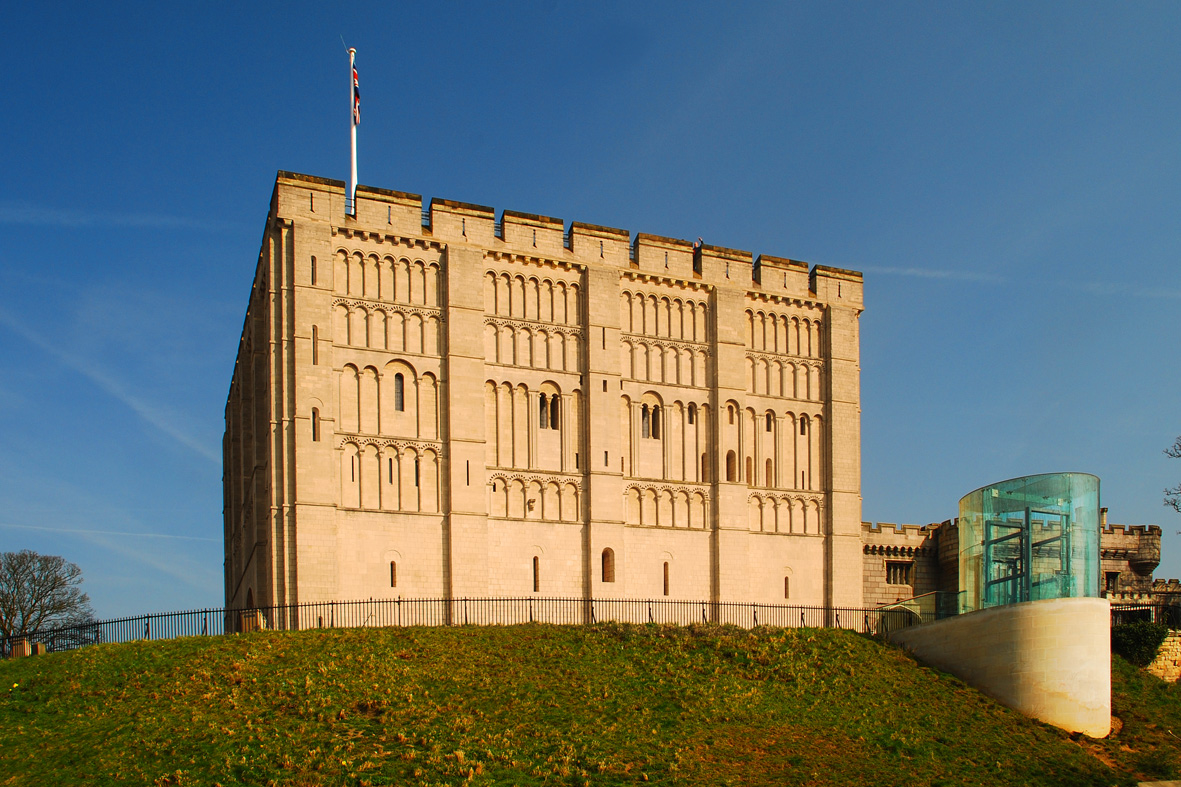 Did you enjoy these facts about Norwich? Let us know in the comments below!

The Best Drugstore Makeup Brands For Lipstick And Eyeliner