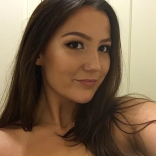 1. He Gets Annoyed By You

If he’s starting to get annoyed by the simplest things about you that he may have even once admired about you and what potentially once attracted him to you, then there’s something wrong. If he’s short and snappy when you ask questions; gets too hot and uncomfortable while watching a movie or gets irritated by your laugh, then this is a tell-tale sign he may want to end things.

If he once was super open with you and confided in you about issues but now seems withdrawn and closed, the relationship may no longer be working. It’s normal for people to sometimes want to solve their problems on their own and giving your partner space to do so is important, but if this lasts for extended periods of time, something is not quite right.

3. He Takes Forever To Reply To Texts

If you feel like it’s a struggle to even get a response from your boyfriend or he takes hours or even days to reply to a message, something’s wrong. At the start of a relationship, everything is normally super intense and there may be a lot of back and forth texting constantly, and that’s okay if that dies down. However, if it feels like your partner simply doesn’t want to hear from you then this could mean the relationship is going downhill.

4. He Doesn’t Make Time For You

No matter how busy somebody is or how packed their schedule might be, if someone wants to see you and make time for you, they will. If your boyfriend is constantly making excuses as to why he can’t see you or is too busy to make plans then the relationship has probably fizzled out.

5. He Doesn’t Comfort You

If he doesn’t comfort you when you’re upset or going through something and is ultimately failing to be the support system that your partner should be, then the relationship is definitely over or seriously going wrong. Having someone in your life to rely on and to have your back is so important, so if you’re lacking that in your relationship then you are going to have to have a serious conversation about where the relationship is going.

If you ever get into an argument and he turns nasty and starts personally insulting you, this is not the sign of someone who loves you and supposedly cares for you. You shouldn’t stand for this in your relationship and if this is the way you’re being treated, the relationship is no longer working.

7. He Doesn’t Care About Your Needs

If your boyfriend was once super attentive towards your needs and did things that he knew you wanted or needed, but no longer seems to care at all about your needs, then he isn’t the one for you. If he only cares about himself and has turned super selfish in the relationship, it’s not working.

At the start of a relationship things are normally quite intense in terms of being affectionate and super touchy-feely all the time, but if that aspect of your relationship has completely vanished, then somethings wrong. Hand holding, hugs and kisses and general random acts of affection are the key to a strong relationship, so if these things aren’t happening then the relationship could be coming to an end.

If he just generally seems unhappy in the relationship and not at all like he used to be, then something is wrong. Sometimes relationships fizzle out and come to an end, and that okay. Him appearing just unhappy is one of the biggest signs the relationship could be over.

If he never tells you he loves you anymore, then he probably doesn’t. Telling your partner you love them and complimenting them shows that you’re super in love and in a healthy relationship. If not, then the relationship is probably not going well.

If you are experiencing any of these signs or have any other signs the relationship isn’t working, let us know in the comments!

How To Stay Motivated While On A Run