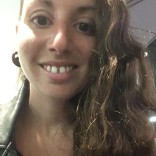 8 Simple Ways To Boost Your Creativity

From 18th of January Netflix spectators can have the disturbing experience to watch its new documentary about the disaster of the FYRE Festival. What was initially promoted by supermodels and influencers as a luxury and dreaming music festival in an island of the Bahamas once owned by Pablo Escobar, it revealed eventually to be a completely failure. Responsible of this catastrophic party, that, indeed, never happened, was Billy McFarland, a young and charismatic entrepreneur as well as arrogant and mythomaniac rich kid, along with his business partner, the rapper Ja Rule. While they were selling an extra luxury version of Coachella, among yachts and villas, eventually attendees found a location full of soaked basic tents, barely no food and water as well as no music and electricity.

Well, I don’t want to spoiler everything in details. If you have a couple of hours free I highly recommend to watch this scary piece of entertainment. The sort of you can’t stop to think if everything you are seeing is actually real! The only certainty is that this epic financial failure is able to teach us something important. Here, what I learned watching FYRE Festival: The greatest party that never happened.

1. If something seems too good to be true, well, perhaps, it is!

The first basic lesson that we can easily acquire watching the disastrous tale of FYRE Festival is that we must always beware from what appears too perfect. “Distrust from appearances” is the message that resounds loudly throughout all the movie. Here, something that looked too fabulous to be real, it sadly came out to be a fraud, eventually. An useful warning to keep in mind for our everyday life, from relationships, general decisions and purchases, of course.

2. How to recognise and avoid a bad leader.

I’m sure that in a couple of years FYRE Festival will become a case study, among business classes, of what bad leadership means. In fact, it is full of teachings of what to look for in a bad leader. Just to cite some examples, if someone has charisma, it doesn’t mean he has the necessary skills too. Or, if your boss doesn’t accept obvious advices and doesn’t want to focus on problems but just on solutions, well you should start to be worried about. Generally speaking, I think that everybody who watched it starts to question in his mind his own boss or his own actions.

3. There is nothing more scaring than people!

Another surreal moment is when the documentary puts light on attendees reactions and behaviours facing this hilarious disaster. A sad portrait of how our society is fucked up that shows these entitled kids, not so victims at the end, who starts to enter in a savage and survival mode for grabbing the best supplies for themselves. In particular, the limit of the decency comes when a guy told of how his group of friends, for having a tent without any neighbours, went around to urinate in the nearest ones. If it’s true that desperate people do desperate things, here the old lesson that people are the worst is very palpable.

4. How we are easy influenced by social media.

The funny as well as scaring thing, of this inglorious vicissitude, is how it was easy for its founders to manipulate consumers minds. It was enough to put online a nice video full of booze, top models and stunning beaches for vending a new concept with no proven guarantees. Few posts from famous influencers and voilà: all the tickets were soon sold out. The excitement about FYRE Festival allow us to reconsider and interrogate the obsessed desire of an exclusive lifestyle upon everything. Our materialistic society, based on social media appearance, is here questioned and depicted as something that we must have fear of.

Watching FYRE Festival make you feel in late of everything in your life: a work, a call, a payment. It recalls you the feeling of being unprepared in front of broken promises. Who never experienced that?! As when you make up lies also to yourself for avoiding to cope with problems and issues. It shows how procrastinating could be really dangerous. At the end of this surreal story, you will swear to honor your deadlines and complete your tasks forever in time!

Here I explained what FYRE Festival story teaches to me. Have you had other feelings? Share with me your considerations in the comments below!

11 Things Only People From Wolverhampton Will Understand

8 Simple Ways To Boost Your Creativity