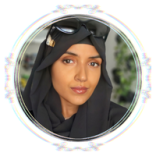 Growing up chubby and uncomfortable in my own skin, you could say that I have probably tried every single diet under the sun in a bid to lose weight as opposed to doing the proper thing and eating less combined with exercising more. The one that put me off dieting for sure was a little something known as the Cambridge diet – so what is that exactly?

Well hopefully, as you can guess by the name, the Cambridge Diet was invented in 1970 by Doctor Alan Howard at Cambridge University. This diet is what is known as a very low-calorie diet (VLCD) but here’s the alarming part – it’s so low calorie that you can only do it 12 weeks at a time. This should have set off alarm bells in my head, but I was determined 17-year-old hoping to find a diet that would produce results.

That chart looks kind of confusing right? Let me explain. Step 1A is known as the ‘Total Diet Replacement Step’ – you consume anywhere between 450 and 6oo calories a day in the form of three-four meal replacement products. This goes on for essentially two weeks before you re-introduce solid foods back into your diet. Step 1B is the step where you would continue to take in these replacement shakes however, you are allowed to reintroduce (minimal) solid foods back into your diet.

You’re all probably wondering if the Cambridge Diet worked – I’ll keep it short and give you the direct answer. Yes. The Cambridge Diet did indeed work; consultants for the Cambridge Diet usually inform you to expect an average weight loss of a stone (6.35kg) a month, however, I had managed to lose 11kg in four weeks! Was I happy about the weight loss? Ecstatic! I was on the road to being the next Kate Moss in my head but was I truly happy? As in emotionally and physically? Absolutely not – in fact now that I’m sat here writing about it, that period had to be where my self-esteem had taken a turn for the worse. Yet, I continued with this diet.

My weight loss journey should have been made due to health reasons – that is not what it was about. I sucked it up for four weeks straight and maintained the strict regime of this diet but not with a good state of mind. Each time my stomach grumbled, I would find myself cursing and deprecating myself – why did I have to be fat? How comes only thin people were seen as beautiful? Was my personality not enough? At the age of 17, I found myself going through a major existential crisis and I kept taking it out on myself and eventually, on the people around me.

As you can tell from this diet, there is not a lot of food involved. When thought about it logically, the first step is literally starvation – being super hungry usually means you’ll feel angry as well. Put simply?  Your brain needs fuel to regulate emotion; food = fuel, no food = no fuel and no fuel means no control over your emotions. I found myself getting worked up over the smallest things more easily; I found myself crying over small things like the supermarket running out of my favourite kind of soy yoghurt. And I couldn’t stop myself from crying either, I was literally an emotional wreck.

Not only that, I was always more lethargic. Stairs exhausted me and I lost all will power to go on my morning walks – I just wanted to sit in one place all day. Exercise has been proven to help keep you mentally fit as well as physically fit; at this point, I was neither. I just wanted to continue losing weight. By the end of the ninth week, I had decided to check my weight and was mortified to find that I had lost only 5kg in comparison to my previous loss of 11kg. What did I do? I took the diet to the extreme – I would miss out days of the week altogether and just starve but then, whenever I was given a chance to eat, I would only eat things high in sugar which gave me a rush for a while until I would crash and burn back onto the sofa.

As the twelfth week of my diet approached, so did my eighteenth birthday. Balloons and a party? More like collapsing and ending up in the hospital with tubes up my arm. To say I may have overdone it was an understatement but something good came out of it for sure. It was almost as if hitting my head when I had collapsed knocked some sense into me – every single diet I had ever tried in my life made me hate myself and I was so tired of it. I had no plans of spending my eighteenth birthday in the hospital but I left myself no choice. I decided then that I didn’t deserve this and honestly, I don’t think I have dieted since.

For those who want to give this diet a try, by all means go ahead. Everybody is different and every body is different – maybe your body is better suited to this kind of diet and maybe you’re mentally stronger. My only advice is from one ex-avid dieter to another is that you’re worth more than those diets make you feel. Good or bad. I wish I could go back and say this to my seventeen year-old self but I can’t, so I’ll say it to you guys instead. Being kind to your body is the best thing you can ever do for yourself – I’m not entirely there yet but I hope to be so soon.