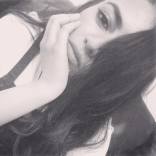 Vitamin E oil (also known as Tocopherol) comes in the form of thick oil. It is beneficial for your body as it boosts your immune system, along with numerous other health benefits such as protecting against certain cancers. As for its external benefits, Vitamin E oil is known as a potent antioxidant which helps to prevent and remove wrinkles and rejuvenates the skin. Plenty of anecdotal evidence suggests that when applied topically, Vitamin E oil can lighten the appearance of pigmentation, dark spots, dark circles and even scarring. Having used it myself under my eyes for many years, I can attest to its powers of dark circle reduction. Aside from this, Vitamin E oil is a brilliant rich moisturiser, so it’s a great multi-use product!

While tea is considered a tasty liquid delicacy in Britain, India, China and many other countries across the globe, its benefits don’t stop at waking you up in the morning after a late night, or allowing you to push through a long day at work. As we all know, tea contains a stimulant called caffeine. According to notable skincare brand, The Ordinary, ‘caffeine constricts blood vessels to reduce discolouration and swelling’. This is precisely why caffeine is the active ingredient in dark circle reducing undereye creams and gels such as Garnier anti-puff eye roller and The Ordinary Caffeine Solution. But the benefits don’t stop there, tea also contains tannins, which contain antioxidant properties that help to protect and preserve the delicate skin under the eyes.

Place cold teabags on the undereye area, and allow them to sit for as long as you’d like. Do this daily to see the benefits of using tea to combat dark circles.

Milk is a great ingredient to incorporate in your skincare routine. It contains an enzyme called Lactic Acid (also known as a form of AHA), which helps to exfoliate the surface of the skin without being harsh. Over time, lactic acid can lighten pigmentation on the skin, making it a perfect home remedy for stubborn dark circles. Milk is also extremely moisturising and nourishing on the skin, so it keeps the skin supple and soft. It’s no wonder that legend has it that Cleopatra used to bathe in milk to achieve an enviously beautiful complexion!

Turmeric is a well-known spice, which has been used in Indian cooking and Ayurvedic medicine for thousands of years. Although you probably wouldn’t be able to tell simply from looking at it, this spice offers a whole host of fantastic benefits. This wonder ingredient is packed with antioxidants and has anti-fungal, anti-bacterial and anti-inflammatory properties, due to its curcumin content.  In addition, turmeric can inhibit excess melanin, which allows it to treat the appearance of dark circles, with continuous use over a period of time.

Simply Mix a pinch of Turmeric with any cold pressed base oil and apply as a mask under the eyes, being careful not to rub the mixture around the eye area, as the granules can be harsh on the skin.

Aside from containing an array of beneficial vitamins and minerals such as Vitamin K and Vitamin E, Sweet Almond oil also contains niacinamide, a Vitamin B3 derivative that helps treat dark spots, pigmentation and even acne. These properties alone make Sweet Almond oil a great fit for treating dark circles, but Almond oil is also highly emollient, so great for moisturising and keeping wrinkles at bay!

What remedy will you be trying first? Tell us in the comments!

7 Pasta Recipes All Food Lovers Have To Try

The Sensitive Skin Rundown: Things To Do And Definitely Not Do

The Beginner’s Guide To AHA’s And BHA’s