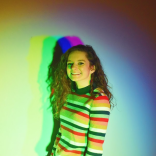 With so much of university revolving around alcohol, whether it be a casual drink at the pub with friends or a Friday night out at bars and clubs, staying sober at university can sometimes feel impossible, especially if you still want to spend time with friends and enjoy the university nightlife.

Whether you’re staying sober for a night or for the long-term, this is our advice for staying sober at university and still having fun.

Find a non-alcoholic drink that tastes better than alcohol

When I first started staying sober at university, my first change was my go-to drink. For me, it was important that when I was out with friends, I was drinking something that would look like another alcoholic drink at first glance, instead of just having glasses of water while my friends downed pints of beer.

Black currant lemonade (or a virgin VBL) is actually preferable to me than most alcoholic drinks, and at most bars, it costs less than £1. Also, because it’s a virgin version of an alcoholic drink, you can always tell people you’re just drinking a VBL if you don’t want them to know you’re sober for the night.

You can always order lemonade or a diet coke at the bar without alcohol as well, but finding a virgin version of a cocktail to keep the taste but avoid alcohol is a great solution to changing your go-to drink at the bar.

Play drinking games, even if you’re not drinking

Just because you’re not drinking doesn’t mean you can’t participate in all the fun of a night out, especially if you’re drinking a mixer and it’s not even obvious that you’re staying sober. Part of the fun of most nights out is the pre-drinks before, and just because you’re sober at university doesn’t mean you have to miss out. In fact, your friends will appreciate that you’re not letting a lack of alcohol stop you from having fun.

Don’t be judgemental of drunk people

One of the reasons why people are often hesitant to hang with those people staying sober at university is because they can be judgemental of them when they’re drunk. If you’re sober, avoid saying things like “Oh my god, you’re so drunk,” or, “that’s not funny — you’re just wasted.” No one appreciates negativity when they’re trying to have a fun night, and it’s easy to get into this mindset if you’re sober and surrounded by drunks.

Offer something that people appreciate

While drunk people can have their advantages, like being the life of the party or a source of jokes, non-drinkers can also offer something to the table on nights out. Whether you’re the designated driver, the mum of the night, or the one in charge of starting new games to play, making the night more enjoyable for other people will lead them to appreciate you on a night out and invite you out more, even if you’re staying sober at university.

When I first started staying properly sober at university, having energy drinks felt like an easy way to ease out of the drinking culture and into sobriety. It’ll give you something to sip on and give you energy. You’ll have a much better time if you’re awake and perky!

Buying a pack of Redbull or Monster while everyone else is buying a case of beer actually doesn’t make you stick out as much as you may think, and if you’re trying to hide the fact that you’re sober from other people, you can always say you’re drinking vodka Redbull or jägerbombs.

Stay off your phone

When you’re drinking, it’s a lot easier to stay present and socialise than if you’re sober. It can be easy to spend a whole pre-drinks on your phone in the corner if you’re not drinking. However, this will not only make the night less fun for you since you’ll be scrolling through Instagram while everyone else is having a good time, but it can also make you a bummer on everyone else’s nights, which you want to avoid if you’re sober at university.

Instead, try to keep your phone in your pocket for the night or turn it off. Socialise, play games with everyone else and stay present. It’s easier said than done if you’re not drinking and everyone else is, but it will get easier over time.

No one really cares that you’re not drinking

I’ve lost count of the nights where I’ve told people my drink had alcohol in it and they believed me. While I’ve been sober at university, I have made sure to try to still be fun on nights out. It can be as easy as just singing and dancing, smiling instead of frowning, and being part of the conversation. As long as you’re having fun, people usually couldn’t care less whether you’re drunk or not.

If you’re still nervous that people will judge you for not drinking, you can offer up some white lies about what you’re drinking and pretend that your glass of coke is actually a vodka coke. Before you know it, your preconceived notions about sobriety will fade and you’ll be able to start enjoying yourself on nights out, even if you’re sober.

What are your thoughts on staying sober at university? Have you had a good experience with any of these tips? Let us know in the comments below!

How To Become A Master Cocktail Creator

The Best Drinks To Serve At A College Party

5 Quick Hangover Hacks To Survive At Work The Day After

7 Alcoholic Summer Drinks For Any Sweet-tooth

5 Of The Best Alcoholic Drinks To Start A Dorm Party