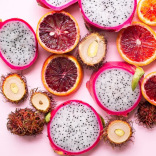 It’s that time of year again, Coachella 2019 the Indio music festival will host a weekend of live music in Palm Springs. It’s a huge music event that attracts thousands of festival and party goers and huge music lovers too. Coachella is known for the glitz, shimmer and sparkle as well as all of the beautiful dazzling fashion outfits and colourful makeup. Because of this, the Coachella experience also makes for a great Instagram worthy post. With all that being said, prepare for the event by reading ahead to find out about everything you need to know for the Coachella 2019 lineup, and what you should expect of the event.

The Coachella Valley Music and Arts Festival is an annual music festival held over two weekends in Indio, just east of Palm Springs.

Who Is Not Performing At Coachella 2019?

Kanye West reportedly pulled out of headling the music festival after his demand for a custom-built dome for his performance at the festival couldn’t be met by festival organisers. Luckily the organisers were able to replace West with Ariana Grande, who had no such demands.

Justin Timberlake is another musician who was slated as a headline act for the 2019 festival but is no longer in the mix. The Grammy-winning artist is reportedly unable to perform at Coachella 2019 due to a scheduling clash with his Man of the Woods tour.

How Much Are Coachella Tickets?

When Will The Coachella Set Times Be Released?

The full Coachella schedule is typically released a few days before weekend one, so you’ll have to wait until April to sort out any schedule conflicts.

Where’s The Festival Map For This Year?

Like the schedule, expect this to arrive shortly before gates open. Last year’s fest made some meaningful changes to accommodate the increased crowd capacity: The outdoor stages were still in the same spot, but the popular EDM-focused Sahara tent was moved to its own corner of the grounds, near the entrance. The smaller, multi-genre Mojave tent was moved east, into the Sahara’s former location near the VIP Rose Garden.

It’s All About Being Stylish And Confident At Coachella

Coachella brings friends together for a weekend of fun. It’s a great excuse to dress up, celebrate and dance the day and night away.

The Music Is Important, But Don’t Forget About The Food

Fresh fish tacos are a must – eat whilst you’re at Coachella – there’s a variety of food available, but these tacos, in particular, are a well-recommended food choice.

Fancy something sweet? These waffle pops are a trendy sweet treat during the Coachella period – not only do they look and taste great, but they make for a pretty sweet Instagram worthy picture.

Must-Have Fashion And Beauty Picks You Should Pack

These are some great essential must-haves to pack with you for your Coachella experience. All the clothes are versatile and can be mixed and matched together whilst the importance of sunblock and sunglasses is always a must. Having a phone/battery charger is undeniably important – you’d hate not to be able to capture some of the best moments of the festival on your phone. Don’t rely on someone else to have a charger – pack your own!

Can any of you previous Coachella goers suggest any handy tips to prepare for Coachella 2019? Comment and let us know.

Top European Destinations According To Your Personality Type

Music Festivals In Europe You Need To Experience