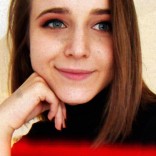 We’ve all been there; You’ve been up since eight, had a full day of studying, been to pres, spent hours in the club, and now it’s four in the morning and all you want to do is sleep. All that stands between you and the comfort of your bed is a full face of makeup that you really can’t be bothered to remove. But don’t give in to temptation. Sleeping in makeup is a dangerous game and every girl should know about the risks.

Even after one night, sleeping in makeup can take its toll on your skin. If you didn’t bother to take off your makeup last night, waking up you may notice that your skin looks patchy and you have a few spots (or even a breakout if your skin is sensitive).

If this is the case, make sure that you wash your face thoroughly as soon as possible. Remove your makeup, use a cleanser to clear your pores, moisturise and definitely don’t make a habit of it.

2. Your Pores Will Become Clogged

Sleeping in makeup on a regular basis can wreak havoc on your skin. One night’s sleep can be bad enough, but if you make keeping your foundation on a long term thing you will notice all kinds of problems. It gets way worse than just ruining your pillowcase.

The main issues arise due to clogged pores, the results of which go from pimples and blackheads to full-blown acne breakouts. Why? Pores themselves are the skin’s way of cleaning itself, removing dead cells by producing oil. However, if your makeup is in the way, the oil will get stuck and this will cause all the issues mentioned above.

3. Your Skin Will Look Sad

The problems caused by sleeping in foundation don’t stop there though. Your skin won’t just fall victim to clogged pores but it will start to look tired as well. Dark circles will get worse, your eyes might look puffy and your skin may look pale and unhealthy. Over time it will also become dehydrated and dry.

Per day we shed around 50 million skin cells and sleeping in makeup means they become trapped. Due to this, they cannot renew. But it doesn’t just trap in dead cells, it also forms a barrier that keeps out good things such as your moisturiser which is a must-have in any skincare routine.

We promise we’ll move on from foundation in a moment but there’s one last consequence of wearing it to sleep that you’ll definitely want to avoid. Wrinkles can be brought on faster and worsened by regularly sleeping in makeup.

The reasons are all a bit scientific. Environmental pollutants and dirt that has become trapped in the makeup cause an increase in free radicals. These try to take electrons from the atoms that make up your skin, causing damage to the DNA. If that’s too complicated to get your head around, just trust us. Don’t leave your makeup on if you want your skin to stay young.

Eye makeup can be just as bad for you to sleep in as foundation is. Irritation and infection are both common issues, as well as styes and hordeolum. So, while it may be the hardest part of your makeup to remove, you definitely don’t want to neglect it.

Just as foundation can clog your pores, so too can eyeliner and mascara. The difference is that they clog hair follicles and oil glands in and around your eyes. This can create styes and hordeolum which can be hard to get rid of and feel really irritating. Furthermore, infection is also a danger with bacteria clinging to eye makeup. So make sure you remove it!

Eyelashes are also at risk from your laziness. Stripping the natural oils from them, mascara can cause eyelashes to become brittle. This means they will break easily and leave your lashes looking short and scraggly.

But the problems don’t stop there. Brittle eyelashes may sound bad enough on their own but they can also become dangerous. Breaking off so easily means they can fall into your eye, risking scratches to your cornea. Even if it isn’t your lashes that fall into your eye, little flakes of dry mascara can get stuck beneath your eyelid and these can also cause scratches.

Finally onto the lipstick. This one is pretty easy to remove but if you don’t you’ll still find that you create some issues. Most lipsticks contain waxes that will dry out your lips, leaving them chapped. It’s much better to remove it and instead wear a hydrating lip balm to sleep instead.

Also, on a side note, lips are surrounded by tonnes of pores and you know the drill by now. Leave the makeup on and they will become clogged just like anywhere else on your face.

8. Wipes Are Not Enough

Maybe, even though you hate taking off your makeup, you think you’ve found the perfect solution: wipes! They’re portable, quick to use and take your makeup off in no time. And, while using wipes may be better than sleeping in makeup, they are no replacement for a proper nightly skincare routine.

If used incorrectly they can leave harsh chemicals on your skin, smear your makeup in instead of removing it completely, and (if they have alcohol in them) can dry out and irritate sensitive skin. So basically, the lesson is to just look after your skin with a proper routine.

Are you guilty of sleeping in makeup? What’s your routine like for removing it? Let us know in the comments below!

Why Every Girl Needs To Try A Makeup-Free Week