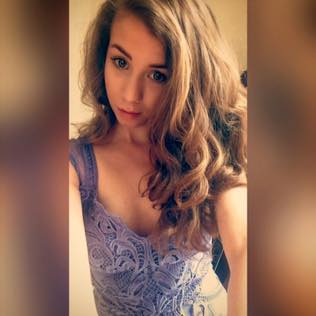 10 Mistakes Everyone From London Makes

Essex is a county full of talent. Here is a list of ten celebrities you may never have known were born in Essex.

Jamie Oliver, MBE, is a British celebrity chef and restaurateur. Born and raised in Clavering, Essex, Jamie made his BBC television debut in 1999 in The Naked Chef which was followed by his number one UK best-selling cook book.

Just had the granita ever at da Alfredo with local Mulberry and almond so thoughtfully made bloomin delish!!! Like a cold Bakewell tart amazing

Ross Kemp is an English actor (well known for his role in EastEnders as Grant Mitchell), author and BAFTA award winning investigative journalist. Born and raised in Barking, Essex, Ross now has international recognition for his critically acclaimed and award winning documentary series.

Born in Ilford, Jessie J is a successful solo artist famous for singles such as Do it Like a Dude, Domino and Price Tag. She describes herself as having a sarcastic sense of humour, who loves to write songs and sing them to people all over the world. Most people will agree that she is a down to earth Essex girl who hasn’t forgotten her roots.

Victoria Louise ‘Pixie’ Lott is an English singer, songwriter and actress who rose to fame with her debut single Mama Do (Uh Oh, Uh Oh) inn 2009. At the age of 13, Pixie moved with her family to Brentwood, Essex and has since been spotted on nights out in the famous Sugar Hut.

Mark is a television and radio presenter, television personality and model, who is known for appearing as a cast member on the first three series of TOWIE. He was born and raised in Buckhurst Hill, Essex and now lives with wife Michelle Keegan in London.

Olly Murs rose to fame after competing in Xfactor and finishing as runner up. He is now a well known singer, songwriter, TV presenter and actor. Born in Witham, Essex, Olly moved out of his family home into Toot Hill, Essex in 2002.

Ireland!! you never fail at being awesome!! Thanks for yet again a super night! See you cheeky lot soon 💪🏻😝👊🏻

Stacey Solomon is an English singer, television presenter and television star. Born in Dagenham, Essex, Stacey rose to fame in the 6th series of the Xfactor, coming third overall.

It was an eventful @loosewomen today! Had as much fun as ever and am so proud to work with, and be a part of such an incredible team who are just so effortlessly brilliant at what they do! Here's the outfit details for anyone who fancies knowing haha Jumpsuit @liquorishonline

Dame Margaret Natalie Smith, DBE, is an English actress, arguably the most well known for her role in the Harry Potter films as Professor Mcgonagall and Violet Crawley in Downtown Abbey. The star now lives in London, but was born and raised in Ilford, Essex.

Thanks you dears for 1,000 followers! You've made me so happy❤️

A post shared by Maggie Smith fanpage (@damemaggiesmithfanpage) on Jun 7, 2017 at 5:23am PDT

Rochelle Humes is a singer and TV presenter, best known for her teenage career in S Club 8 and member of the pop group The Saturday’s. She was born in Barking and attended The Coopers Company and Coborn School in Upminster, Essex. She is now married to former JLS member Marvin Humes, and is a mother of two.

A festival of food, what dreams are made of 💥 Thanks @justeatuk for a wonderful evening #JustEatFoodFest

Franie Bridges is an English singer/ songwriter and former member of S Club 8 and The Saturday’s. Born and raised in Upminster, Frankie attended Hallmead School, Upminster and is now the wife of footballer Wayne Bridge and mother of two sons.

Do you know any other celebrities from Essex? Let us know down below!

The Typical Day Of A UWE Student

10 Mistakes Everyone From London Makes

10 Reasons Why Essex Is The Best Place To Live

The Worst Things About Going To University In Your Hometown