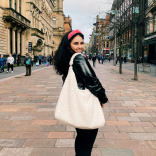 It’s June and the pride month is here and to kick the celebrations, we’re looking at the best places to celebrate pride around the world. As we enter the celebratory month of standing against discrimination and violence towards lesbian, gay, bisexual and transgender (LGBT) people, thousands of the community stand up for their dignity, equal rights and celebrate sexual diversity and gender variance for everyone. This year is an especially important year for Pride as it marks the 50th anniversary since the Stonewall uprising of 1969, the event that started the gay liberation movement and the importance of the global fight for gay rights over the last decade.

2019 will host some of the biggest Pride celebrations, parties, parades and celebrations around the world, so here’s our best places to celebrate pride this year.

The UK’s most popular and boldest place for Pride is Brighton. A fabulous two-day festival fairground at the very heart of the centre of Brighton, which attracts over 400,000 people each year. This year catch pop princess Kylie Minogue along with the iconic pride parade and carnival of diversity, with a vibrant fancy dress celebration of the diverse community, Brighton is overall a great place for pride celebrations.

Amsterdam hosts one of the most unusual gay pride parades in the world, with instead of parading the streets, LGBT and their allies take to the canals of the city and float down the cities infamous canals in brightly coloured boats to celebrate love and equality. With a stream of street parties and dance parties, it’s sure to be a unique celebration for all. It is the largest gay pride event in the Netherlands and is a great place for pride celebrations.

San Francisco hosts one of the largest LGBT parades in the world, and has become a world leader in the fight for gay rights and a popular place to celebrate pride. Marches, parades, dances, and stage performers take to the streets of San Francisco for Pride Weekend. Celebrations begin downtown, and the parade walks through the city and consists of hundreds of members from various widely known LGBT groups including Dykes on Bikes and Families and Friends of Lesbians and Gays (PFLAG) it’s the ultimate place for pride celebrations.

As the birthplace of Pride, New York is one of the best and most popular places in the world to celebrate pride and the fight for equality. Attracting tens of thousands each year, the Annual New York City Pride march begins on Fifth Avenue and ends at Greenwich Village down in Lower Manhattan. This year’s festivities in New York City are expected to be the biggest and best yet.

So pack your most colourful outfits and prepare to fly the rainbow flag high this summer and celebrate pride in some of the best countries around the world!

Where in the world are you celebrating pride this year? Let us know in the comments!