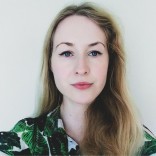 Athens is a beautiful city but Greece has such a rich myriad of stunning destinations that it would be too much of a waste to just stay in the capital. Here’s a list of places in Greece that you should put on your bucket list now.

The Peloponnese region is the southernmost peninsula of mainland Greece. If you’re fascinated by ancient history then you’re going to love it because it’s quite literally the home of legends. Here Greek gods meddled in human affairs and Paris eloped with Helen and ignited the Trojan war. Expect to see relics of ancient civilizations, snowcapped mountains and glorious sandy beaches.

Thessaloniki is Greece’s second largest city after Athens. It’s a port city in the north of Greece and its vibrant social life, cuisine and remarkable architecture is enough to rival the capital. Its most famous landmark, the White Tower sits on the seafront and harbours a whole host of cocktail and music bars beneath it. If you love cities but want to try somewhere different then Thessaloniki is the place for you.

Corfu is a Greek island in the Ionian sea. Situated near the northwest coast of Greece, it’s popular with tourists during the summer months but there are plenty of beaches to go around. Its rugged mountainous landscape and sandy bays make it the perfect destination to relax in. Corfu’s cultural heritage is largely influenced by years spent under Venetian, French and British rule until it was united with Greece in 1864.

If you love ancient archaeological sites then make Delphi your next holiday destination. The town sits on Mount Parnassus in the south of mainland Greece and it’s famously the home of the 4th-century-B.C. Temple of Apollo as well as an ancient theatre and stadium. Unsurprisingly, it’s a UNESCO World Heritage Site and it has a fascinating cultural history to go with it.

Crete is Greece’s largest island and it has everything you could possibly want in a holiday destination from culture, beaches, beauty and food. For those who hike, Crete’s White Mountains have a whole host of trails to get stuck into. Don’t miss the Samira Gorge, the longest trekking gorge in Europe and on many a tourist bucket list. For those who prefer a more relaxing holiday, there are of course beaches and restaurants to enjoy.

Meteora is one of those destinations that fill you with awe at human innovation. It’s a towering rock formation in central Greece which hosts one of the most insanely built and precipitous Eastern Orthodox complex of monasteries in the world. Just looking at it will make you catch your breath because believe me the drop is big. There are six monasteries altogether and the site is one of the most visited in Greece, attracting over two million tourists annually.

If you want a bit of a party atmosphere then Skiathos is perfect for you. This northwest Aegean island is best known for its buzzing nightlife, bars and restaurants. Despite its small size, there are over sixty beaches on the island and all are sandy. Spend your days hiking the trails, beach hopping on a moped and seeing the sites before heading to Skiathos Town for cocktails.

Lefkada looks like a tropical island and you would hardly believe that it’s situated in the Ionian Sea and connected to the Greek mainland by a causeway. Famous for its sandy beaches and stunning turquoise waters you will want to spend all day swimming. Despite being so close to the mainland it remains largely untouched by tourists and you can find timeless villages, olive groves and rocky cliffs. This breezy island attracts windsurfers from all over the world.

The island of Rhodes is one of the top travel destinations in Greece. It’s best known for its ancient ruins, beach resorts and remnants of the occupation of the Knights of St. John during the crusades. Here you will find well-preserved medieval castles, Acropolis ruins second only to the one in Athens, watersports and scuba diving. There’s something for everyone!

Fans of Mamma Mia may recognise Skopelos as the location in which the 2008 Hollywood musical was filmed. You too can be a dancing queen on one of its many beaches or find your own secret cove nestled among the trees. Visit the iconic church in which the wedding was held and fall in love with the island’s beautiful towns just like Donna. No matter if you’re a fan or not, Skopelos is well worth a visit.

Have you been to Greece? Tell us about it in the comments!

10 Little Things You Can Do To Get Over Your Ex