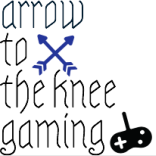 Though a big night out can be fun, sometimes we just want to get our comfy PJs on, snuggle up in some blankets and watch our favourite girly movies again, right? It’s nice to feel like a teenager again occasionally, and treating yourself to a night in with some girly movies is the perfect way to unwind. Sound good? Here’s our list of the top 10 best girly movies to watch on your night in!

This girly classic hit our screens all the way back in ’07, and is still just as entertaining as it was then! Watching this group of girls harkens back to a simpler time of playing with our favourite dolls and dressing them up (even if their shoes never matched their bodies!) The movie deals with all the typical problems a teenage girl faces – high school drama, finding the perfect outfit, dealing with boys and taking over the school.

It was too hard to choose between these two movies, so why not include them both? These movies left us wanting to be informed we were of royal heritage and be whisked off to Genovia! They were a big part of most girls’ childhood, and Anne Hathaway’s makeover moment will always be super iconic! With both movies providing a barrel of laughs, some tears and featuring some of Hollywood’s biggest actors, what’s not to love?

Despite Emma Roberts’ character being a bit of a diva in this movie, we all still thought she was goals AF for sure. After being taken away from her glamorous life and friends in America, Poppy is sent to a strict UK boarding school and taught how to be a “proper lady.” This gem is filled with laughs, teenage self-discovery and really highlights the value of friends and family. One of our tops, for certain and is guaranteed to entertain!

This freaky fan favourite is definitely one of our childhood classics, and has been much-loved by fans since its release all the way back in 2003. Probably because Lindsey Lohan and Jamie-Lee Curtis make the most relatable mother-daughter duo EVER! Their already strained relationship faces the ultimate test when they switch bodies! Lohan’s rebellious teen angst mixed with coming to terms with your new stepdad make for an emotional but entertaining romp.

This is the classic coming-of-age film for British Girls, and made us all fall in love with the gorgeous “sex god” Robbie! The film explores all the aspects of being a young teen, like getting your first boyfriend, experiencing jealousy and falling out with friends. Georgia gets herself into various embarrassing situations and discovers the hassle that teen life can bring. Grab the popcorn and enjoy this fab film (and its amazing soundtrack!)

A heart-warming class we all know and love, The Notebook is a throwback to the ultimate Saturday Night sleepovers. It tells the story of a mill worker Noah (Ryan Gosling) and the town’s richest girl Allie (Rachel McAdams) falling in love over summer, but ultimately being separated by her controlling father. However, when they’re reunited years later, the sparks return with a vengeance. This bittersweet romance will always leave our hearts warm, and is perfect for a cosy night in.

The vampire fantasy we all know and love, Twilight provides something for everyone. Being visually very moody, it totally harkens back to being an angsty teen and relating to Bella on a real level. The film follows Bella on her journey with moving to a school and small town and falling in love with the mysterious Edward – the vampire! This thrilling romance has aged well and will always be entertaining, no matter what the haters say!

This hilarious rom-com will always be one of our favourites, and tells the story of Bridget Jones (Renee Zellweger), who decides it’s time to get her life in order. She struggles with her mum, work, sex, food and trying to find the perfect man. One of the best decisions to make was choosing between Hugh Grant and Colin Firth: the men featured in her dramatic love triangle. Definitely one of the best films if you just want a good laugh.

Coming in at number 2 is arguably one of the most memorable films of all time; Mean Girls, it has provided us with some of the most incredible quotes and memes that are still just as iconic to this day. The film follows Cady Heron as she transitions from being homeschooled by her parents to attending public school, and all the drama that comes with that. She deals with cliques, crazy teachers and tries to fit in with the cool students “the Plastics.” She quickly discovers that friendship is far more important than popularity and this lesson is still just as important today.

Based on the Shakespeare play Taming Of The Shrew, this fabulously ’90s movie is the number one go-to for a night in. It tells the story of sisters Kat and Bianca Stratford and their complicated romances with an adorable Joseph Gordon-Levitt and the devilishly handsome Heath Ledger. With the girls’ father not allowing Bianca to date until older sister Kat does, there’s guaranteed to be problems. With tons of laughs, a great story and brilliant characters, this movie is an absolute MUST for girls night in.

So that was our top 10 list of the best girly movies to watch on your night in, and although there are many more, these are the best for us, and will leave you laughing, crying and wishing you were a teen again (For the most part!)

Do you love any or all of these girly movies as much as we do? Comment below your favourite and any other girly movies you love for a night in!

The Best Outfits Worn By Blair on Gossip Girl

Girly Hacks To Relax After A Long Day

8 Stylish Jumpers To Invest In For Autumn

The 10 Most Anticipated Films Releasing This Year