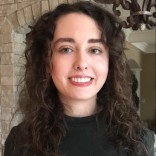 10 Minimalist Tips For Anyone Looking To Simplify Their Life

Barrington is home to many interesting individuals. If you want to visit us, be prepared to run into these twelve types of people!

You’ll see this man at Starbucks, one of the little shops in town, Barnes and Noble, and Francesca’s Restaurant. He knows almost everyone, and a new face is always given a welcoming smile. He’s a member of many circles and has a wide range of friends. The old gentleman remembers when the businesses that line Main Street were private homes and can recall their original owners. He’s a dying breed, but a beloved member of society.

2. The Guy Who Never Left

This person went to Barrington High School, got a part-time job as a teenager, and still holds the same title. They never left the area. They were either exceptional students in High School and burned themselves out or slacked off and floated through school, barely graduating on time. When people come back into town and see this person in Jewel, high as a kite and still dressed like he’s in High School, they feel pity and a pinch of selfish relief that they are not this person.

Male or female, this Barringtonite lives in the wealthy part of town with his or her nuclear family. They spend their weekdays downtown Chicago working in the corporate office of a well-known company and their weekends are spent hosting or attending dinner parties. Well respected among members of their class and an active member of society life, they are often major donors for an impressive sounding charity organization, or at least, their spouse is. Which brings me to…

A wife and mother, the social wife always seem to be busy. She has a maid but insists she does everything around the house. They’re the spouse of the wealthy executive and have long since stopped working to take care of the children. They spend most of their time doing their hobby of choice and going to charity events to keep up appearances. They fake friendships to fellow wives and are notorious gossipers. You’ll only find them at invitation-only parties and their conversation topics range from their uninformed opinion on political issues to their children and maid recommendations. Their children are either mini socialite versions of themselves or have completely abandoned the establishment.

This person was a popular girl or guy in high school. Their friends are as frivolous as themselves and they thrive amid wealth and influence. They are disillusioned when they reach the real world because they have been trained to believe that daddy’s money made them important. Most often a girl, they don’t know how to leave the protective circle of wealth, and anyway, why would they want to? Their the done makeup gets them a boyfriend but can’t disguise their lack of personality.

A teenager or young adult who grew up in an upper middle class or wealthy household and rejected their class as soon as they were old enough to understand the hypocrisy of upper-class relationships. This person refused to develop two faces and chose friends outside the affluent families.

The nomad can come from any income bracket. They grew up in Barrington and are usually well-liked in the community. You hardly ever see them because they’re constantly out of town on their latest adventure. When you do see them it’s like spotting Big Foot or Santa Claus because being in town at the same time as they are is a rare occasion.

Which Girl Boss Are You Based On Your Zodiac Sign?

This guy is the slightly creepy weird dude who was emo in high school and still hasn’t stopped worshipping Satan. He walks around town with a lighter in hand and flicks it on and off with an odd smile on his face. If you see him, better be safe and use the nearest crosswalk. Rumor has it he set his parent’s basement on fire.

Whether it’s painting, photography, or film, this person uses the natural beauty of Barrington as their inspiration.  They’re slightly eccentric but in a good way. Charismatic when they need to be and weird amongst friends. He or she is a great person to have around. The Barrington artist is part of what makes my town distinguishable from others.

An individual of any age or gender. Usually, they’ve been riding since childhood and their life revolves around horses. If you’re someone who doesn’t know much about horses, avoid conversing with them because they know only one topic and you can guess what it is. They are either snobbish or super caring and friendly; there’s not a whole lot in between. This group makes up a large part of the Barrington population.

This person is often a guy who lives on a large property. He owns a rooster who takes pride in waking the neighbors every morning, a few horses, and a tractor. He seems out of place amongst the high-value properties around him, but the community largely accepts him.

A restless teen who hates the smallness of their world. They don’t realize that no one cares how much they hate “Borrington” and they always talk about moving away and never coming back. No one likes this person.

Are you from Barrington? Do any of these 12 types of people sound familiar? Let us know in the comments section!

Being Ghosted By Your Ex Sucks, But Here’s How To Get Over It

10 Minimalist Tips For Anyone Looking To Simplify Their Life

Best Photo Locations at the University of Illinois

Travel Destination Ideas To Add To Your Bucket List Now