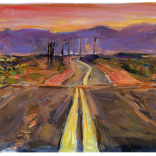 Cardio Workout Ideas You Can Easily Do At Home

Impractical Jokers—TruTV’s hilarious, yet, oftentimes, cringy hidden camera prank show starring four middle-aged men, who just so happen to be childhood best friends; Q, Murr, Joe, and Sal, while all wildly immature, the four jokers manage to grow on viewers—the fan base invited in like a fifth best friend. So, just who are the funniest jokers? Allow us to rank them from weakest to strongest!

Murr—the bald-headed joker who can always be counted on to creep us all out week after week. From the time the guys made him join a professional male strip show in Las Vegas, all while embarrassingly sporting his freshly histamine injected body, to the time when he had to shave off all of the hair on his entire body and take a haunting driver’s license photo—he is without a doubt sure to make us laugh, but it’s oftentimes, at him, as opposed to with. Murr’s most iconic moment within the show is when he was surprised by the other three jokers with his punishment of having to go skydiving. While any of the other jokers may have initially been fearful—but would have eventually taken it in stride—Murr did none of the above. He had a complete freak-out moment, where he threatened to leave the show, and even locked himself in a bathroom for two hours, sending goodbye texts to all of his family and “other” friends. While the initial episode had most of Murr’s horror edited out, they could not edit out the best part, when Murr eventually agrees and stands at the planes edge, face whipped by the strong winds, tears flowing. The jump is everything you could have ever wanted—a sobbing, high-pitched screaming Murr, falling from the sky like a ferret with a parachute. While his definite shining moment, it presents as a perfect example of how Murr is always stronger at being the butt of the joke.

Brian Quinn, while technically the “second-funniest” of the impractical jokers, typically gives off the impression of seeming like a homeless guy just trying to bug everyone. Nevertheless, Q is a strong joker in the fact that he can play the cringy role of a jerk with expertise. One of my favorite Impractical Jokers moments with Q, is when he has to pose as a women’s’ rights blogger at a feminist event. While on stage with his “fellow advocates”, he must proceed to make wildly misogynistic statements, much to the displeasure of every woman on the stage, as well as in the audience. Q sits red-faced and mortified while repeating the awful comments relayed to him by the jokers in his ear—with all eyes in the room on him, he resorts to halfhearted shrugs and his famous smirk to get him through the humiliating punishment. However, Q is not always making us laugh by just playing the role of the jerk. Another one of my favorite Q moments is when he must face his biggest fear, and have spiders dumped across his entire body—while in the dark. With his legs and arms tightly shackled down, this is a hard episode to watch, especially if you happen to have a slight case of arachnophobia. Q squirms, red-faced and sweating, and proceeds to repeatedly call out the imaginary safe-word—pumpernickel—to no avail, as the spiders keep coming and Q’s horror grows.

Sal, a personal favorite of mine, never fails to make me giggle like a maniac. Sal has a unique charm to him that the other three jokers acknowledge, but lack. He is a master in persuasion and can usually talk anyone into anything, but what makes Sal one of the funniest impractical jokers is his charismatic awkwardness and natural hilarity. Sal is easily humored, and as you become more involved as a viewer, the urge to laugh along with him becomes almost instinctual. The classic moments in which Sal must maintain a strong face while fighting back bouts of laughter, tears streaming down his solemn face, are always instant favorites. Sal also has his trademark quirks that make him—if you can believe it—even more endearing and ridiculous to the audiences at home. He is known to be a very serious germaphobe, which the other jokers use devilishly to their advantage time and time again—like when they harshly hid his keys inside a giant pile of elephant feces and made him search for them with his bare hands, or the time they made him swim in the good old Hudson River.  Another one of Sal’s abnormal quirks is his unjustified fear of cats—which he has been punished with enough times, in my opinion. With classic one-liners like “Cranjis McBasketball” or favorites like the time he reclined one of his poor dental patients chair all the way back until they clung on for safety—he manages to effortlessly create instantly iconic quotes and moments, episode after episode.

Impractical Jokers reigning champion, Joe Gatto, comes in at first for funniest of the funniest. I think it is safe to assume that Joe is the universal favorite among Impractical Jokers viewers everywhere. There is something about him—like Sal—that makes him just so appealing to people. Whether at focus groups, or posing as a shopper at a grocery store, he is always managing to get smiles and laughs out of people, even if they secretly think the guy is a total creep. However, the greatest trait that Joe possesses that each one of the other jokers lack, is his absolute fearlessness in doing anything asked of him. Seriously, when you watch the show there is very little that Joe won’t do. Seemingly immune to embarrassment, Joe is always putting himself out on the line, whether it be while squeezing his large and “grossly-overweight” body into a tiny blue bikini to wash random peoples cars, or posing as a waiter at a restaurant and then proceeding to throw his entire body on the customers dinner table to see if it will break. Joe is no stranger to iconic moments either, inventor of the classic “Larry!” he probably hears no shortage of fans screaming it out at him while out in the world. Joe is the king of the focus group challenges, weaseling his way through wildly embarrassing slides with ease. Overall, Impractical Jokers would not be Impractical Jokers without its king, Joe Gatto.

There you have it, the Impractical Jokers, best of the best, all ranked and ordered. Let us know some of your favorite joker challenges or moments!

Cardio Workout Ideas You Can Easily Do At Home