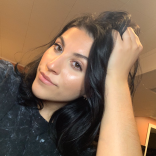 Undergraduate student currently pursuing a degree in English/Creative Writing with…

Tips And Tricks For Anyone Intimidated By The Gym

These are the 12 trendy nail designs that are going to be seen everywhere! These designs are sure to make you feel the absolute cutest, and you’re bound to get a bunch of questions about them. These are some nail designs that will have you feeling and looking your best. When it comes to nails, every girl wants to express herself through them. They act as an accessory, as a representation of who you are.

This has been all the rage lately. Taking a classic French manicure and bringing a little twist to it. It’s been seen on the runway and every girl is now rocking this style! Instead of the French white at the top being curved with your nail shape, this French manicure has the white part concave inward. It gives it a more modern feel to it.

Ombre Nails have been seen almost everywhere with it gaining more and more popularity. It’s classic gradient effect looks so aesthetically pleasing whether it’s on gel nails, or on stilettos. It’s a look that doesn’t seem to go out of style. Whether you stick to a simple pink and white ombre, or you decide to take some neon colors and express yourself, the diffusion of the two colors leavings a very clean sophisticated look.

This nail design takes inspiration from Picasso’s abstract art. It takes one hell of a good nail artist to be able to replicate designs like this, but it’s worth the time spent in that chair because these nails grab everyone’s attention. Your hand is going to look like it belongs in a museum. You can chose to do any abstract art you desire, it doesn’t just have to be faces. It can range from flowers and scenery to people like in the nails below

These nail designs sometimes gain popularity after a celebrity is seen wearing them. That was exactly the case with these watercolor tie dye nails. Kyle Jenner posted a picture rocking this look, and more and more people are knowing beginning to rock it as well. These tie dye nails don’t have to be done only with neon colors, however. If you want to get into the winter/fall seasonal theme, you can do it with darker colors or get into more a rustic vibe with some burnt oranges and reds.

Another look inspired by Kylie Jenner, the addition of encapsulated stars within acrylic nails seems have taken with younger girls. It promotes a youthful yet fun aesthetic, and is seen as self-expression through nails . For a more fall/winter look, instead of having neon stars, you can just place white stars and it would have the same youthful effect.

It’s no surprise animal print nails are in, when animal print has been seen in every aspect of fashion this year. We have animal prints ranging from shoes, to jeans, all the way to scrunchies. Animal prints have been in for a while and they don’t seem to be going anywhere, anytime soon. No one’s complaining though because it’s such a cute way to spice up an outfit, or in general make a statement.

Chromatic nails are one of those nail designs that live past the summer. Everyone aspires to match their nails up with the seasons, but sometimes you just have to break the rules a little, and that’s when chromatic nails come out to play. It gives off a very grunge hipster vibe that I can see paired up perfectly with a leather jacket on a night out.

If maybe full out Picasso is too much for you, then these adorable watercolor paint strokes are bound to catch your eye. If you’re an artsy creative person, these nails would be perfect at accurately capturing your personality. With a variety of colors to choose from to make the paint strokes in, you could make this look a very simple one with some nudes, or go full out with some vivid neon. Whatever you decide to do, the avant grande aspect to it will remain and intrigue others.

8 Essentials To Get A Salon Pedicure At Home

Crystal studded nails gained a big following from Cardi B who used her nails to express herself. She has these flamboyant extra nails with a bunch of studded gems and it inspired a lot of girls to start asking for that. In a way these nails are almost empowering. You make a big statement when you walk around with nails like this.

Like the New French Mani, the Reverse French Mani is for those girls who like to take the rules and break them. It’s a way to let people know you’re not conventional, and you’re not afraid to make a statement either. This can still be extremely classic at the same time however, still keeping that very graceful feel to it.

Reverse Glitter Ombre nails incorporate a bunch of nail designs into one without making it look overwhelming. This look can be taken into any direction you want, with whatever colors, however it always ends up looking very feminine and pretty. The glitter’s iridescence ends up reflecting light which give it’s such a pretty crystalizing effect. It can be worn for any special occasion whether it may a wedding, or birthday party to add a little more extravagance to the occasion.

Let us know in the comments below which nail designs you’re going to try out this year! 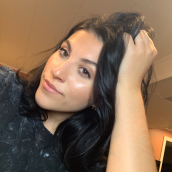 Undergraduate student currently pursuing a degree in English/Creative Writing with a minor in journalism! Living life one day at a time as the universe allows it!

Tips And Tricks For Anyone Intimidated By The Gym

Eye Lash Lift VS. Eye Lash Extensions: Pros And Cons Of Each

7 Non-Makeup Looks For Every Single Day In Quarantine

Eye Shadow Trends You Have To Try This Summer