After spending many months growing your facial hair, it is now time to think about beard grooming. Sure, you could let it grow out more before cutting it down a bit, but you’re anxious to make it look nice immediately. Right now, it just looks overgrown and, frankly, a little ugly. So, resolving to groom your beard, you start to think about what supplies you’ll need. Since you’ve never done any beard grooming before, you’re not sure how to go about doing it. That’s not too much of a problem, though, since you can simply look online and have other people do the research for you.

Tug on your ear

If you’re new to beard grooming, then you may not know that there is hair right around your ear that can be a little hard to get to. This is an easy fix, however. All you have to do is pull down on your earlobe to access it. You’re a little skeptical of this tip, since it seems more like a joke than actual advice, but you try it anyway. Holding a razor in one hand, you reach up and grasp your earlobe in the other hand. You immediately see the hair which the article mentioned, but you’re still not sure what you should keep and what you need to get rid of to make your beard look nice.

You begin beard grooming by using a simple electric razor with differently sized plastic bits, but you realize pretty quickly that it isn’t helping you much. You wonder if you should just use scissors, but that doesn’t seem like a safe thing to do, especially when you don’t have much experience using them. Asking your friend Jerry – who has a magnificent beard – for advice, you begin to use a standard beard grooming comb. It’s a little smaller than the average comb, but you find that it works extremely well.

Keep your face shape in mind

If you’re going to start getting into beard grooming, then you’re going to want to keep your face shape in mind. A square beard on a round face is just not going to look right. Jerry tells you that your face is square-shaped, so a short beard would look better than a longer one. The problem with this is that you’re not very confident that you can trim your beard to perfectly match with your face. To solve this, Jerry states that he would be honored to watch your attempts at beard grooming while offering his advice.

Trim your beard every month

Jerry, seated in a comfortable chair that he dragged into the bathroom, offers you constant advice and tips for beard grooming. One tip that he always comes back to is to trim your beard every month. He says that a beard can get out of hand more quickly than you might think, so it’s important to maintain constant vigilance and always be ready to cut it back into shape. For the first couple months, Jerry is always present while you groom your beard. He always nods as you trim the parts of your beard that are even a little out of line with the others.

Line up your beard

Like keeping your face shape in mind while beard grooming, you’re going to want to line up your beard to the shape of your face. The beard should be lined up perfectly to every part of your head. You’re not really sure if you know what is meant by this, so you assume that they mean that you should keep the curvature of your face in mind while beard grooming. Sounds easy enough but, when you don’t have much experience in trimming your beard, it can get disastrous quickly. Thankfully, Jerry is there to guide you.

Use oils and moisturizers

You’ve never before considered putting any type of oil or moisturizer in your beard. You always thought that the only thing a beard needed was a good trim. It is becoming apparent that there is much more to proper beard grooming than you originally thought. While at the store, you look around for a bit and eventually find a good beard oil that catches your eye. When you get home, you first trim your beard a little, and then dump a good amount of oil into your hands. After rubbing it in a little, you begin to work in into your beard. The beard seems a bit wet after this (it’s dripping a little), but it looks shiny, so you assume you did it right.

Around the base of the neckline is where you should devote some of your attention while beard grooming. Do you want your beard to look like it gets thicker the closer it gets to your neck, or do you want the opposite? This is an important question that will determine how well you beard looks. You can accomplish this by using different settings on your razor, although you’ll need to buy an appropriate one first, since yours doesn’t really do the trick. While at the store, you run into Jerry, who loans you one of his, saving you $50.

15 Things To Give To A Man For His Wardrobe

As well as neck hair

You already don’t like the way your neck hair looks, so it’s nice to know that you can do away with it. There aren’t really any situations where it’ll look good on someone, since it’s usually long and doesn’t add anything to your beard. Thankfully, it’s really easy to get rid of, but you’re going to want to do it before you begin beard grooming, since it’ll just distract and confuse you. Staring intently at the mirror, you tilt your face upwards and scrape away all the neck hair. You’re a little surprised at how much there was. It’s easy to forget it’s there until you’re finished with everything else.

Mustaches should be treated a little differently than the beard

This is pretty obvious, but should be stated for the few who might not know. The mustache behaves a bit differently from the hair covering your cheeks and chin. With those two you have a bigger area to work in, but that’s not the case with your mustache. Oftentimes those hairs are a little bit thicker than your other facial hair, so it’s important to trim them more frequently when beard grooming. To do this effectively, you’ll need to cut them down a bit more than your cheek or chin hair so it’s not as pronounced. 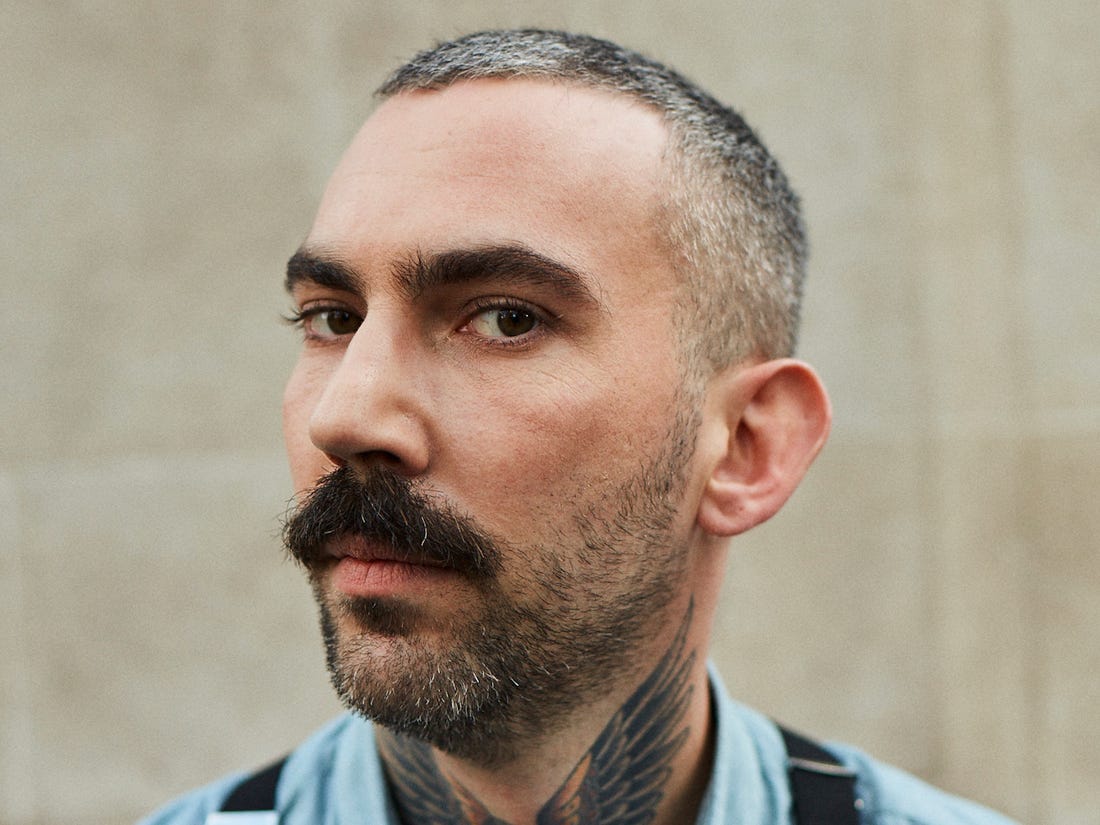 The last, but still very important, step in beard grooming is to wash it. The first few times, you wash your beard with the same bottle of shampoo that you use for your head. After this comes up in a conversation with Jerry, he is quick to dissuade you from doing this. It can be easy to think that, since the beard is on the head, that you treat it the same way you wash your other head hair. However, that isn’t the case. Use body wash to properly care for your beard. This way, it’ll look as healthy as possible.

Did these tips help you while grooming your own beard? Do you have any tips you’d like to share? Let me know in the comments below!

10 Reasons Why You Need To Get A Pedicure Today

10 Beard Oils You Can Get Him As A Gift

Grow A Beard With These 5 Different Tips

How To Avoid Armpit Stains This Summer

As A Guy I Straighten My Hair And You Can Too