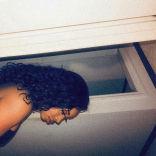 We all know those specific Tik Tok songs that are incredibly catchy. Well, this article will list all of them! Here are the most popular and current Tik Tok songs out!

Doja Cat has swept into the music scene and is absolutely killing, to say the least! Doja Cat is a 24-year-old artist who does everything from rapping to songwriting! She is the definition of an authentic, fun, and glamourous female artist. She works hard to perfect anything and everything she puts out. And this hard work is clearly seen within her projects. Her most popular songs are “Moo”, “Juicy”, and “Say So”.

Her most recent song, “Say So,” found its way on Tik Tok and blew up! It most certainly is a great song to dance and lip-sync to. There is no doubt that Doja Cat made a hit with such a creative and hip song!

You can find this catchy song on all music platforms!

Dua Lipa is another artist who has taken the music scene by storm! Dua Lipa is also a 24-year-old female singer who is full of talent. She is an English artist who stepped out onto the music scene in 2015. She reached the to of the UK charts early on in her career. She is undeniably talented and genuine in all. There is no one out that is similar to who she is and has become over the years.

Dua Lipa’s current song released, “Don’t Start Now,” has made its way into the hearts of people all around the world. Her unique vocals, words, and beats have changed the music game and Tik Tok. Her projects genuinely deserve to be recognized on and off of media platforms.

Roddy Rich is a 21-year-old rapper and singer who has recently solidified his place in the music world. He found his love for rapping at the age of 8, and it shows in his art today. Roddy Rich released his album “Please Excuse Me for Being Antisocial” in 2019, which included a song called “The Box”. This song became a radio hit and Tik Tok sensation.

“The Box” has become widely known by the youth of all races, ages, and backgrounds. It is such an upbeat and catchy song. This is why it is loved by many.

Roddy Riches’s song “The Box” can be found on all music platforms!

Justin Bieber has been a huge part of music for years now. Justin Bieber was born and raised in Canada and found his way to America when Scooter Braun discovered his talent. At the age of 13, Justin Bieber made a hit song “One Time” and soared from there. He recently put out his 2020 album “Changes” that was made entirely from his heart. Within this album, he released a song called “Intentions” that featured Quavo. This song had everyone in love with it the minute they heard it.

Tik Tok took this song and made it one of the top songs on the app for a good reason. It is a fun and overall enjoyable song!

In 2018 Quavo released a song featuring Drake called “Flip The Switch”. Two years later, Tik Tok users found a way to turn this song into a fun and out the box Tik Tok challenge. Now, everyone is trying it out. Old, young, and everyone else in between! It’s a hit!

Quavo Huncho’s song “Flip The Switch” can be found on all music platforms!

Dance Monkey x Tones and I

Toni Watson is commonly known as Tones, and I is an Australian Indie Pop Star. Tones and I is a singer-songwriter rising star into stardom. Her second single released in 2019 was “Dance Monkey” and it took the world by surprise. This song touched number 1 in 30 countries! We can all see why! “Dance Monkey” became a fan favorite throughout social media, especially Tik Tok. Tik Tok users have found this song to be entertaining and lively! Therefore, they have covered the app with the song!

Tones and I are still trying to find her place in the music scene. Yet, her voice and uniqueness will absolutely move her forward and higher into the music industry. Tones and I’s talent is undeniable and extraordinary!

Powfu is an upcoming Canadian rapper. In 2020 he released a song called “Death Bed” later revised as “Death Bed (Coffee for Your Head)”. This song was initially released through Soundcloud after delaying the release of the song for about a year. Because he used a sample of another artist’s song in his track, he was scared that he would get in trouble for using it. However, he chose to release it any way that following week. Later the song went viral on the Tik Tok app for its serene vibes and catchy lyrics.

Powfu has shown his presence on the music scene, and we will all certainly see more great projects from here on. His individual sound and creativity is needed and will be appreciated in the music industry today.

Find Powfu’s “Death Bed (Coffee for Your Head)” on all music platforms!

Add these unforgettable Tik Tok songs to your playlist. Comment below which song(s) is your favorite!