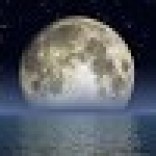 Best Pizza Places in the PNW

Dating app notifications makes you go through a roller coaster of emotions. There are dating apps tailored to anyone and any interest now but the experiences are the same on every single one. When you get a notification on your phone from your dating app, you will experience all kinds of emotions. No matter if you’re on Tinder or OkCupid, everyone has similar experiences about the excitement of potentially meeting The One and the struggles of not meeting The One yet. Here are 10 thoughts everyone has when they get dating app notifications:

Maybe he was the conversation starter or you took the initiative and messaged him first, but either way, he’s just responded. There’s always butterflies when you talk to someone for the first time. So when you get a notification that he’s just replied, you might not know what he has said yet or how this conversation will go but there’s some potential here and it’s exciting!

Whether he just sent a super cheesy pick-up line or a really sweet compliment, everyone has been shocked by the messages they’ve received.  “Hey, did it hurt when you fell from heaven?” is an oldie but not a goodie. Overused, those old pick-up lines don’t give you much to work with as you try to come up with a reply. But when he gives you a sincere compliment, that initial shock turns to joy. It makes you want to call up your friends to share how great the new guy you’re talking to is.

Unsolicited pictures happen when that new match isn’t looking for a relationship or even a conversation. When that first message is just a photo, you don’t know if you really want to open the app to check what it is. And when you open the app to see picture that he’s sent, you might want to cringe, laugh, or just erase your entire conversation and unmatch him.

If you haven’t been on the dating scene for a while, your app might sends you reminders that there are new people you could being connect with. But after getting a few bad apples, you might just look at those reminders and decide to pass for the day. It’s nice to take a break trying to find Mr. Right and just enjoy being single and reminding yourself why someone would be incredibly lucky to be dating you.

You guys have been talking for a while. He seems to really get you and you’re really into him. With every new message, you two just seem to connect even more. This one might be the one you ask out to a face-to-face date and who knows where it might go. But it has all the potential of being really good.

He has just been really sweet or really rude and you’re drawing a blank as you try to come up with a good response to his message. Good comeback requires some thought and you want to hit him back with the perfect one. Trying to balance the right amount of sass so you can either encourage more flirting or drive the man away.

You’ve been going back and forth for a while but your conversation is all filler. Another notification means he’s replied but you know it’s just another question about how your day is going or more one worded responses. Despite all your efforts to get a real conversation going, he hasn’t given you much to work with. Now the conversation is dull and you’re trying to find a polite way to say you’re not interested.

6 Ways To Spice Up A Dinner And A Movie

He might be coming on too strong and quick or he is too sweet for words and you’re ready for some back-up as you tackle his messages. So when that new notification comes in, you’re calling up your girls for support on what you should say or do. Whether they are giving you some much needed advice about how to respond him or squealing over how cute your new man is, it’s nice to know your friends have your back as you try to figure out your love life.

After you’ve talked to a few guys and figure out what your personal turn-offs are, you notice quickly  when someone isn’t your type. He might be too pushy or aggressive. The conversation isn’t going anywhere. But you know that you realize early on that this relationship isn’t going to work out and it’s time to move on. Your energy is better spent somewhere else than trying to create chemistry where there isn’t any.

10. This is why I should just stay single.

Sometimes, someone can just say the wrong things. They might even be rude to you while trying to win you over at the same time. At this point, you are just glad you’re single and not together with the man who is coming onto you so hard and so disrespectfully. You might even contemplate giving up on relationships in general and just stay single for a while. After all, you’re pretty awesome on your alone.

What thoughts do you have when you get dating app notifications? Tell us in the comments what experiences you’ve had.

Best Pizza Places in the PNW