Ah, Windham.  The perfect middle ground between South and Central (its official designation actually switches between the two), The Windy City scored the top spot on our breakdown of the best dorms on campus for its prime location at the top corner of Temple Green, as well as its seamless blend of all the benefits of South and Central life.  Just behind the library, next door neighbor to Conn’s prettiest academic building, and the closest house to the Arbo, Windham dwellers are some of the luckiest students on campus.  Read on for 5 things you’ll only get if you’ve been to one of them.

1. The basement is the place to be.

Housing can keep their 50-point lotto number deduction for Windham basement dwellers. Home to the common room – and not to mention the front door – Windham is one of those architecturally blessed buildings whose “basement” is really more of a first floor. Unfortunately, this floor holds only doubles and triples, so you won’t find any upperclassmen in this secret basement paradise. With the exception of the floor governor, Windham basement is home to only a few of the luckiest first-years.

2. One of the best rooms at Conn is a triple.

In case you need more convincing, Windham basement also houses the famous 007.  Even if you’re not a James Bond fan, this room is pretty sweet.  A corner triple, 007 is not only spacious, but also includes a private door that leads directly outside, making it ideal for parties, pregames, and of course move in day.  Whether or not you lived in 007, almost everyone has some first-year memories of one of Conn’s best rooms.

3. The bathroom inspired the set for the original Saw.

Okay, so as far as we know, that isn’t true, but Windham basement does have its drawbacks – one of them being its bathroom.  Between dim, almost eerie lighting, a pervasive air of general filth that sticks around even after the custodians have just cleaned, and an unfortunate shower door shattering incident towards the end of last semester, the basement bathroom can be a little unnerving, and the laundry room doesn’t fare much better.  Luckily, bathrooms that are much less suited to horror movie sets are just a quick trip up the stairs.

4. Conn actually has a chapel.

Sure, we all know Harkness Chapel exists, but let’s face it, generally speaking, we Camels put just about everything before godliness. With the exception of a few a cappella concerts, chances are you stop by the chapel seldom enough to genuinely forget it exists. Living in Windham doesn’t mean we drop in for weekly mass any more often than your average Conn student, but being right next to the chapel does make it harder to forget, especially with the every hour on-the-hour bell chimes ringing just next door.

5 Men Accessories That Are A Must Have

5. You can get anywhere on campus within 5 minutes.

Generally, its said you can get from any two points on the main campus within ten minutes – the gym, Ridges, and and Winches are an obvious exception. However, when Windham is your starting point, this travel time is cut in half due to Windham’s flawless location.  When you live in Windham, you can just as easily get up to Harris for dinner, or down to Freeman – although that’s usually a pretty easy choice.

Windham may be one of the first dorms to fill up during room selection, but its not perfect.  Like any dorm at Conn, Windham is full of quirks, some good, some bad, but all loveable. 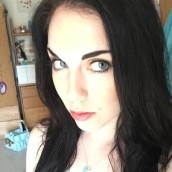 A Camel’s Guide To Eating At Connecticut College