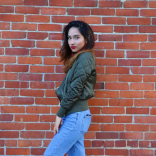 OUAB stands for The Ohio Union Activities Board, and they often provide many events on campus that are free to attend. They’ll offer events such as a screening of a new movie, fitness classes, workshops, karaoke nights and more. If you’re lucky, you might even get to see your favorite celebrity giving a talk! So, if you’re bored and come across an OUAB event, I would definitely recommend attending at least one of them!

If you haven’t already, I truly suggest that you go to the big spring or welcome week concert. It happens yearly and the concerts are FREE! On top of that, we get some pretty famous singers performing, so don’t miss out on this! Over the years, we’ve had Kesha, Young The Giant, Aminé, Zedd, Rae Sremmurd and more! You’ll get to rock out to your favorite singers and have a good time dancing with your friends.

3. Going To A Football Game

As you already know, Ohio State University is known for their amazing football team. If you’re a sports lover and enjoy watching them, you absolutely HAVE TO attend the games. If you’re not that really into sports, I suggest to still go because it’ll be a great experience for you. Plus, you won’t have people judging you for being a buckeye and not attending a single game.

4. Working Out At The RPAC

I, personally, think that the RPAC is one of the coolest buildings on campus. Working out at the RPAC is a MUST because they have some cool equipments for your gym routine and there’s more than enough, so you don’t have to waste your time waiting to use them. It’s always hard allocating time to go to the gym, but they’re already included in your fees, so you wouldn’t want to waste your money.

Don’t have a gym routine? That’s okay! The RPAC also has a ton of fitness class for you to participate. Bring a friend so that the both of you can enjoy! Plus, once you’re done working out, you can easily get food or a healthy smoothie from Courtside Café and Juice 2.

As I’ve said before, Ohio State University is an extremely large school, in fact, it’s ranked as the third largest in the country! With that being said, another thing to do if you’re bored is to take a long walk and explore the campus as much as you can to get a feel of which building is where and what else they have! It will be a lot to accomplish in one day, so if you’re tired, you can always continue the next day.

6. Eating In The Dinning Halls

If you don’t have a meal plan, then you probably won’t be eating on campus as much or at all. However, eating in the Traditions dining halls on campus is a necessity, Scott’s, in particular.  Scott Traditions is located on North campus and it’s the biggest dinning hall on campus. With a huge variety of foods and the many stations, you wouldn’t want to miss out on this.

If you live on South campus, then, Kennedy will probably be a better choice since it’s a shorter walk. The third one is Morrill, which is located in Morrill Tower, so it’s convenient if you’re living there!

Finally, let’s talk about libraries, specifically Thompson Library. Studying at Thompson might seem like a weird thing to regret doing but trust me, it’s cooler than you think. I would say that this is the nicest library I’ve ever seen. With a beautifully designed interior and many seating areas, Thompson Library is great when you want to find a quiet place to chill or study!

5 Sex Tips For Everyone Having Sex in College