Russia is one of the most underrated travel locations for Americans. Due to biases left over from the Cold War, many Americans are apprehensive about travelling to a country they think of as hostile, cold, and scary. Russia is actually really wonderful, full of fascinating history, beautiful culture, and great people. Before you go–and I highly recommend you do!–here are ten things you need to know.

Travelling to Russia takes more planning and preparation than your typical beach vacation, but I promise you, it’s worth it. In addition to a valid passport, you’re going to need a travel visa. I highly suggest applying for this visa 6-9 months in advance just to be safe. This article explains how to acquire a visa easily and inexpensively.

While you’re in Russia, you’ll need to have your passport and visa on your person at all times. Store your papers someplace safe and secure, such as the inner pocket of your backpack.

I also recommend exchanging around $50 for rubles at an American bank before you go and exchanging the rest once you get to Russia. If you’re there for a longer trip, I would recommend exchanging half your cash once you get there, and waiting to exchange the rest until you run low on rubles. You’ll be surprised at how far your money goes in Russia–food and souvenirs are cheap, as are tickets to public attractions (especially if you get student discount and/or pass as a Russian citizen). The most expensive part of travelling to Russia is the plane tickets to get there.

2. Don’t Expect Everyone To Speak English

Yes, it’s true if you stay in the tourist trap areas, many of the shop keepers and museum attendants may speak English well. But less than 5 percent of Russians speak English fluently and most of those live in St. Petersburg and Moscow. The everyday passerby most likely won’t speak much English at all. (If you know any German, you might have luck using that with the older crowd.)
Therefore! Pick up a few key phrases, questions, and pleasantries, if not more, before you go. Above all else, learn the Russian alphabet. Being able to read Cyrillic will be incredibly helpful as you’ll be able to read street signs and store advertisements which often contain words you’ll recognize once you know how the letters sound.
Don’t worry! The Russian alphabet isn’t all that hard to learn. You can knock it out in a few days if you put your mind to it. The Russian language is hard to master but the alphabet and its supposed difficulty is just a red herring. 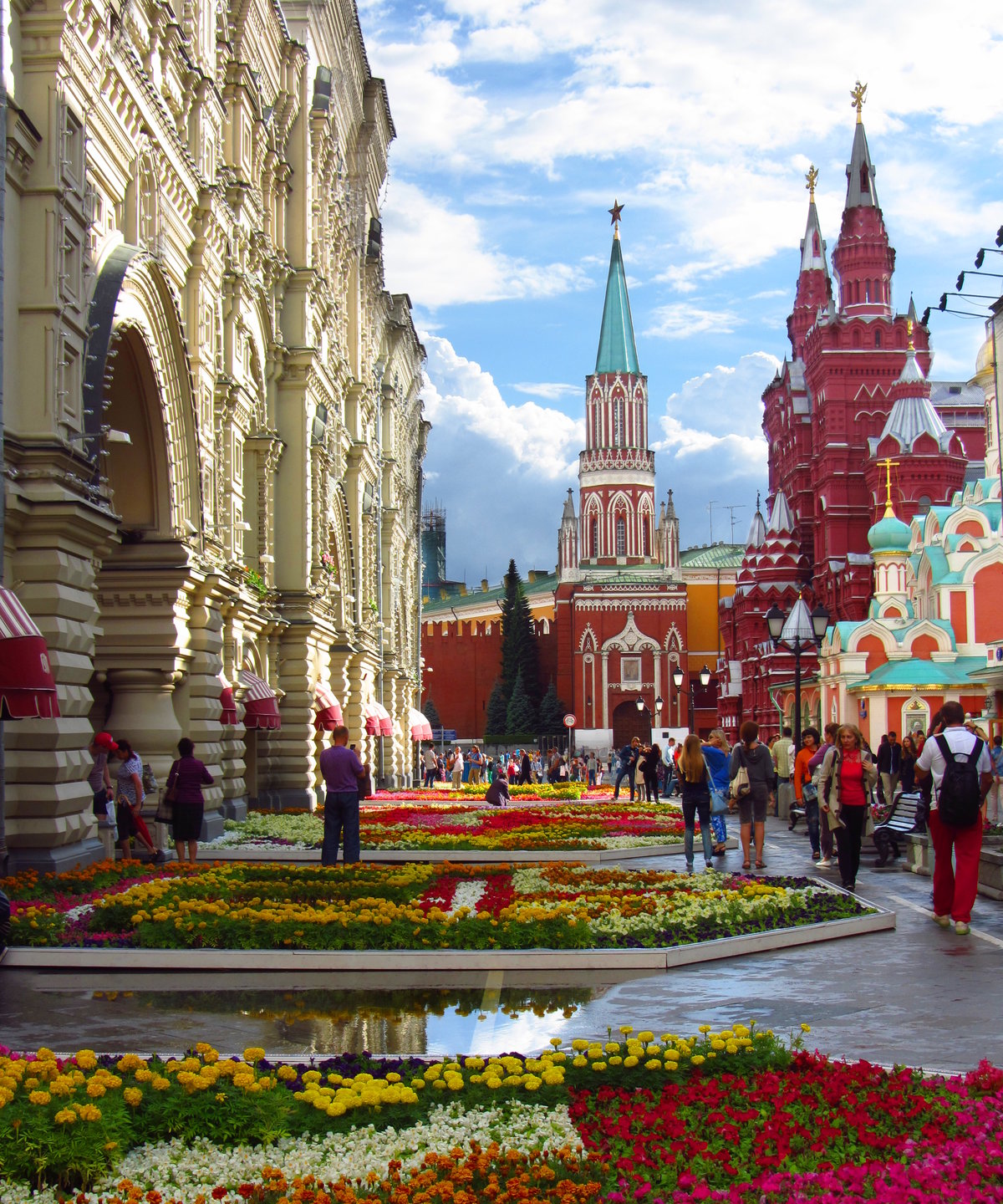 3. Food Is Different, But Good

I know what you’re thinking: Russia isn’t known for its food. Dishes like “fish in a fur coat” are so different from what we eat in the U.S. that Americans are often apprehensive about trying traditional foods. But trust me: if you try it and try it enough you’ll see what dishes are good and which ones are great. A year later, I’m still talking about and craving my favorite Russian foods. I would kill for some blini, olivier, piroshki, kvas, or heck, even kasha. If someone were to offer me some pishki, I think I would cry.
Russian food is very hearty with lots of potatoes, red meat, cream, and fish. Russian people tend to drink a lot of tea, and Russian tea is very good. You should definitely try some chocolate while you’re there; Russian chocolate and sweets in general are amazing.
I highly recommend trying small cafes, bistros, and hole-in-the-wall restaurants around whatever city you’re staying in. Food and drink are really cheap in Russia, so there’s no reason not to try anything that catches your eye, even if it’s unfamiliar! Be brave, dear traveller!

DO NOT drink unfiltered tap water! It’s fine to use to brush your teeth or if you get a little in your mouth and swallow you’ll be fine. But do not drink the tap water in large amounts, it’s very possible you’ll get sick.
As for alcohol, drinking culture in Russia is really great. Alcohol is cheaper than it is in the U.S., and even a mid-grade vodka in Russia will be smoother than anything you’ve ever had back home. However, like any country, there are tourist traps, too. Don’t assume you’re invincible just because you’re a tourist. Be careful when/if you’re drunk, especially outside the inner cities of Moscow and St. Petersburg. Someone or a group might try to take advantage of you as a foreigner and walk away with your wallet.

Make sure to have some rubles with you at all times, as you may have to pay to use the restroom in places like public parks.

Also be sure to check the inside of the stall for signs about what you should do with your toilet paper. In many places, the plumbing is very old, and clogs very easily, so you may be directed to dispose of your toilet paper in a trash can provided in the stall. Although many of these signs are written in Russian, English, and Chinese, you may want to learn the relevant vocabulary just in case. It might sound weird and gross, but no one wants to be the tourist who overflowed a toilet in public. 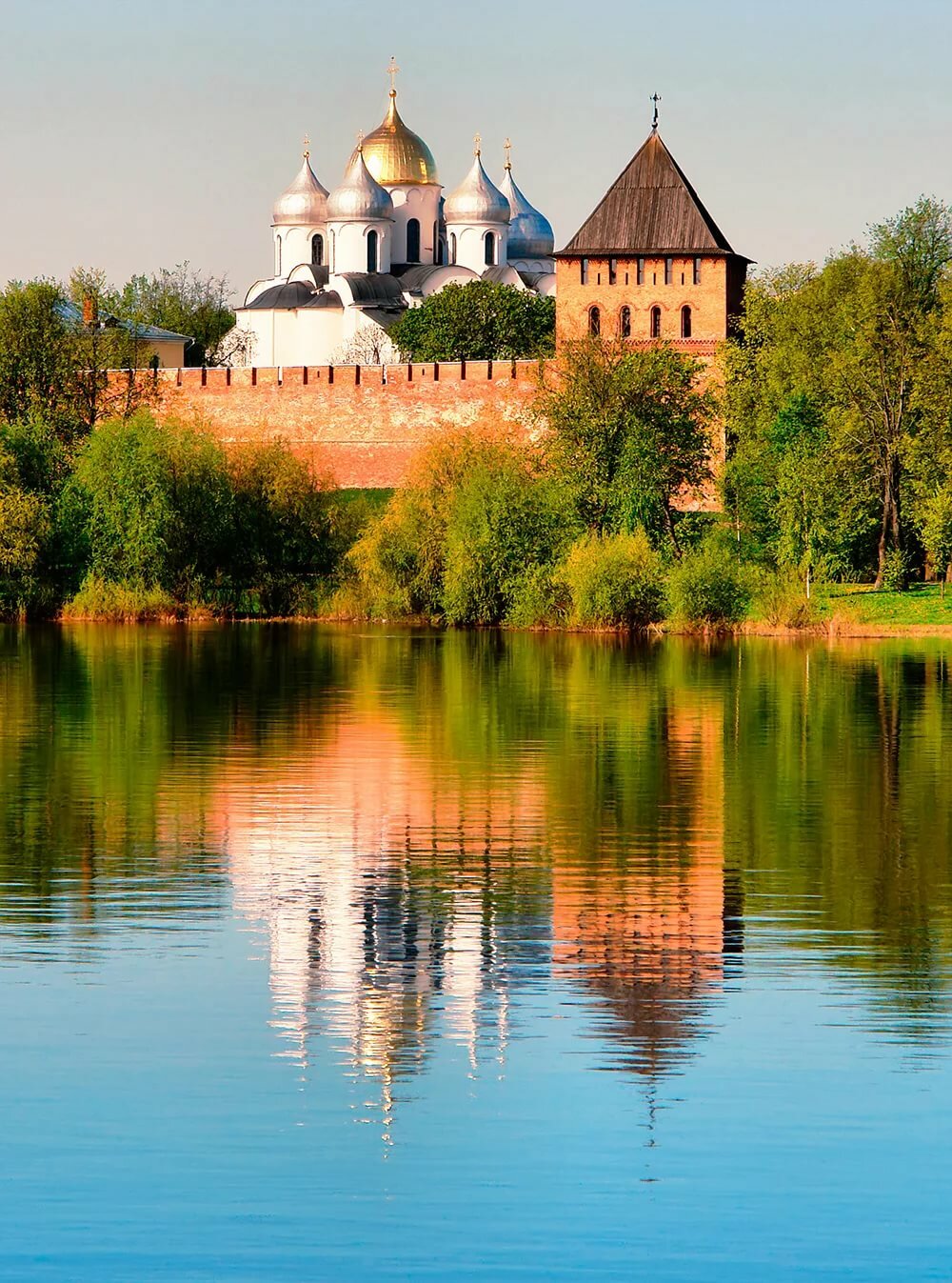 6. Don’t Be Rude On Public Transportation.

Be polite and try to stay out of everyone’s way. Offer up your seat to the elderly, pregnant women, or people with disabilities. Don’t speak too loudly, especially if it’s English or another foreign language; being noisy on the metro or bus is considered rude. Get a metro card to pay for your public transportation fees easier.
Unlike many American cities, where almost everybody drives, walking and public transport are the norm in Moscow and St. Petersburg. Moscow’s subway system is actually gorgeous, too, a sight worth seeing in its own right. Constructed as “palaces of the people” under Stalin, it’s like a giant underground church with mosaics of Lenin instead of Jesus.

Despite the stereotype that Russia is a frozen wasteland, Russian summers are positively lovely. When I was in St. Petersburg last July, the temperature stayed mostly in the ’70s and ’80s (Fahrenheit), but there were a couple days that got all the way into the nineties! St. Petersburg in particular gets a lot of precipitation, so be sure to have an umbrella or rain jacket on you every day in case of sudden rain.

It’s so far north that summer days are very long and winter days are very short. They even get a couple of white nights each summer, in which the sun doesn’t go down at all! As a tourist, this gives you even more time to explore and see the sights!

Even though it’s warm in the summer, Russians don’t usually wear shorts, so wearing your favorite jorts will be a dead giveaway that you’re a tourist. Be sure to pack a jacket or sweatshirt, because it can get cold at night!

Russia has something for everyone. I highly recommend visiting multiple cities. Whether you want to see the tomb of Lenin in Moscow or the separation of bridges in St. Petersburg or the Cathedral of St. Sophia in Veliky Novgorod, each city and town is lovely to explore.  No matter where you decide to go, you absolutely must go see the churches, palaces, and museums.

From the preserved apartments of famous writers, to art museums with wall-sized paintings by Aivazovsky, to military museums with everything from swords to tanks, museums are where you’re going to see some of the coolest art and artifacts in Russia. If you’re planning to go to a more popular one, like the Hermitage, try to get there as early as possible to avoid long lines. You’ll realize after your first one how much you’d be missing out on if you stayed away.

15 Things That Traveling Solo Can Teach You

I don’t know what I expected palaces to be like, but I was completely unprepared for how overwhelmingly magnificent they are. Pictures are completely inadequate to communicate what it feels like to be surrounded by a three-dimensional work of art, each room more mind-blowing than the next. In St. Petersburg, at least, there are palaces everywhere; I stumbled into my first one almost on accident, looking for information about beef stroganoff. If you’re planning on going to one of the more popular ones, like the Catherine Palace in Tsarskoe Selo, I highly recommend getting there as early as possible.

Whether you’re devoutly religious or a staunch athiest, I promise you, Russian Orthodox cathedrals are one of the most breathtaking things you will ever see. At a loss for how to describe these places of worship, I turn to the words of the envoys who convinced St. Vladimir to make Eastern Orthodoxy the state religion of Russia. “For on earth there is no such splendour or such beauty, and we are at a loss how to describe it. We know only that God dwells there among men….For we cannot forget that beauty.”

Due to the long-lasting effects of Cold War animosity, Americans tend to have a lot of misconceptions about Russians and their history & culture. Do some research in advance so you know what to expect and you know how to behave respectfully.

A couple of examples are that Russian men don’t wear beards, so male members of your party should be sure to shave, and women are expected to wear head coverings inside churches. There are superstitions you’ll want to follow as well (for example, if you whistle indoors, you might find yourself dealing with a worried-and-well-meaning babushka who thinks you’re going to lose all your money.)

Your research will also prime you for a greater appreciation of the things you’ll encounter on your trip. World War II memorials in particular are moving and humbling beyond description once you’ve learned about the heroism and sacrifice of Russian soldiers and civilians on a truly staggering scale.

Despite all cautions mentioned, Russia is a really beautiful place with an incredible history, culture, language, and people. Despite western stereotypes and misconceptions based on Cold War animosity, Russians tend to be very kind and interesting people if you take the time to get to know them and don’t judge them simply off of cultural differences. Of all the amazing things I encountered when I visited Russia, the most incredible by far was the people.

We hope these tips will help you prepare for your own travels to Russia! Share your own tips and stories in the comments below!
Featured Image Source via AsiaOne.com.

Here Are The Funniest New Girl Episodes To Cheer You Up

10 Delicious Peanut Butter Recipes That Anyone Can Make

Ways to Stay Active And Stay Safe During Coronavirus

10 Reasons Why Being Skinny Won’t Make You Happy

How To Stay Positive In Quarantine

10 Ways To Start Learning About Your Self