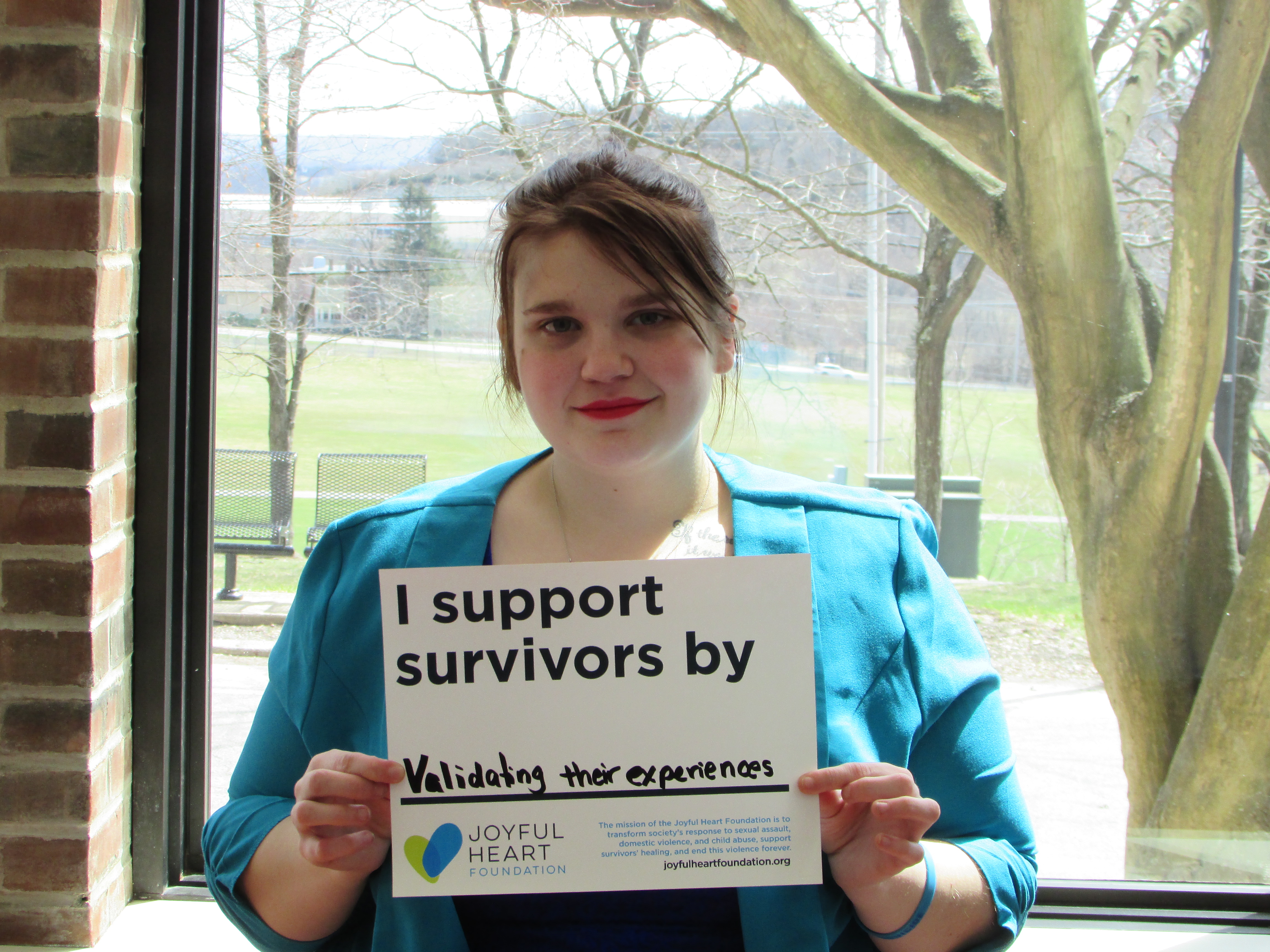 Getting inked isn’t a decision to make lightly – seriously, there are things to know before getting a tattoo. Everyone lets you know when you even mention getting a tattoo that they are permanent, unless you have them lasered off which is not only expensive, but quite painful. So, you know they’re permanent; you know it involves needles, so it isn’t the most pleasant for everyone, though some people find it incredibly relaxing. You also probably know that as you get older the way the image looks can change, depending on weight loss or gain, and sagging skin.

But there are things that no one tells you before you get a tattoo. Those are the things I’m here to tell you, from the mundane, like breathing is a good idea while getting tattooed, to the things not everyone thinks of, like having something in your stomach before you go to get one. This isn’t going to tell you what to get or where to get it, only you can decide that. Here are the most important things to know before getting a tattoo.

1. But I will tell you, if you’re going for your first tattoo, get exactly what you want, how big you want it, and where you want it.

Don’t let anyone talk you out of any of that. Even if getting your first tattoo on your ribs or on your foot might hurt, you’ll be grateful you got it where you wanted it later, especially if you wind up wanting more and you were talked into getting it somewhere you may have wanted a different tattoo.

2. Also, be aware, that if it’s really big, it may take more than one sitting.

The opposite is if it’s small, too small, you’re going to lose some detail. This is definitely one of those important things to know before getting a tattoo.

3. Have something in your stomach before you go in.

Not a huge meal, but maybe even a little snack, and some water. This can help if you get woozy. And if you do feel a little light headed, let your artist know. Ask them to give you a minute, or take a break so you can get some water. Your artist not only wants to give you an incredible tattoo, but they want to make your experience as pleasant as possible.

4. Speaking of artists, let’s talk about how you would go about finding the right artist.

Sure, for all intents and purposes, you could walk into a shop, tell whoever comes to the desk your idea, and hope it’s their specialty. Granted, most artists will listen to your idea and if it’s not something they think they can do, for whatever reason, they’ll give you the name of someone else, who may not be there, or who may be working on someone else. I’ve had artists tell me that they’re not good with tattooing words because their hands are too big, but refer me to another artist in the shop who is, and so far, all my tattoos I’ve gotten have been incredible.

5. But, if you want to be extra sure that the artist doing your tattoo is going to give you what you want, check their book.

Each shop should have books, portfolios, on their artists. These books show the artist’s best work, so you can get a feel for their style. If you want a black and white portrait, you don’t necessarily want an artist whose style is new age color. This will ensure that your tattoo will come out as you planned, if not better.

6. Artists may suggest different ideas to you that they think may make your tattoo better.

That’s fine, but if you’re not comfortable with it, let them know. I’ve yet to meet an artist who doesn’t listen to their client, but if you’ve watched Ink Master or any show like it, you’ve probably heard about them.

This is the one thing you’ve probably heard repeatedly that I’m going to reiterate in this article. Unless they’re the names of your kids. When I got a memorial tattoo for my mom, I didn’t even get her name, I got something that represented her. Especially don’t get the name of a boyfriend or girlfriend, or even a spouse. It’s like a curse. Generally if you get a name tattooed on your body and you’re in a relationship with that person, more likely than not, you’re going to wind up breaking up. I’ve seen it happen. That’s not to say it will, but don’t take that chance.

Get a symbol for the person instead, an animal they love, something to do with their job. I wouldn’t even suggest initials. If the two of you are married and want tattoos together, how about matching tattoos that even if things go south, can stand on their own. It’s a lot less awkward when you get into a new relationship, not having to explain your ex’s name on your arm… or other part of your body.

8. Let’s talk about aftercare. Follow the instructions your artist gives you.

That includes when it comes to going swimming, or exposing your tattoo to direct sunlight. Even with sunscreen on, if you go out in the sun with a fresh tattoo, the chances of it fading are much more likely. Soaking it in any kind of water can lead to infection. Remember, it’s an open wound. Take care of it like you would any cut. Clearly you’d find this on the list of most important things to know before getting a tattoo.

9. They ask you when you get there if you’re under the influence of any drugs or alcohol. Be honest. It’s for your own good. ‘

While it may seem like a good idea to take a shot of some liquid courage, it’s not a good idea. They ask to make sure, one, you’re not going to wake up in the morning, or whenever, with this tattoo that you don’t really want, and two, that the ink doesn’t push out of your skin, because alcohol can do that.

10. Tattoos can be expensive.

Most shops have a shop minimum, and most artists charge per hour. But, a lot of that money goes to pay the shop to rent their space, to buy ink, a whole bunch of things before it even goes into their pocket. On top of the price for the tattoo, make sure you’re tipping your artist. A good rule to follow when you tip your artist, is what’s called salon rules. Think of your hair dresser, nail artist, even the person who waxes your eyebrows, if you’re tipping them, you should be tipping your tattoo artist at the same percentage you tip them. And if you can’t afford to tip, wait until you can. Tattoo artists need to eat, too! If you didn’t think this would be on my list of things to know before getting a tattoo, you are not ready for a tattoo at all.

11. It is about what you get tattooed on you, but it can also be about the experience.

Has anyone else heard of the night out where you go out to a shop with your friends and throw darts at the flash to see what you’re getting tattooed? While I don’t suggest throwing actual darts at flash, the idea is good. I know for me, the tattoos I’ve gotten with friends mean so much more than the ones I’ve gotten alone. Not because the others aren’t meaningful, but because not only do I have an awesome tattoo, but I have memories that I get to think about every time I see it.

Those are what’s worth it. So maybe don’t go in having no idea what you want, but why not go get a Friday the 13th tattoo with your friends, even if its something you wouldn’t normally get, or go to a tattoo shop when they’re doing a charity event with friends and get a tattoo even if it wasn’t planned out meticulously? The memories will be incredible, and you’ll always have a piece of that night with you.

12. The most important thing I can tell you before you get a tattoo, is that you’re the only person who can decide what tattoo you get.

not your friends, not your parents, not your artist. It’s your skin, it’s your body. Your body is a temple, so why not decorate the walls? And decorate the walls how you want to, whether that’s with quotes, like me, or skulls and spiders and vampires. It’s ultimately your choice. Don’t let anyone convince you otherwise. This is the number one on the most important of things to know before getting a tattoo.

Let us know what you think about these things to know before getting a tattoo in the comments below!

I'm 25 years old, I'm a broadcasting major. I've been writing pretty much my whole life. I love writing, I love art. I'm an advocate for survivors of interpersonal violence, and I'm a Student Ambassador for my school. I love what I do, and I am so glad to be able to share some insight and wisdom I've picked up in life with the world.

What Hair Trend you Should Try Based on Your Zodiac

12 Red Lipstick Shades That Are Perfect For Dark-Skinned Women