After many years of college, you’ve finally received your degree and are now ready to join the workforce. Due to your easy going personality and set of skills, you have no trouble finding a job. During the first week, even before you receive your first paycheck, you are offered a promotion with a sizable pay increase. This, obviously, makes you very excited and you go home that night dreaming of all the things you can buy with the money you’ll be getting at the end of next week. Unable to sit still, you quickly grab a pen and paper and make a list of the top 10 things you’re going to buy when you get your first paycheck.

With your first paycheck, you’re planning on buying a new computer for yourself, since the one you have now, while functional, is becoming slower every month. Also, you’re required to be on your laptop for your job, so this purchase is a good business move…at least that’s what you tell yourself. The thing with computers, though, is that you always have to replace them sooner or later. You can’t just buy one and stick with it for the rest of your life. They’re like phones in that sense; you constantly need to update them.

The Next Book In Your Favorite Series

Many years ago, you read this absolutely fantastic book in a series, and you’ve been waiting ever since for the sequel, which the author is refusing to finish. Thankfully, it has finally been announced and you’re planning on buying it with your first paycheck. You can picture it now: walking into the bookstore and heading right to where the new releases are found. You see many copies of the book you’ve longed for sitting right in front of you. Picking one up, you turn it around in your hands to see the complete artwork which the illustrator has masterfully created.

So, you’ve been a little on the fence about buying the PS5 but, thanks to your recent promotion, the money you receive with your first paycheck will more than cover this expensive gift. Question is, are there any games worth getting for the PS5 the day it comes out? Well, there are a couple, but you can honestly do without them for a bit. It may seem like there’s no reason to buy the PS5, but you might as well get it now, since you’re probably going to be purchasing many games for it in the future.

While it can be fun to buy things for yourself with a first paycheck, you can’t forget to buy yourself food and water. You’ve never liked going to the store, since you feel like you’re there for hours wandering around lost. However, thanks to modern technology, you can simply make an online purchase and have the store deliver the groceries straight to your door. This makes things so much easier and, with the time you saved, you can keep reading your new book. It’s very good so far, and you believe it was well worth the wait.

A Subscription To Netflix

Reading can get a little tiresome after a while if you don’t have anything else to do, so you decide to buy a Netflix subscription with some money from your first paycheck. While you’ve had Netflix in the past, you’ve only been able to watch it on your parents’ account. You feel slightly bad about using their account after you’ve moved out, so that’s why you chose to get your own. It really doesn’t cost that much per month, and you’ll use it enough to where the money  for the subscription will be worth it.

You don’t really have a problem with any of your clothes. They’re comfortable and nice enough that you can wear most of them to work. Although, since you have some extra money from your first paycheck just lying around, you decide to go to Sears and get some expensive new clothes. You suddenly remember the times, when you were still just a child, that you accompanied your mother to clothing stores like this one. Before, you were never able to afford the nice looking clothes, but everything’s different now. You can get whatever you want without worrying about the cost. 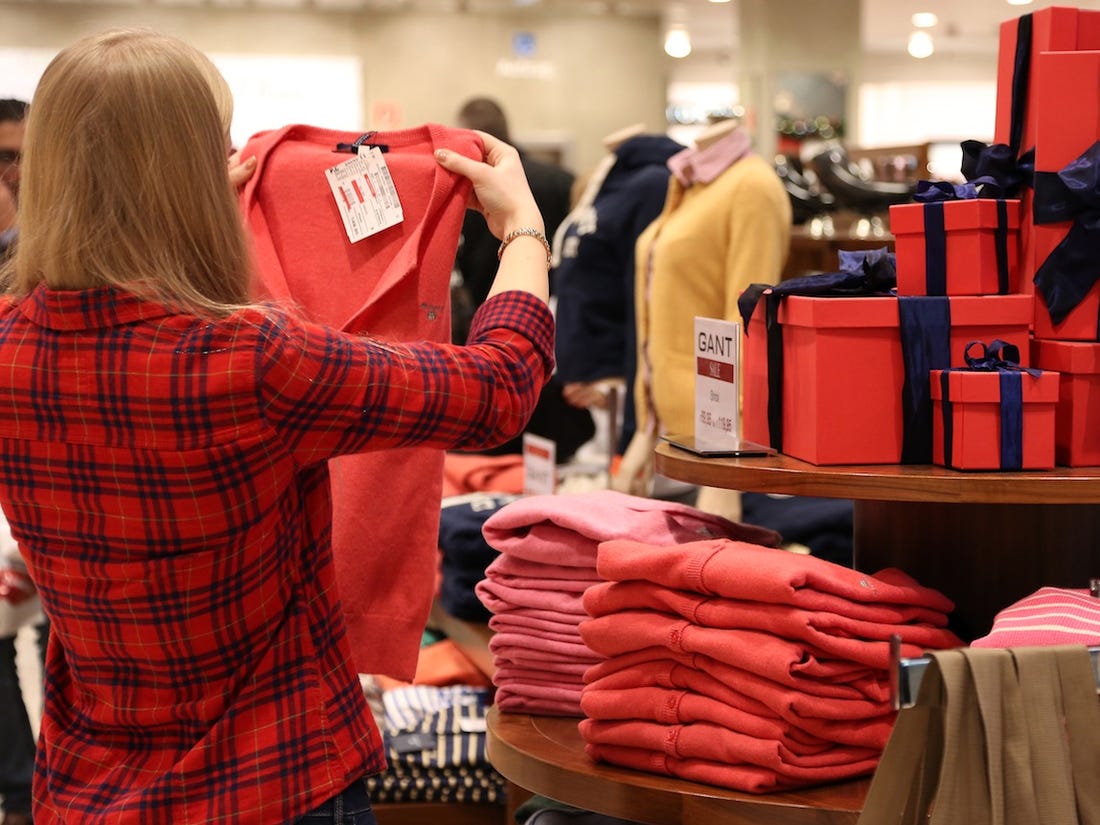 Buying some new furniture for your apartment is actually one of the most important things you’re planning to do with your first paycheck. The small couch and armchair that you have now were given to you by your parents, who didn’t mind parting with the old furniture that was gathering dust in the basement. For someone that previously had little to no cash, you thought they were fine. Now that you have some money, though, you think it’s time you bought a few small pieces of furniture. Perhaps a new armchair will make your apartment seem nicer.

12 Drinks To Try Instead Of Your Usual Coffee Order

Ever since you’ve had an iPhone, you’ve been trying to find somewhere to lean it up against where it wouldn’t fall over whenever you watched videos. You know that there are accessories that you can put on the back of your phone to hold it up, but you haven’t bought one yet. Probably because you keep forgetting to buy one whenever you’re at the store. Now that you’re making this list because of your first paycheck, you resolve to finally get one. It’s possible that you can include it on your order of groceries so you’ll be sure to get it.

Head To The Dentist’s Office

About six months ago, your dental insurance ran out, so you haven’t been to the dentist’s office in quite some time. While you’re not afraid that you have cavities or anything like that (you brush your teeth twice everyday) it’s still nice to confirm that everything’s all right in your mouth. You know that some people prolong going to the dentist’s office because they don’t like people poking around in their mouths, but you’ve always felt comfortable there. Actually, while you were still in college, you briefly considered becoming a dentist since you liked the atmosphere of the office so much.

Since you’re buying a PS5 as well as a Netflix subscription, you decide to go ahead and buy a new TV too. Thinking about television reminds you of the days when TV’s were really expensive. Back when you were very young, you remember that your family only had two in the house, and neither of them was a plasma screen TV, which everyone has nowadays. Out of curiosity, you check online quickly to see which ones are available, and you’re surprised to find that you can easily afford the biggest one thanks to your first paycheck.

What did you do with your first paycheck? Did you buy any of the things on this list? Let me know in the comments below!

8 Lessons I learned From My Billionaire Best Friend

How to Achieve Your Dream Career

10 Methods To Reduce Your Anxiety Before A Job Interview

How to Build Your Portfolio and Resume For Employers