Whoever decided that this steep-ass hill was a good idea is no friend of mine. If you live on campus or in South Oakland, this hill is the number one reason to never visit north campus or the Pete. And, if you do decide you need to climb up the Mount Everest of Oakland, you WILL immediately second guess your decision as soon as you feel the heart attack creeping up on you before you’ve even made it half-way. However, if you live in North Oakland or in Panther Hall, Sutherland, or any of the Frat complexes, then your life is a living nightmare every single day.

Most students look forward to ending a long day of classes by heading back to their houses to relax, but you north campus kids can’t even enjoy the thought of walking home because one trip up that damn hill is more exhausting than having six classes on a Monday.  I’m honestly appalled that there haven’t been any developments made regarding my South O to North O chairlift idea. I mean, what is all of our tuition money going to anyways, if not a classy chairlift that will reduce the amount of college student heart attacks each semester, while probably also increasing deaths by chairlift?

I walk the lonely streets, on the boulevard of Bigelow dreams…Okay, but all Green Day references aside, Oakland is a pretty scary place late at night if you’re alone, especially with all of the muggings that have happened recently. I am constantly on alert against anyone who walks by me on the streets past 11 o’clock in case they’re thinking about mugging me.

I could walk past Girl Scout Troop #811 transporting huge carts of girl scout cookies while singing gospel songs and I would still have 9-1-1 dialed on my phone in case they’re muggers in disguise. Or maybe they’re rogue girl scouts who are sick of all those damn girl scout laws and ready to move into the exciting world of mugging, how the hell would I know? Some poor kid got mugged outside of Panera for God’s sake! He probably felt so satisfied after eating his bread bowl dinner, and then BAM–Mugged. Stay safe out there kids.

No one likes parallel parking in the first place, so this is something that everyone around Pitt will avoid, if they can help it. Plus, finding a spot is harder than the actual act of parking itself because no one else wants to move their car and lose their spots unless it’s crucial. I once went a full month without going grocery shopping because I didn’t want to deal with the hassle of finding a spot afterwards. You have to heavily weigh the risk of losing your spot to the reward of what leaving will get you.

Remember those two days when Oakland had no clean drinking water and we all convinced ourselves we were either dying of hydration or had giardia? Yeah well just because Pittsburgh cleared the boil water advisory, doesn’t mean the water is always as clean and safe as they say it is. My friends’ house has milky water that I wouldn’t touch if they paid me, and I’m financially unstable college kid, so I would do just about anything for a couple bucks.  It’s hard to quench your thirst after a long day when the water you’re drinking makes you think “am i gonna grow a third leg?”  Then again, sketchy water could also turn us all into X-men or something sweet like that, so maybe we should just take the chance and hope for the best???

Holy shit, these are an unsuspecting drunk person’s worst nightmare. Imagine it like this, you’re a few drinks in and decide to walk with some friends to a nearby party. The house you’re heading to isn’t even 3 blocks away, but somehow you trip forty plus times because whoever cemented the sidewalks of Oakland purposely did this for his or her own enjoyment. They for sure sit in their house at night and giggle just thinking about how many people have taken a tumble because of them.

If you haven’t tripped on the sidewalks around Oakland, then you must either always walk with your head down, or you float 3 inches above the ground because HOW??? The best is when you’re speed walking to class and you trip and have to nervous-laugh it off to play it cool, when in reality that small trip just put you that much closer to a nervous breakdown. Ha ha I’m fine, really…

6. The amount of time it takes to get a bagel at Einstein’s in Posvar

Bagels make the world a happier place, but this may be the most infuriating thing that can happen throughout your day. You get to Posvar, put in your simple bagel order, but suddenly there are 40 people waiting around the line for their own bagel, and your day has just taken a turn for the worse. Where did all of these bagel-hungry people come from???? And I mean how long does it take to toast and put cream cheese on a bunch of bagels???? Don’t even get me started on buying a bagel sandwich. You better email the professor of your next 3 classes and let them know you got caught up in Posvar waiting for a SANDWICH. It’s going to be okay. Breatheee. Breaaatthhhheee!

20 Signs You Go To Purdue

Was Hillman even created for productivity? Every floor besides 2nd and part of the ground floor is like an I-Spy game where you have to find any available outlets as fast as you can, because there are NONE. And if you do get lucky enough to sit at a table near an outlet, you will constantly be asked, “hey, would you mind watching my laptop while I charge it over here?” Like, of course I don’t mind pretending to watch your laptop, but I honestly won’t give it a second glance after you walk away because I don’t care enough to babysit your mac, Sorry Chad. Also, what is even on the 3rd floor of the library? There are about 4 tables and 3 outlets, so it’s like musical chairs from charging. If the 3rd floor were to be a destination in the afterlife, it would definitely be purgatory because there’s no real point to it and you always end up ditching it to go to some other place eventually.

Mmmm, did someone say Market? If you’ve ever consumed the dining hall food then I’m sure it’s no real surprise that Market made it onto this list. First off, the maggot in the pasta incident–a day that will live on in infamy—was absolutely horrendous and I’m not sure why we all still eat at market after that happening. Second, none of the other food in market ever really looks or tastes that appetizing unless it’s some new student orientation where the university does everything it can to trick the prospective new students into believing the food is halfway decent. And Lastly, the only thing you can even get past 10 PM in Market are shitty fried foods that make you feel like you’re going to die from a clogged artery.

If you live or have ever lived in towers then you’ll understand the pain of these elevators. Not only did they have doors that closed like death grips, but they also moved slower than molasses at the exact moment you needed to get somewhere in a timely manner. Also, only one of the three elevators traveled to every single floor in each tower. Who thought that was a bright idea at all??? Like, yeah let’s make it so only one of the elevators goes to every floor and the other two can go to every third floor because that would be the most efficient approach! Come move out day, my family and I carried moving carts up 19 flights of stairs because FUCK those elevators, am I right!!??

If I missed any other things that totally suck at the University of Pittsburgh, feel free to attack me in the comments below! 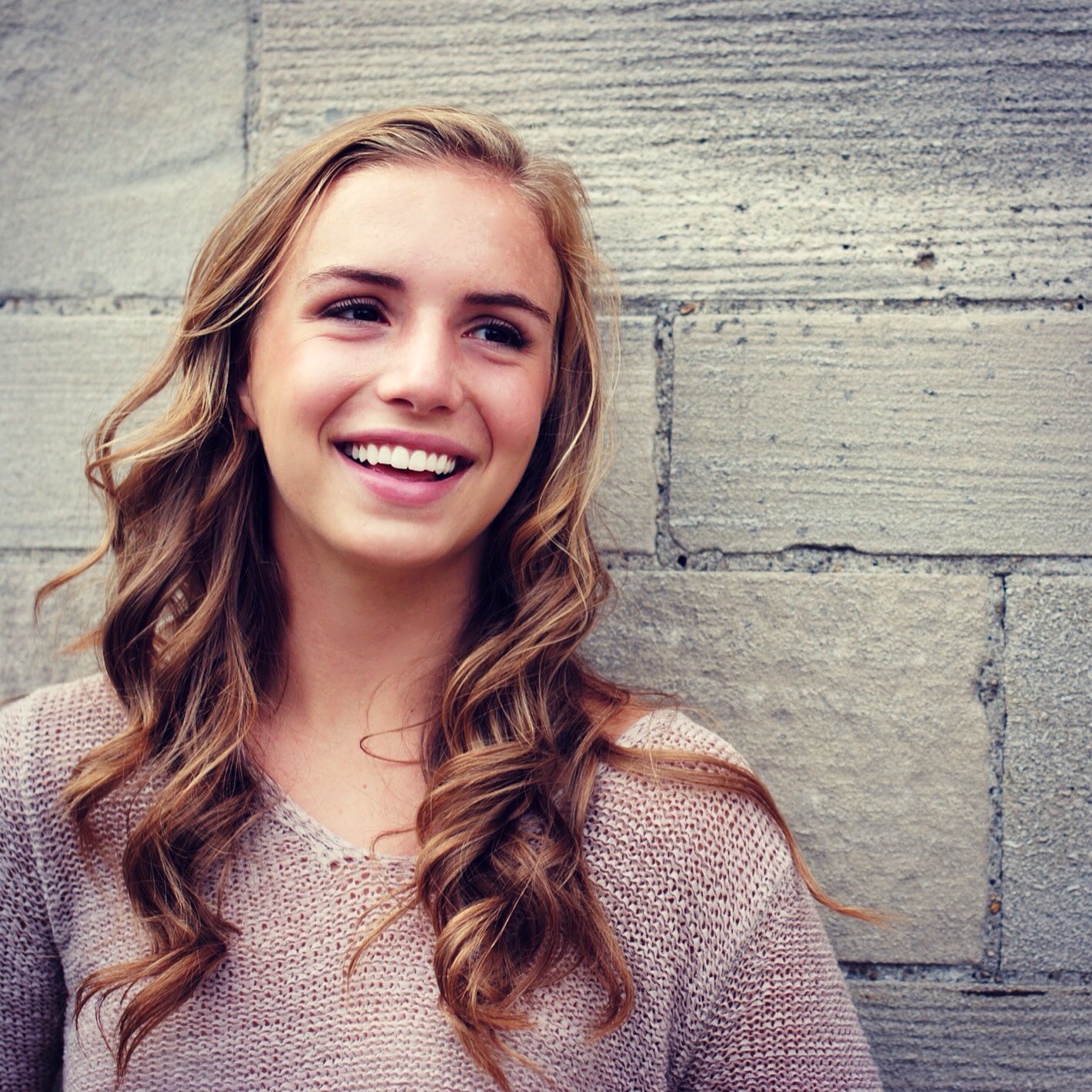 Hey, my name's Madison and I'm a student at the University of Pittsburgh. I really enjoy writing and I'm super into movies, books, and TV. I like to focus mainly on comical/satirical writing to keep things light, but sometimes I'll throw in other genres as well. Thanks for supporting my articles on Society19, I really appreciate all of the shares and cool comments I get from people and I hope I can keep putting out fun articles you can enjoy! :)

What Exactly Happens During Sorority Recruitment At James Madison University

Things You’ll Miss About University Of Pittsburgh Once You Graduate