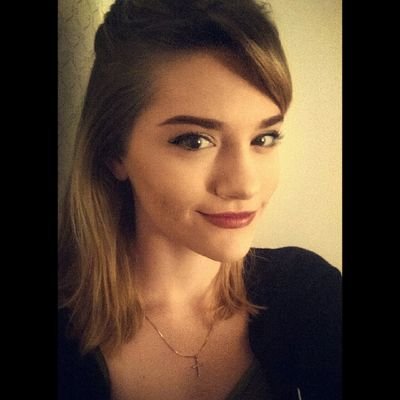 I'm a sophomore at Rutgers University. I love to listen…

I made the mistake of leaving mine back at the apartment after I woke up for day 2 and this caused so many problems. How can they verify that you’re a part of the orientation group if you don’t have any physical evidence of that? Learn from my mistake and treat your name tag as if it is your child.

2. You’re going to have to walk around.

This may seem self-explanatory, but I’m telling you that if you aren’t appropriately dressed for these conditions, you’re going to be miserable. There was a girl in my group who wore really thin sandals and was complaining that her feet hurt the whole entire day. So be sure to wear sneakers or sturdy shoes. And dress in layers.

3. You’re going to have to play games.

4. Your orientation dorm is nothing like your freshman dorm.

You’re going to be spending two nights in your orientation dorm. When I attended orientation, (I’m a sophomore) we were blessed with the Livingston Apartments. If you happen to get put there, don’t get used to the luxury. Freshman dorms like The Quads or Demarest are not as nice.

You’ll be awkwardly sitting in the grass or standing over by a tree for an hour because your group finished the exercises too quickly. The food breaks tend to be long and drawn out as well. So you can either talk to your fellow group members or ask your orientation leader some questions.

"As an OL, you always have a group that looks up to you. It really inspires you to be the best person you can be, for them." – Hallel Yadin #upstreamoteam

You will be taught the RU-Rah-Rah chant. You’ll be encouraged to dance whenever music is being played. The orientation leaders are super enthusiastic about the university and it’s kind of adorable to witness. You’ll find yourself filled to the brim with college pride by the time your visit is over.

Our #mcm this week is OL Brandon Slover! Brandon hails from Bound Brook, NJ and he is going into his second year at the Rutgers Business School. He recently returned from Berkeley, CA on a trip with a "Young People For" Fellowship. Brandon lives by his motto, #EmbraceTheGrind and can't wait to make your #RUorientation experience one for the books!! ☺️💪🏼

7. There will be tons of photos taken.

Photos taken with our mascot. Photos taken with your orientation group. Completely candid shots that end up somewhere on the internet. It’s like having your own paparazzi. Take a lighthearted approach and use it as an opportunity to preserve memories with people that you may continue to be friends with throughout college.

Meet one of our OLs, Danna Almeida, and her group Danes & Knights! Danna loves being an OL because she enjoys being one of the first personalities students meet here at RU & showing students why she loves this amazing university we ALL call home! #RUOrientation

10 Things You Realize When You Move Away To College

Which is why they give you a bag to put everything in. You will be collecting a bunch of information about your major, possible extracurriculars, etc. You’ll get more pens at orientation than you have ever owned in your lifetime.

You’ll get the opportunity to explore the area. Want to watch a movie at the RU Cinema? Care to join a group for improv? Want to dance the night away with your new friends and orientation leaders? You can do it all and so much more. You might find yourself overwhelmed and exhausted by the time you call it a day.

10. This is your opportunity to ask serious questions.

Want to know how the bus system works? Ask. Want to learn more about the takeout schedule? Ask. Orientation is a judgement-free zone. Every person there wants to do whatever he/she can to help you succeed and make the most out of your college experience. Your orientation leader has attended your college for multiple years and has been trained to have a certain amount of knowledge. So who better to ask for advice than your orientation leader?

I'm a sophomore at Rutgers University. I love to listen to music and read :)

10 Tips for Owning Your College Hookups