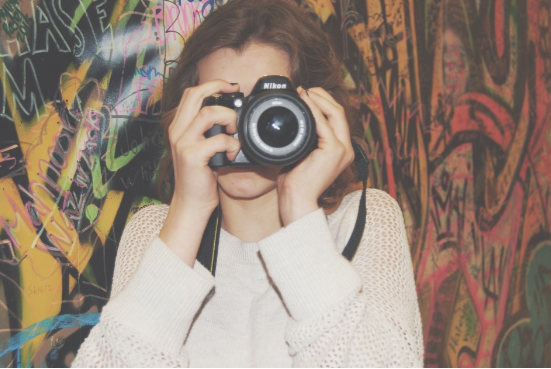 Im Kaili, I grew up all around mid west america.…

10 Things That Totally Suck At SDSU

Every parent dreads the thought of their child being flawed. But hey, it happens. And it’s not your fault. You and I both, can get through this. Here are 10 things I wish I could tell my parents about my depression. (This is not condoning depression or even romanticizing it, I am simply explaining my situation and giving you my thoughts)

My dad always believed it was his fault when I got depressed. He thought he was being to hard on me, and making me feel worse. Which he wasn’t, he was helping and I couldn’t tell him I felt that.

2. I know you were trying to help.

My dad would get mad because I wouldn’t let him help me, I would push him away when I needed him to stay. But, that’s what depression does. You end up hating everything and everyone you love. I think this is the hardest thing to write about because it was the worst part of my depression.

As much as I wish I could tell you I was better, I couldn’t lie to you. I was not getting better, and it wasn’t your fault. It got worse and I started smoking and drinking and other unmentionables to ease it down.

4. I needed to suffer for the better.

This may sound weird, but I needed him to let me be, so it could leave. My depression would come in waves and I would sit in my room and wait for it to end. I wasn’t physically capable of getting up and calling a friend, I couldn’t eat and it was okay. I knew that the sooner it happened, the sooner it would leave.

5. I believe you were trying your best.

My dad always told me he is trying his best, that he has to work to support me and my sister. That he wishes he could stay home and help me, but he was stuck at work. And that’s okay, you just telling me you wish you could skip work for me helps a lot. It would ease it a little, and that enough.

6. Sometimes I need to be alone.

This one sort of goes with number 4, but sometimes I just need to be in the sanctuary of my room. I need to be alone and as much as he was scared I would do something regrettable, I needed to be alone.

7. I would never actually kill myself.

I attempted suicide about four time and I can recall three of those times. The first when I was nine, the last when I was fourteen. I would never actually mean to do it, it was just that my depression got so bad I just needed it to end. So, I tried helping myself, which would result in you thinking you weren’t what I wanted. And you were everything I needed through these times.

8. I did believe you when you told me I was worth it and beautiful.

You are the only reason I am better. I believed you when you told me I was worth it, that I would do amazing things in life, that I was beautiful. Dad, you helped me overcome everything I have been through, and even though I don’t have the lady balls to admit it to your face, I am glad you told me these things I so rudely ignored you about earlier in life.

What You Should Know Before Starting On Antidepressants

Sometimes throughout my battle, I would think that you thought I was overacting and being a bother. I thought that I was constantly nagging you about me being scared. But, now that I think about it, you never thought that, and you didn’t think anything more than, ‘my baby needs help,’ I remember you telling me that you used to cry yourself to sleep at night scared I would do something bad because you thought it was your fault. Which it wasn’t and I apologize for making you do that.

I did want to end my life at times, but knew it would stop my suffering, but would continue yours. Though I do admit, I thought I was just annoying you, looking back now I knew I never was. You wanted me to get better and so you took me to doctors and hospitals to get me better. But all I needed was you. And you were what helped me get better.

Do you relate to these things I wish I could tell my parents about my depression or have your own? Share in the comments below!

Im Kaili, I grew up all around mid west america. I am wanting to travel the world when I finish college. I am going in for Journalism and am going to study abroad, my love you people and cultures will guide me. I am a Sons Of Anarchy fanatic and can also enjoy watching American Horror Story and The Fosters.

10 Proven Ways To Make Someone Fall For You

10 Things That Totally Suck At SDSU

8 Ways To Get Rid Of That Funk

Pamper Sessions Ideas For When You’re Having A Bad Day

How To Balance Depression And Self-Love